The Argentino Select 12 was a real success, beyond that on the last day of competition, the weather conditions 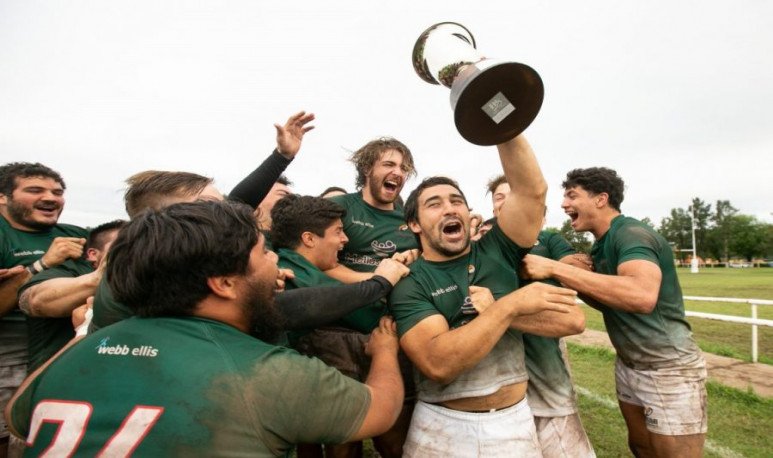 By: Redacción
The Argentino Select 12 was a real success, beyond that on the last day of competition, weather conditions did not help. The tournament organized by the Argentine Rugby Union, with the participation of senior and youth selected from invited unions such as Paraguay, Uruguay and Chile, ended up paying fruit.Ariel Mammana, Vice President of the Argentine Rugby Union, said after the culmination of the event that” We're very happy with the event. There was a good level both in the youth category and in the senior category and above all, because there are players who take advantage of these events to show all their qualities and the desire to continue growing.”  “That Uruguay, Paraguay and Chile have participated raised the level, because it took international character and it is also very good for South America to be able to join the Argentine tournaments that have a good level, with an oiled organization.”  “The UAR has always been open and generous for selected participants from the region in this type of competition. For the players of Argentine provincial unions, the confrontation with a national team also motivates them and demands” In sports, Andina won the titles in the Silver Cup in both Juveniles and Older, while Misiones and Uruguay celebrated in the Gold Cup of Older and Youth, respectively.The selected charrúa not only won the highest trophy at the youth level, but also got the passport to play the Argentine Championship Ascent in 2019.The protagonists left their feelings about this great competition: José González (Youth Selected — Andina) :” The final balance of the tournament is very good. We were able to compete at a high level with respect to what we are used to and having stayed with the Silver Cup ends up being a prize for us and happy to have reached this instance.”  Juan Calamera (Youth Selected — Andina) : “We came to Córdoba with our head set to ascend, but we ran into the first match with Uruguay where the defeat forced us to play for Silver. Beyond the final result, we are happy because we were able to add several 16-year-old boys and we are sure that next year we will fight for a promotion” . Elijah Isaiah Bogoya (Captain Andean — Elderly) : “We have a very big emotion. We are a union where everything costs us a lot, but that everyone has contributed their bit made us stay with this title. A good coaching staff was put together, the players accompanied everything.”  “I found it a very good idea to join national teams because it helps the growth of our rugby. Rugby in South America has to continue to grow and being sponsored by the UAR is very good especially because we help in the growth of our sport in the region.”  Santiago Jara (opening of Misiones):  ” The final balance is very positive, a barbarian group was created and we were able to meet the expectations we had raised in the previous one. It's the third consecutive final we played. We had lost the previous two, so the joy of having achieved the title in Córdoba”.  Martin Bogado (wing of Misiones):   “This title means a lot to us since we were looking for it three years ago. The team was from lowest to highest, the first day was not what we expected, but on Sunday things went as we wanted and luckily we could keep the title.”  “Having played the final against Paraguay was a plus, we knew they are a difficult team who know how to play very well one against one, but I think Misiones stood well, we did the game plan that the coaches asked us and closed it with the cup.”  Ignacio Pereyra (Captain of Uruguay M17):   “We are happy to have consecrated ourselves champions, we are a very united group that has been working hard for a while now and we deserved such a prize.”  “We are grateful to the UAR for the invitation, we beat a tough rival in the final as it was Alto Valle and, as an extra, we were able to qualify for the Argentine Youth Ascent Championship next year which will help us continue to grow.” Source and Image: UAR