The old star of the Catalan team renewed her scoring drought against the classic rival, night where doubts about her future were enhanced before the contractual deadline. 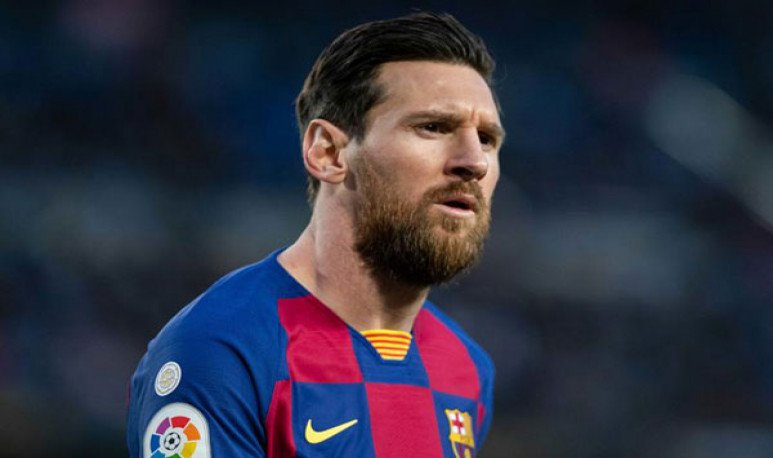 The images tour the world before the world's gaze absorbed by its eternal followers and the foreseeable worn out of those who do not sympathize with  Barcelona's star . Taken exactly at the right time, both the video and the photos show the Argentinean on the playing field of the stadium Alfredo Di Stéfano shipping in cold, while the great rain and wind exerted an adverse effect on his careful body mass. Real Madrid's unobjectionable 2-1 victory against the classic rival left a huge eggplant of conflicts to be resolved for Dutch coach Ronald Koeman, but above all they opened the wounds of the  Argentine star  , which inside analyzes whether it makes sense to stay in the club where he became master and lord for several decades of glory and power.

It is paradoxical that just one year after the much-mentioned “burofax”, that is the communication with which the rosarino striker warned Barcelona of his decision not to continue in that entity, the  footballer  far from having defined what will do with his future again plunge into an ocean of doubt, while a few suffer and others do not stop laughing at the debacle of the star of the european football. The impossibility of the team where the great figure born in Argentina militates to reach the top of the Spanish championship, the defeat against the classic rival and a mediocre performance of the world idol against a tactical approach by experienced Zinedine Zidane, opened the wounds that seemed to begin to begin to heal after the assumption as president of the director Joan Laporta, a faithful admirer of the old shipowner of the Catalan institution.

During the last few hours, the media not only in Spain but most of the press that follow the advances of the entrenched Argentine player around the world, once again exposed the ranges of lobbies that orbit the future of the six-time winner of the Golden Ball to be considered by FIFA, a situation where the fate of the Barcelona star appears in these hours immersed in a growing mental mud looking for his destiny. Offers to continue his career in Spain, Italy, England and the United States have woven a big web in which Newell's youth peeps stuck, looking everywhere without a concrete idea where to direct his steps after June, a countdown that today finds him more disoriented than in front of quite a few teams that put him on the court. 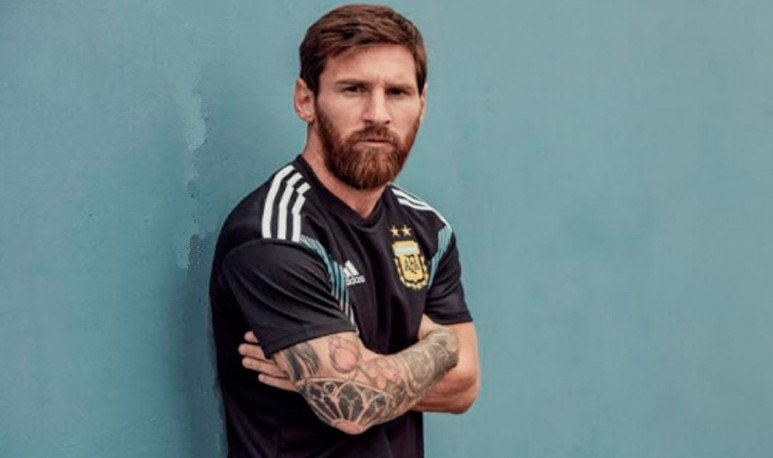 It is likely that for the Argentinian figure who landed as a youth promise on the big barcelona lawn and became the idol that recognizes much of the world, all the things that were listed as central objectives within the powerful Catalan club seem for sure a brutal house of cards razed in a few milliseconds by a tsunami of defeats, failures and questioning. If before the Barcelona star faced with some kind of crisis armored by coexistence with other renowned companions, today the point is that bullets are entering it, leaving exposed a fragility where the troubles were attenuated by other circumstances. For evil, the media magnifying glass amplifies those catastrophes and chaos now became his most faithful friend.

When the Spanish club's flyer media planted a war flag, the destinations of the Barcelona star emerged with very diverse options. The first team to show interest was Manchester City, but the contractual clause that obliged to pay that 700 million euros for taking the bearer of the 10 culé jersey, under the fumes and left the window open for the others. Now, with the confirmed withdrawal of the Kun Agüero to this institution, it is unobjectionably difficult for the Barcelona midfielder to decide to move all his flasks and bartulos to English land, knowing that his friend will not be in that formation to accompany him. As much as Pep Guardiola does not hide anyone his interest for the Argentine to land on British soil, many familiar factors act as contracara for a player's arrival in the UK. The only thing that could give the British a joy, is that the Barcelona wheel agrees to play a season in that team admired by the Gallagher brothers, but knowing that the capitals that run this institution will allow him to access a transfer to New York City in American football, where Maxi Morales and Valentín Castellanos are currently active, a chance that does have the endorsement of the Barcelona idol and his family, to generate a landing in the US capitals.

In recent months, the only institution that continues to show interest in having the Spanish star, is the PSG, French team with foreign capital today able to pay a millionaire contract to count on the star of the Catalan team, but as if this vulgar comedy of entanglements does not have too many chapters at this point, now the designs of destiny find the French champion Mbbapé infatuated by leaving the qualified Gallic team. The project to join the French team scorer with Neymar and the Argentine midfielder is passing wrecking waters, begins to wreck amid the negotiations each star claims at this height of the year, looking in June for a better contractual future for the next season. 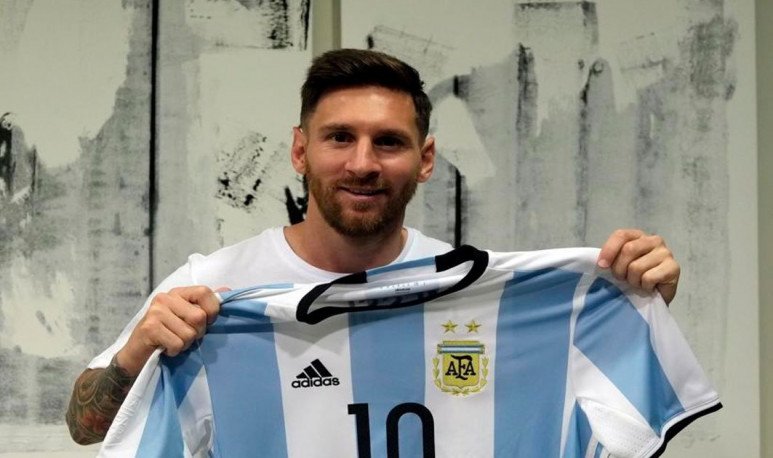 The chances for Barcelona to keep behind the Argentine wheel, still retain weight at this point of the events. Beyond the defeat against Real Madrid, the team led by Ronald Koeman celebrated the draw of Atletico Madrid as a visitor, an equality that did not allow him to get away at the top, leaving the Spanish championship with Simeone led only one point ahead of Zidane's team and only two with the Barcelona squad, there are still enough games to play. If all things collide with huge wind in favor and some miracles of destiny, giving Barsa a minimal chance to win another local tournament, this circumstance could end up supporting the thesis on a possible renewal of the famous Argentine player in the team where he developed his entire football career. iacute; stica. Naturally the renewal will be in terms of the Barcelona idol, conditions that will include a large number of reinforcements and also a capital disbursement of the Catalan institution with the player.

The interest of the Argentine media astro in getting club to play from next season 2021-2022, inocultably naked another point of interest on the steering wheel that carries the traditional number ten on his back, that is to say being active before the next World Cup, to develop in Quatar at the end of next year. For now the qualifiers for that world cup are in the world, hit by the pandemic and all the borders closed that prevent the unpostponed chapters of the qualifying phase for that competition, accumulating matches that at some point must be realized if the new edition finally is developed on Arab soil. The 2022 World Cup is still immersed in a mantle of doubts, as the accusations of influence trafficking allegedly made five years ago with many millions under the table, making that location chosen for the new global competition, could suffer a harsh reconfiguration if justice determines certain elements that prevent that tournament.

The history of the Argentine midfielder based in Spain several decades ago is devastating. Since the player participates with the national team, Argentina did not win any title and only won a runner-up in 2014, favored by certain elimination cadres and an arbitration against Holland simply embarrassing in normal playing time. The media flyer carries a curious record, with a total of four unsuccessful world championships and several controversies around his figure. Accused of leading a coup d'état in the “Sampaoli management” with other sporting leaders during all matches of the 2018 World Cup in Russia, now participates with interest in the matches that the blanquiceleste develops under the command of Scaloni, second of Sampaoli, who became the distracted so as not to leave with the resigned and bald technician when the potatoes burned. Everything makes it think he will be summoned, especially by pressure from the sponsoring firms, but it is a question whether he will achieve that desired result or stretch the negative record to 5 world championships watching his rivals raise the cup in the final match. 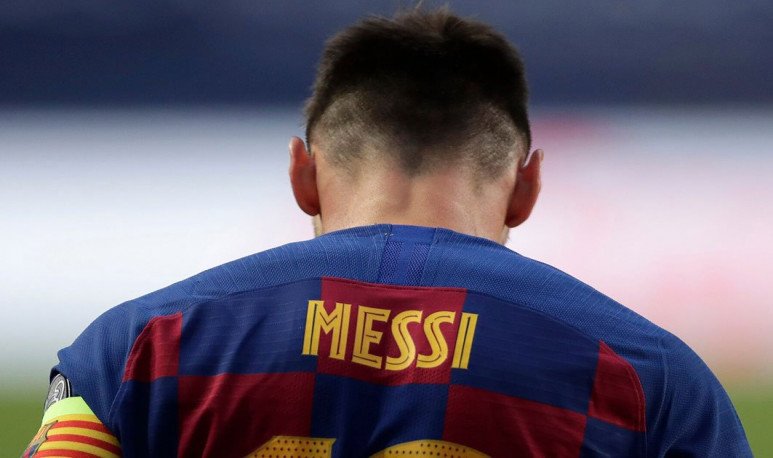 Prone to hold his head constantly before sports traps, frequently mutating capillary cut and looking for forces to go to know where in the middle of several defeats with Barcelona during key matches, today the Argentine steering wheel receives from several places an overflowing amount of pressures, which immerse it in depressions clearly as powerful as when it was found in 2015 that he and his father went to trial for a millionaire tax fraud in Spain. Without being clear what fate will be his new sports goal, very accused by commercial interns and also the weight of his family in the next place of residence, Lionel Andrés Messi Cuccittini, at his 34 years chews discomfort when he has at most three seasons of performance on the fields to a relatively worthy level. With the burden of living backed by many sports media that suspiciously turn a blind eye in adverse times, now the footballer enjoys less on the field and does not ignore that in Argentina he is questioned in a lapidary way for his failures with the national team, something that Diego Armando Maradona's death stoked in a way devastating in recent months. Without the armor of competing accompanied in the Barcelona club with stars like Iniesta or Suarez, the Argentine midfielder born in Rosario on June 24, 1987, does not hide that the most important match of his career is to define his future, a match where any hesitation will extend the course without success that accumulated in the devalued Hispanic competition, a playstation of many millions with players who did not learn to score it, to contracara from those rivals who in each world cup care three cucumbers the surname and fortune of the player by leaving him unused without the ball looking at the sky in search of a miracle that does not will arrive.