We put a little thought on the possibility of Leo Messi's arrival in Boca Juniors. 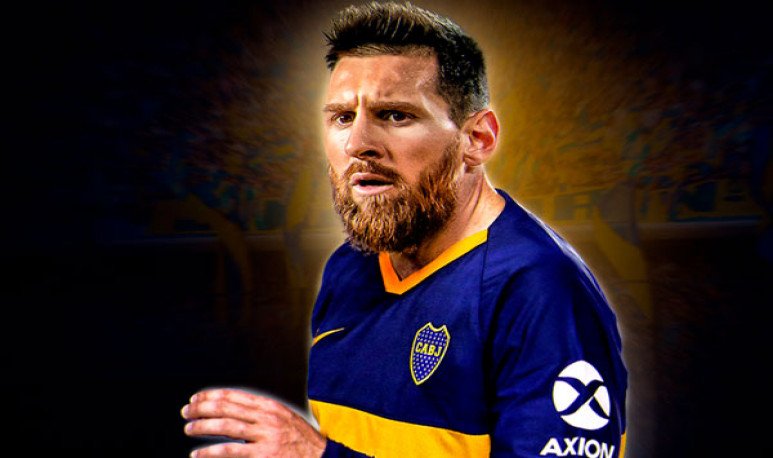 Almost as a notice on the board of the neighborhood club or that requested by a vast silent majority, I tell you the basics of a desire that has very low probability, but which inevitably,  Leo should consider : Messi a Boca Juniors.

Of course  he can play wherever he wants . As true as the Boca Juniors shirt is not for anyone . I encourage me to say that in principle I would have the endorsement of a vast majority who understands his love for Newell's, in the same way as Martin or Guillermo with Students or Gymnastics. But they obviously needed a big one to consecrate themselves.Let's not forget that Boca Juniors competes in the major leagues. He is always the protagonist of Copa Libertadores. That he never came down. That  his recognition reaches every corner of the world . And its popularity transcends even the great elite teams of the planet that is in the likes of Leo Messi.

The Roman with Leo

One Sunday afternoon, back in the 90s, the greatest player who ever seen my eyes, almost like a farewell, decided to give the  number 10 shirt  to a young man who had just debuted. I mean  the two greatest players  my eyes have ever seen. That kid, today he is vice president of that institution, who is also the delight of the great Leo Messi, with a relationship that transcends sports.That mutual admiration between Leo and Juan Román Riquelme could give him the shelter he seeks. An interlocutor who endorse his most intimate desires, to pave a step that could flow wonders. JR would put the red or blue carpet on him, to lend him the garden of his house. And the number 10 coat to look the best of himself, in his good way through the coliseum.

Not to mention the proximity to the National Selection. That illusion that we must  reinvindicate our football  with the blue and white. In order to adjust and accommodate everything, in the face of the next World Cup. Considering it will be the last great opportunity to get Messi and our National Team back to  world champions .

Leo should think seriously about this opportunity... Phone for Jorge (the father)...It's Roman who opens the doors of the club to make everyone's great longing possible. And Michelangelo Russo would be more than happy, wouldn't he?

And who pays the party?

With regard to the economic issue, obviously, the big point in question and probably the most  complex  to solve. In this sense, no club in Argentina has any certain possibility. But can't we talk about a loan or a temporary assignment for about 6 or 8 months?If it even seems like a good arrangement for Barcelona. A very elegant way out to the great conflict they are going through. Nothing better than avoiding having to compete in a Champions League match against Messi. Playing with other colors and facing the club of his loves, which gave him everything.

Finally, I will refer to his wife, Antonella Roccuzzo, a fan of Boca. That for now carries a repressed silence in relation to the subject, so as not to arouse subtleties that could complicate her husband. It is time to release that torment and allow us to genuinely enjoy this noble illusion. The green passion!

There is no player in the world who resists the temptation to try blue and gold for a few months. To live that  unique locker room . That trembles at the voice of thousands of fans who accompany everywhere, who encourage without stopping. Of wanting to travel those corridors of “La bombonera” on the exit to the court. Knowing that your wife and your children accompany you from the box. And leave the soul in every play of the legendary Argentine club that transcends any price you can afford it...

The vast majority would pay to wear that shirt  and play for a few minutes, just for the fact of feeling it.Believe me, Leo, the opportunity is today! Hundreds of fans like me would pay fortunes to watch you play in Boca. Excuse my passion... but I'm an Argentinean fan. What do they intend?

Maybe when the pandemic completely passes? If the positive cases of coronavirus do not return. If there are no players infected again. Let me dream, it costs nothing.