He scored the impressive number on the same day as 14 years of his first half. 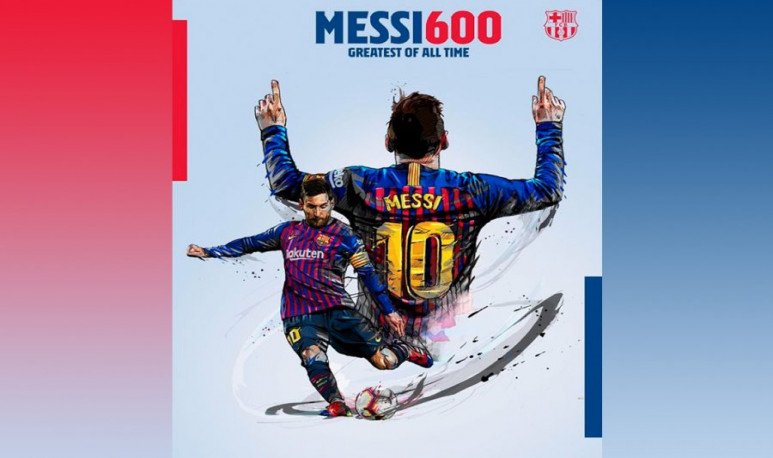 Lionel Messi reached 600 goals converted in Barcelona  exactly the day he celebrated his first goal in the only club shirt he wore throughout his career 14 years ago (May 1, 2005 against Albacete).

He did it with a free kick goal against Liverpool , for the first semifinal of the Champions League.

It is that really  only the chosen ones, the best scorers in history and the footballers who scored one time exceeded 600 goals  in their career, and Messi, at 31, reached that figure against Liverpool for the first semifinal of the Champions League and with a splendid free kick.

And among them is now the rosarino, who c scoring the goals he made between Barcelona and the Argentine national team already reached a figure (661) that could only overcome six more players . With the blanquiceleste he has 61 conquests in 45 matches. The 600 scored them in 683 games with the “Barsa”.

Apart from Messi, still active only his top rival is  Cristiano Ronaldo . The Portuguese is 34 goals above him, but in 147 more matches.
It is that of the footballers who are still in activity, Messi is the one who has the best average.

But it is still far from the great scorers of history . Ferenc Puskás and Gerd Müller, fourth and fifth respectively of the list. And the podium is completed by two large and one more unknown. Pelé has the bronze medal, while the second is former Barcelona Romário da Souza, but in turn is the one who played the most matches. And the leader is Josef Bican, footballer from the 30s, 40s and 50s,. A spectacular scorer result and that could still be better, because it is said that he would have scored more goals in his career that are not counted.

Balance sheet was not approved in Belgrano de Córdoba

What happened between Urcera, Conta and Keys at the start of the end?

Delfina Pignatiello achieved the mark in 200 butterfly for Lima 2019

Fantastic day for Argentines in the Spanish ACB League