Lio has conquests of all colors although we take into account only in those who dressed in blue and red. Unsurpassed? Surely. 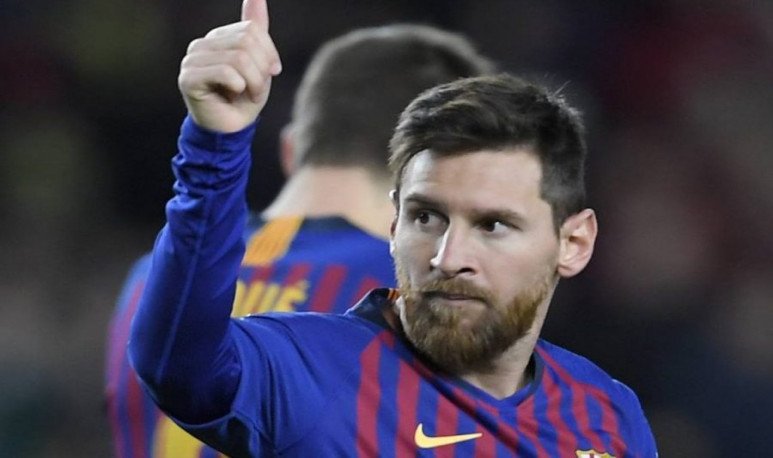 Lio reached 400 goals in the Spanish league by turning the second goal in the 3-0 of Barcelona over Eibar. And in the light of  statistics  it becomes unattainable in the contemporary world of football. Since his escort with distant 311 is the Portuguese Cristiano Ronaldo. That this season he left for Juventus, from Italy.

Less than 14 years passed for  Messi  to be 0 to 400 goals in the Spanish league. Since May 1, 2005 in Camp Nou, for matchday 34 of the 2004/05 League. When Dutch coach Frank Rijkaard decided to give Messi just the last four minutes. Who with the number 30 replaced Cameroonian Samuel Eto'o.
Rosarino scored two almost identical goals with three minutes apart from each other. The first one was canceled out of the game. While the second, after great assistance from Brazilian Ronaldinho, was valid. And he made him the youngest player to score in the league with the Barcelona  jersey  . 17 years, 10 months and 7 days.

But Lio's main assistant is his partner and friend, Uruguayan Luis Suarez. That arrived at 43 at the end of 2018. Overtaking another South American very expensive to the affections of the “Flea” like the Brazilian Dani Alves. Who gave him 42 passes goal in his time in the Spanish club between 2008 and 2016.

Behind them are Andrés Iniesta with 36, Xavi Hernandez with 31, Pedro Rodríguez with 25, Neymar Junior with 22 and Jordi Alba with 17.
Ronaldinho attended him five times. So did Sergio Busquets and Cesc Fàbregas, on 11 occasions each. And then Alexis Sanchez 10, Ivan Rakitic 8, David Villa 8, Hadrian 6 and Thierry Henry 6.

And of those 400, a total of 326 turned them with the left leg, 59 with the right leg, 14 with the head. And one with the left hand that was validated, as it was not warned by the  referee  on duty.
Of all these numbers, 231 made them Camp Nou and the remaining 169 as a visitor.

In short, conquests of all colors. Lio: a genius who in his career and at the age of 31, only dressed in blue and red.