The reasons for this presumption have to do with subtle details. 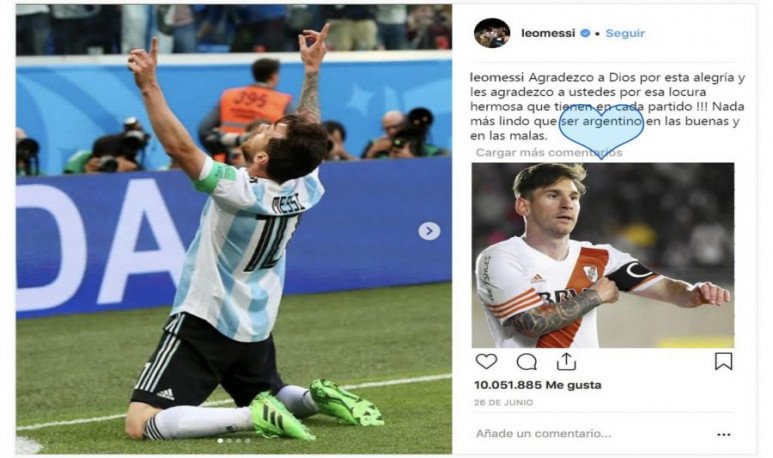 By: Redacción
While Lio has never spoken in favor of any of Argentina's big clubs and has always expressed his desire to finish his career at Newell's, speculations about his preference in relation to the 2018 Copa Libertadores de América final come far closer to believing that, internally, his favorite among both clubs is River.The reasons for this presumption have to do with subtle details such as having performed tests for inferior signing in the millionaire club. On the other hand, in the 2015 final of the Club World Cup, playing for Barcelona turned River a goal, which not only barely celebrated but also apologized to the Argentines who had traveled to accompany the Argentine team.This for now was not openly recognized and we insist that this note is nothing more than the possibility to fantasize with a demonstration kept in his most intimate desire. What if we confirm is that... MESSI today prefers “TO BE ARGENTINE”.