Tucumana is one of the leaders of the national women's tennis of all time. Today captain of the Fed Cup team. 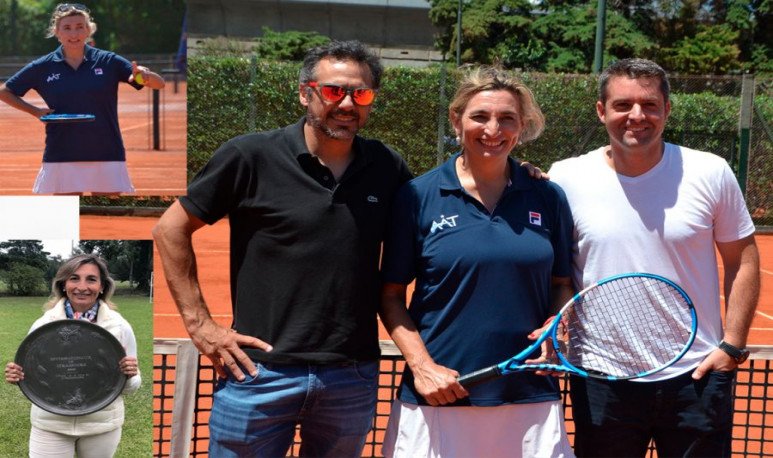 Although he stood out more in doubles, thanks to a powerful game on the net, his singlist career has some important titles.

A great friend of  Gabriela Sabatini , who is her son's godmother, and partner with whom she won more titles. Indeed, the pair won the Brazilian Open and Virginia Slims in New York in 1985. And at the Buenos Aires Open, two years later.

Mercedes Paz also won titles with other Argentines: the remembered Bettina Fulco, Patricia Tarabini and Inés Gorrochategui. In total, there were 24 titles, which began in 1984 at the Tokyo Open. Coincidentally, beating an Argentine duo, made up of Emilse Raponi and Adriana Villagrán.

In singles, Mercedes Paz won 3 championships. Sao Paulo, Guarujá and Strasbourg, between 1985 and 1990. In '86 and '90s, he got eighths into Roland Garros. And in 91 he reached the top of his ranking in the WTA, when he reached 28th in the standings.

Today “La Mecha” is the captain of the Fed Cup team, collaborating with the new board chaired by Agustín Calleri.

“The idea of 'Astrogauchos' is to reimagine the 60s,” says its director