Home People Sports Menotti and the origin of the crack?

Menotti took us to the top for the first time. He imposed a style that would mark one of the great divisions of the Argentines. 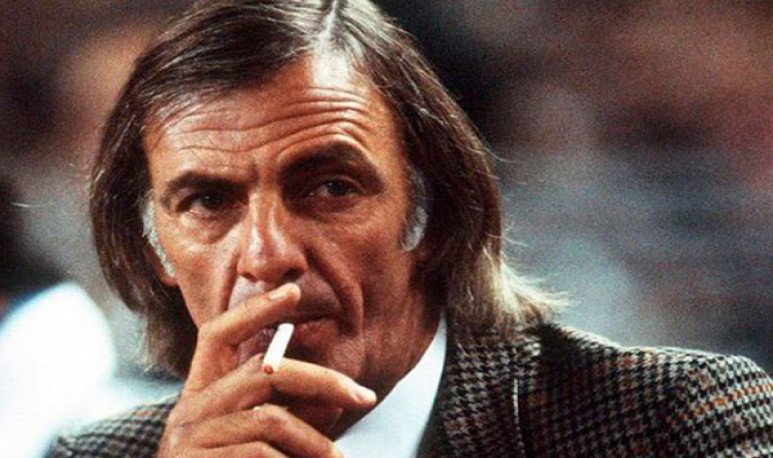 The division between  bilardists and menottists  is a crack.  One of the major cracks  that underlie Argentine  society  . And it is a rift prior to the splitting that predominate between us today. It is that, in a country where football is so inherent in our being, it is not for less. Menotti and Bilardo are, until now, the only two technical directors who managed  to place the Argentine national team at the top of world glory.  In this classic, Bilardo has the ace of spades: it was the DT of the world championship won by Diego. Perhaps the one in Mexico 86 is the most remembered world championship. But Menotti is not left behind. Nobody will ever take away the pride of being the first Argentine DT world champion. And, in that crack, his style is the one that identifies with “lyrical football”, the “jogo bonito”. Bilardo, on the other hand, was carrying a “resultsman” flag.

We pay tribute in this note to César Luis Menotti. A native of the province of Santa Fe, a different footballer and historical technical director,  we leave you a review of his biography .

How did Menotti play?

“El Flaco” was born in Rosario. When I was a kid, I played in the American Union club, but I played basketball. They said in the neighborhood, he was doing better than football. Whenever Menotti had a chance,  his father reminded him that the priority should be study . When he died, his life took a different course. I had to go out to work. Pain disguised him as rebelliousness: he started smoking from a very young age. Back then,  his only concern was to bring money into the house . Until Rosario Central arrived. His parents were fans of the scoundrel , so when he was given the opportunity to play with the blue and yellow colors it was a family dream fulfilled. He had debuted in the first Central at the age of 19. Faithful representative of the Rosarina school, he had a refined technique, disposition for the associated game and good mid-distance finial

Menotti  stood out not only for his game, but also for his personality outside the court.  Despite playing in an interior team, his reputation as a rebel footballer was growing. Rare, for a time when players generally limited themselves to responding with common places. In 1964 several teams were interested in incorporating it, but eventually signed for Racing. At that point Menotti divided the waters into the consideration that fans made of their way of playing and thinking about football. He then moved to Boca Juniors, where he had the luxury of celebrating a title and scoring 6 goals in 18 matches. His last years were abroad. New York Generals (USA) and Brazil:  in Santos he shared the squad with Pelé  and retired at Juventude de San Pablo, with the certainty that his surname would still be linked to the sport.

There is no doubt that César Menotti will be  remembered more as a coach than as a player . Not because he didn't play well, but because of everything we said at the beginning of this note. In 1973, with only two years of  experience , he won the only Argentine title in the history of the modest Huracán. The institution from Parque Patricios presented a team that went down in history as one of the most eye-catching teams in that country, responsible for  the unmistakable touch of Flaco  and the presence of players such as René Houseman, Miguel Brindisi and Carlos Babington.

A year later, after Argentina's elimination at the 1974 FIFA World Cup Germany, the Argentine Football Association (AFA) offered him the position of absolute coach. The test of fire would be the edition of the highest international tournament, at home, four years later. In the formation of the team, Menotti chose experienced players such as Fillol, Passarella and Kempes, who successfully took the place of the excluded Maradona.

On June 25, 1978 , Menotti and his men raised the cup for the first time by imposing 3-1 in the lengthening. Idolatry was already the property of the Skinny.

A year later, he himself would ask to train the youth ensemble in Japan. That team clearly respected the idea of football show that Menotti preached and achieved results quickly. With Maradona, Ramón Díaz and Calderón as their standard-bearers, the Albicelestes forced an entire country to get up early in a tournament full of luxuries.

After that, the legend that still endures would be born. With the World Cup obtained by the Bilardo selection in 1986, a large crack of styles  would appear  in our country. Being of Menotti or being of Bilardo is, for the footballer,  part of the essence of Being Argentino .

“You have to listen to Menotti, Bilardo and the people who were successful and lived a lot”

Go in rhea from one village to another