The sport of cycling and mountain is consolidating in Mendoza. Now, in the Panamericano, title and podium for the Mendoza mountain bike. 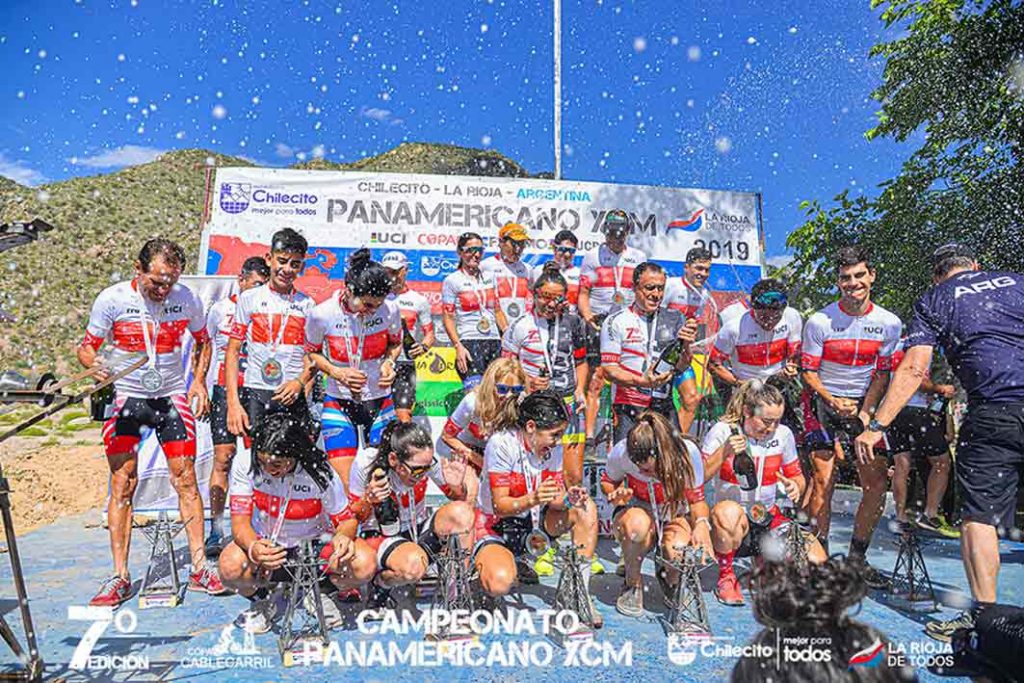 The province of La Rioja, in the town of Chilecito, hosted the Pan American Mountain BikeChampionship , in the specialty XCM. It is about the evolution of what was the Cable Carril Cup, a few years ago. Today it is ratified as an international competition, bringing together the best representatives of the continent.

In Elite UCI, the best placed Mendoza was Macarena Bravo, who finished in fifth place at 22' 41'' of the winner, Carolina Maldonado (Cba),who recorded 3 h 25' 04''. Sixth and seventh were the Sanrafaelina Valentina Santorini, followed by Pilar Adoue.

In Master “A” UCI, Gisela Bravo stayed with the mountain bike runner-up. Another Mendoza completed the podium,Lili Poggio.

Finally, in Master “C”, the best Mendoza located was the Sanrafaelina Adriana Alos,who was second, while in the fourth place finished Josefina Bunjiel.

In masculine too there were several podiums for the province, highlightingFederico Mallo, Pan American champion in Master “A1” UCI, and third was Gonzalo Oh, Gili.

In “B1”, Roberto Serrano completed the podium with the third step, while queen “B2”,José Adi was was the Pan American mountain bike runner-up.

Another runner-up for Mendoza was that ofNicolás Garcia in Master “C1”, who got second place. They were also champions: Aníbal Fernández in “C2” UCI', Carlos Medina in “D1” UCI and third was Rodolfo Cozzari. While in “D2” UCI, Miguel Jara was also crowned champion. In minors David Correa finished third just like than Santiago Estoco in Cadets.

Ucovin 2019 and the best wines of the year

A new journey by Metrotram

River and its history: Part 9