Home People Sports Mendoza is the mother of futsal

Pentampeon in men. Tetracampeon in female. Big and boys. In selections and by teams. Mendoza looks at everyone from above on futsal. 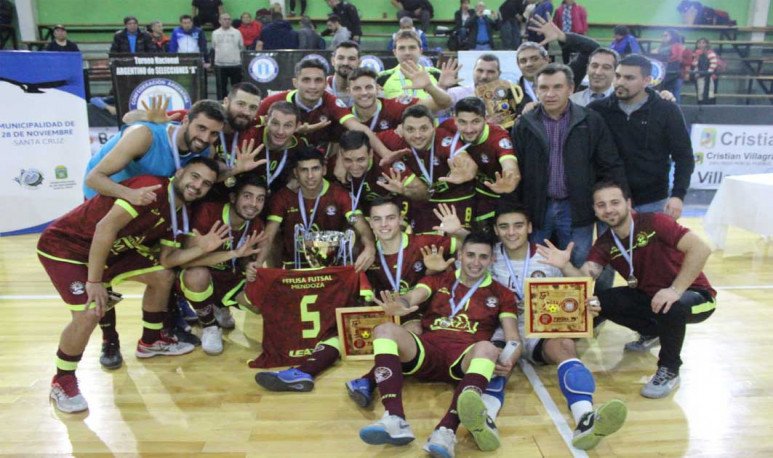 For sports policy. Easily to compete with only a tiled playon, two bows and a ball. By commitment of leaders, coaches and players. For support from the private sector. For the accompaniment of family and friends. For all these reasons,  futsal in Mendoza is the amateur sport with the most federated players . And, with so many scrolls, the results come alone. For years, our province has been  a national and international reference.

To plot all this in numbers, let's go over.  In Mendoza there are more than 7 thousand federated players  , within more than 60 clubs  . In the senior category, the male branch is divided into 4 divisions, while, in female, into two. But also, obviously, there are many others in the lower ones, where the little ones kick the half-pique ball, practically, before learning to talk.

The results speak for themselves

As for titles, the numbers of recent years and, above all, of this 2019, are eloquent.   Mendoza  won absolutely all the futsal national teams tournaments this year . The men's team, senior category,  won the Argentine Championship A, for the fifth consecutive year.  Yes, he consecrated himself a pentampeon when he beat Rio Grande by 1 to 0 in the final.

The girls, in Misiones, were consecrated for the fourth year in a row . The victim was also Rio Grande, but he paid it more expensive. The borravino triumph was 6-0 in the decisive match. While, in turn, the U20 and U17 teams were also champions in San Rafael and Ushuaia, respectively.

At the  club  level there was no Mendoza futsal champion, but there was a lot of predominance. In men, Cementista, Don Orione and Regatas got into the semifinals of the Division of Honor, which ended up winning Flamengo.

To close, it should be noted that  Argentina was world champion in April  this year. In Misiones, the national team beat Brazil 3-2 in the final. In a game for the heart attack. The fact is that, of that team,  8 were Mendoza players.  And they are the ones that many baptized as the “Golden Generation”, with the “Chelo” Mescolatti at the head.

Gentlemen, there are other sports. Not everything is football, rugby or basketball. Futsal is stepping hard, with Mendoza as the spearhead. An accessible option for the youngest. To take advantage of that other sense of sport, that of containment. But, also, a competitive option for those who feel hungry for glory. Choosing to play futsal in our country will be guaranteed to play at the first level.