Swimming, cycling and pedestrian in places and landscapes ideal for the practice of triathlon. We tell you what happened in the Vintage Triathlon. 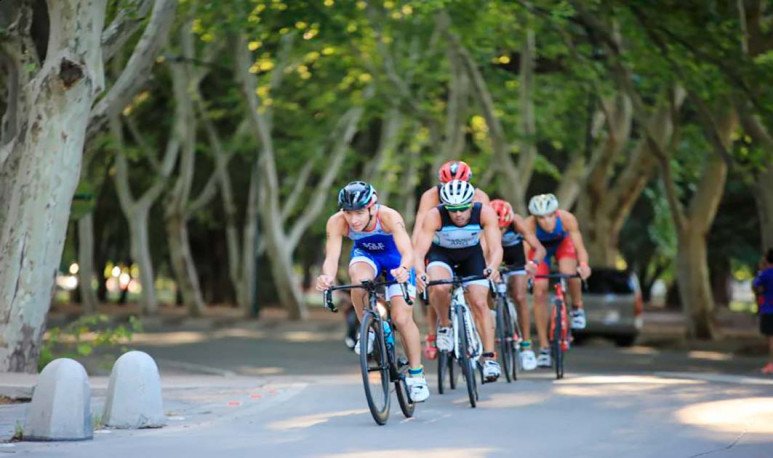 The  Mendocina Triathlon Association  organized the  Vintage Triathlon in its thirty-fourth edition . The test has the designation of National Cup and  is qualifying for the South American Triathlon Championship  for youth, minors and YOGS.

San Martín General Park  was the stage with a dream circuit among trees, curves, slopes and slopes that make the triathlon live in full. From 7.15,  athletes completed 750 meters of swimming, 20 kilometers of cycling and 5 kilometers of pedestrian.

“We have the presence of the protagonists: Flavio Morandini, Moira Miranda, Ibrahim Alucin, Gonzalo Tellechea among others. And the premises among which stand out: Yamil Amuch, Gonzalo Aguilera, Matías Zani, Tomás Paganini, Jean Pierre Amaya, Florencia Mazzei, which guarantee a competition with a high level,” said  Mariana Vázquez, president of the Mendocina Triathlon Association.

In addition, at the end it was the turn of the youngest with distances appropriate to their ages. “And, for the first time, we had an independent organization for the ironkid, giving total prominence to those who will be the bases of our sport,” said the leader.

The organization is in charge of the Mendocina Triathlon Association with the support of Triatletas.cl from Chile, by  Juan Carlos Olavarría, who was responsible for paying special attention to the service to the triathlete.

The event would be impossible to take place, taking into account his quality as amateur, if not for the support of Amas, Club Mendoza de Regatas, Hotel Bohemia, Powerade, Undersecretary of Sports, Bodega Foster, Orthopedics Aconcagua.