The Las Gigantes base dialogued with Public TV; The hours after the resolution against Colombia, the decision to play, the support of the people and the Men's National Team, on the note. 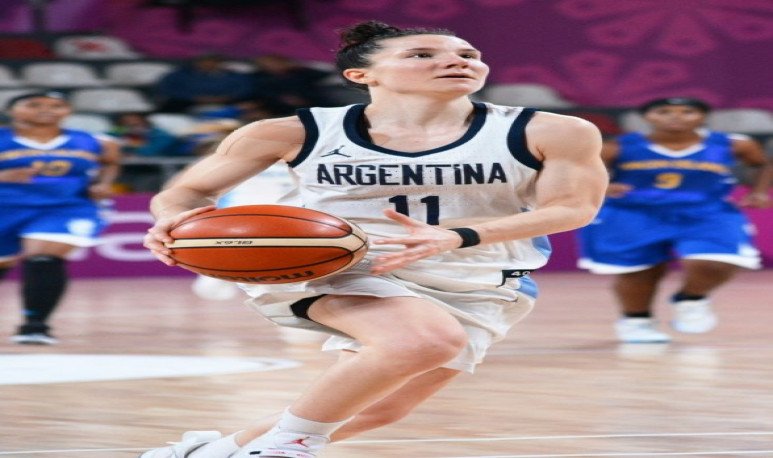 Las Gigantes base dialogued with Public TV after beating Virgin Islands; The hours after the resolution against Colombia, the decision to play, the support of the people and the Men's National Team, on the note.

They have been difficult days for  Las Gigantes , after the misfortune that cost them the match with Colombia, as well as the qualification for the semifinals of the 2019 Pan American Games. After a sad Wednesday, Argentina beat Virgin Islands and got into the game for fifth place, after the win against the Caribbean, Melisa Gretter, benchmark of the national team, spoke with  Public TV  and left the sensations after the logistics error:

The base of  Vera Cruz Campinas  began by explaining the sensations after the victory against Virgin Islands: “We are happy about the victory, but also sad about yesterday. We came to Lima to play and against Colombia we couldn't do it. We had the illusion of the medal and we left;  today it was a very hard match from the psychological, but the whole team and the coaching staff set out to finish this Pan American in the best way.”

About how they treated the elimination in the locker room, he said: “Yesterday we were very sad (and today too), we had the bad time and put all the energies into seeking to win today's match. The sensations are ambiguous but we will fight until the end.”

Melisa gave value to the victory over the Caribbean team: “The triumph against Virgin Islands serves to keep the team confident in what they are doing . It is a process that just starts, with a new coaching staff and another form of play. We have to keep fighting for the growth of women's basketball, today we are these 12, but we represent a lot of beautiful people from Argentina who supported us in the last few hours.”

With the intelligence that distinguishes it inside and outside the game rectangle, the rafaelina clearly analyzed the steps to follow after the removal: “Yesterday was a mistake and every mistake serves to learn and improve. We are now focused on Lima, trying to keep fighting in the Pan Americans and then we will talk in Argentina about what happened yesterday. In 45 days we started a new tournament (AmeriCup in Puerto Rico) and we all have to be fine.”

The talented team base added about what happened before Colombia: “We made the mistake because we had to come in white. I tried to talk to the referees to find out if the match was suspended or postponed; we wanted to play for something, it didn't matter if there were two matches in one day, we wanted to play it. It did not depend on the arbitrators, because they gave the statutory 15 minutes and then went to the decision of the consultancy in conjunction with Colombia. The Colombian girls had every right to choose they wanted it, but we would have taken another position. When we heard about the decision we got very sad, but we said in the locker room, “Girls, we have to show what we came to do to the Pan American and we have to get the best result we can.” The team knew how to get ahead, although at some point in warmth we thought about not playing it today, but first there was the desire to leave Argentina as high as possible.”

On the consultation of an alleged inequality in institutional treatment between male and female selected men, Gretter was forceful and clarified:  “We are not going to mess with the male, because everything they have have deserved.  We, for our part, will continue to fight for women's basketball to continue to grow. In the last tournaments we played we showed that we are growing and that  the support we receive from the CABB and all the clubs that have women's basketball is very important for us . I don't intend to talk about inequality now, these are things that will be talked about when we arrive in Argentina. Our head has to be in the Pan American.  From the men's team we have received message of support from the boys, as well as “Sheep” (Sergio) Hernández”.