The piquense amazon was a double silver medal and is one of the national champions of youth sports. 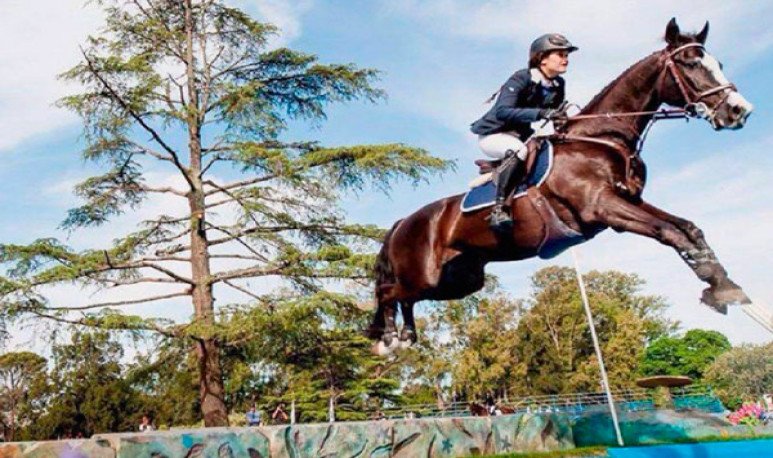 The Pampa  is characterized by its extensive plains and large plains. In addition to fishing in lagoons, pampean fields are more than conducive to animal husbandry. The quality of pampean beef is well known, but also the territory is suitable for other folk animal argento. The  horse  is a symbol within the most traditional argentinity. The equines have marked the figure of the Argentine gaucho and have also made us famous worldwide. The musculature of the animal and the professionalism in its breeding result in Argentina being always the top in riding competitions. Of course, for every  horse  there is a petisero, a rider and an amazon.

One of the most glimpsing young people in sport is Martina Campi. The Amazon from  General Pico  took Argentina to the front page by winning double silver medal at the Youth Olympic Games, held in Nanjing, China.There she was the national representative in the discipline of Equestrian Jumps and won double silver medal, by teams and individually. She was only 16 years old, her ability to ride crowned her.

Campi's reputation grew from that moment on and became bigger and bigger with the running of competitions. Nationally and internationally, Campi was always a renamed surname. In October 2018, during the Buenos Aires edition of the same competition, she was one of the standard-bearers at the opening ceremony. Another epic.

Martina studies and lives in Buenos Aires, where she was when Preventive and Obligatory Social Isolation was decreed in March. His greatest concern was “not to leave horses alone, he was not aware of the situation in its entirety,” he told a local media. For those days, Martina took advantage of the suspension of classes in her faculty to be in the Argentine Equestrian Club and practice.

As soon as quarantine was decreed, Martina left to her native General Pico. There, he had the company and the familiar warmth that he would hardly have achieved in Buenos Aires. While she was unable to go horse riding, she kept a physical routine with her sister, who plays hockey.

The alarm about the situation of competition horses was such that the Equestrian Club had to manage a permit for specific people to take care of them. For five months, the activity was suspended in the city. As with individual sports such as tennis and golf, only in August, lovers of horse riding went back to practice.

The situation was hard for everyone and gradually the clubs are recovering. Martina is especially affectionate with the Maracó Riding Club, who saw her take her first steps in her hometown. As for the Argentine Equestrian, located in the neighborhood of Palermo, he had to ask for a special contribution from his partners. The sum of $2000 in solidarity to survive the pandemic.