Home People Sports Martina Raspo: a fighter with a ball

Martina Raspo: a fighter with a ball

We tell you the story of Martina Raspo, a girl who, at only 8 years old, fights for her dreams. Playing ball is your destiny, and fight for it. 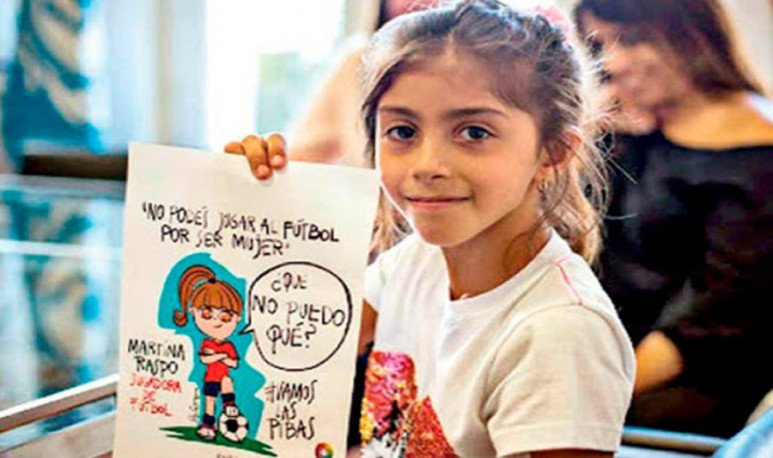 Women's football   in the  San Francisco Regional League has a precursor. A  heroine  who does not let itself be boycott by social mandates. This is Martina Raspo, an  8-year-old  player who wanted to deny her right to play  as a woman .

Martina was born in San Cristóbal, province of Santa Fe. However, his family decided to move to San Francisco, and they lived there. In San Francisco, Martina Raspo plays at  Club  Tiro Federal    and Deportivo Morteros  . He plays as a left-hand wheel and breaks it in every match. Because he trains and plays with the heart. However, football follows mandates from past centuries , patriarchal and discriminatory . Martina's father, mother, coaches and companions initiated an order for the girl to play. 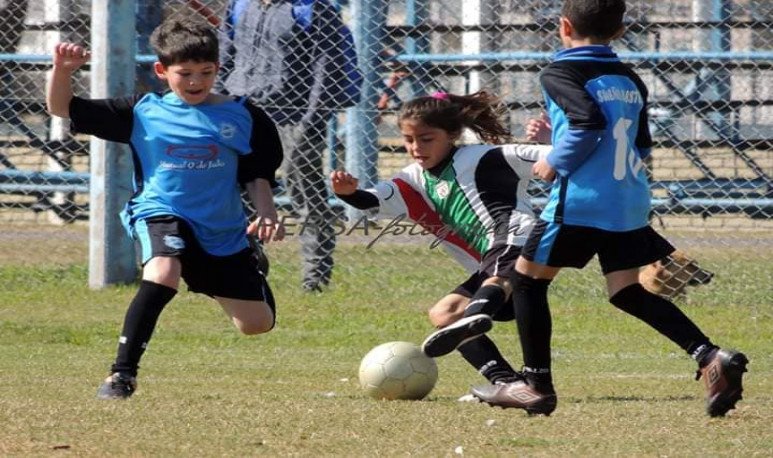 Workouts  and friendlies are not a problem. Since Martu breaks it on the court. But they  do not let her participate in the official matches  because they state that only men can play. The rules of the San Francisco Regional League  do not allow women to play in official meetings .

Martina  plays ball.  He plays with passion and conviction, just like all his teammates. Play with the innocence of childhood and  conscious desire . Her team knows it, and she fights with her for the opportunity to let her play. The Martu, as they call her at the club, does not give up. Her family accompanies her to fulfill her dream and fight for her right:  a free childhood . No preconceptions, with free way to heed your desire.

Martu plays in the 2010-2011 category of Club Tiro Federal and Deportivo Morteros, the only one who allowed her to enter as a woman. She's part of a  35-boy training team, where she's the only baby. However,  on the court , there is no difference. Children from different teams treat it like a couple, because it is. Martu treads hard, and he plays as it should. She never surrenders, so she raised her Club and so she carries out her fight.

This  case is media  because it reached the desired visibility. Martina's parents went with a letter to the Regional League, asking for the go-ahead and let her play. However, that did not happen. And that is why in the media and militants of  women's football  they caught up. Having sucked the  Cordovan culture  since childhood, Martu does not give up. He looks for accomplices in his fight,  and he gets them . The father of Flor Bonsegundo; Rocío Correa, the player of San Lorenzo, and more personalities support the cause.

Martina's story is that of  many girls . They, by  social and cultural mandates,  are prevented from fulfilling a dream. They are prevented from playing freely. They are denied a happy childhood, without restrictions, without  prejudice . Martina's fight to play ball is that of many children. Today our task is to prevent them from continuing to grow in a society with  thousands of limitations  that keep them away from their desires.

Martu's struggle is a call to wake up. A call that sensitizes us and forces us to fight for  a better world. A world where children can choose what color to wear, what sport to practice. A world where girls' only obligation is to play. No prohibitions, no restrictions.