Home People Sports Martin Palermo and his goal to Peru

On 10/10 but in 2009 Argentina qualified for the 2010 World Cup with an agonistic goal from Martin Palermo in a stormy and high tension match that ended defeating Peru 2-1. 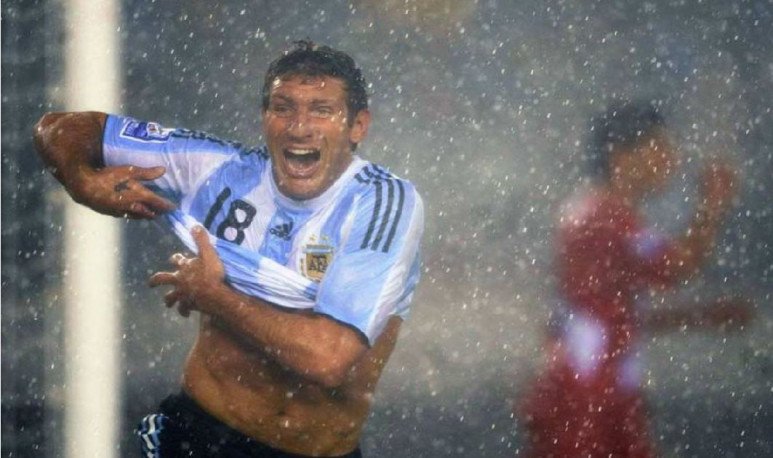 In the previous date against  Peru   for the 2010 World Cup Qualifiers  , Argentina in command of DT,  Diego Armando Maradona  , won with the last ball of the match that Martín Palermo took in the second suit and thus directed his ticket after beating  Uruguay  in the last match in  Montevideo  .

To put you in context, after the start of the second round of the Playoffs,  Alfio Basile , who came from doing an acceptable first round, decides to resign after losing to  Chile . In October 2008 Diego Armando  Maradona  took over with several player changes, in fact it was the DT that called the most (108). After some favorable friendlies, diego debuts against  Venezuela  and takes 4 to 0. A start with the right foot that would quickly become a stumbling block, as when competing as a visitor his encounter against  Bolivia  was beaten by 6 to 1 in a historical result for the locals. He managed to stand up against  Colombia  by beating him by the minimum, but a slap in a quito by 2 to 0 left  Argentina  with more doubts than certainties. A certain and painful pineapple was the one that punished us  Brazil  by winning 3 to 1 in  Rosario  .  Paraguay  did not fall behind and joined the fight to complicate us even more, winning us by 1 to 0. Two dates before the end of the Playoffs, Argentina was close to the canvas and was due to play their two matches against Peru and Uruguay.

The afternoon of the match against Peru began dark with many black clouds rising up, raining and announcing a possible misfortune. The weather was not only tense up but also on the board, because they started in the first half to ask for Palermo. Yes in the  Monumental  they asked for the executioner of River  in the classics. Although the colors of the  club did not matter, they were all united forming only blue and white. That's why the bloated understood that Palermo was one of the possible changes that would give air to a drowned Argentinean. Such was the request of the people that the “crazy” Martin entered the beginning of the second half with the match tied at zero.  Gonzalo Higuain  's goal alleviated the coming storm although not for long, the wind began to blow stronger and a fine but steady drizzle began to unleash. Incredibly, minutes before Peru's goal, at 89', there was a film storm. In the final period of the match, at 93', the main protagonist appeared for the second suit in a hellish rain. Martín manages to push the  ball  to the bottom of the net for the delirium of the puffy and mainly for the general director of this novel, Diego Maradona. The Dt did not hesitate and threw popcorn into the water, the players ran off to any place in a messy way. Yeah, how beautiful football we all think with our head a little colder. A goal of such importance leads to unleashing madness on the court and on the grandstand, people and players embraced in a crazy rain.

This victory directed the hearts of the  players  to face Uruguay away on the last date and get the victory for the minimum goal by  Mario Bolatti . Now we were inside another  World Cup .