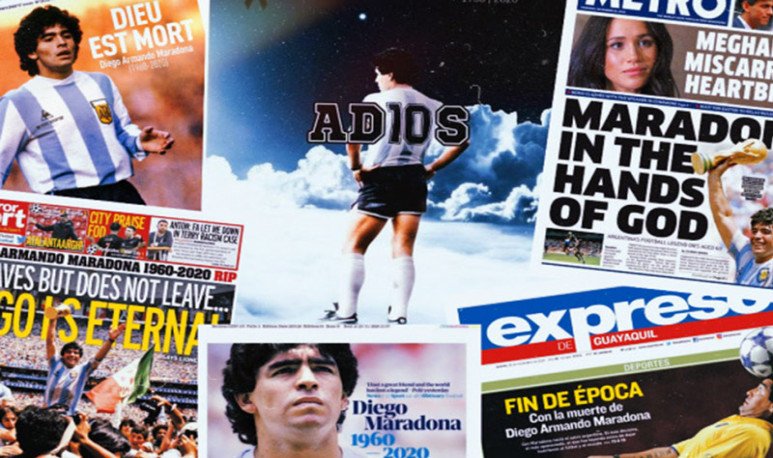 The death of  Diego Armando Maradona , at just 60 years old, moved  Argentina and the world . It is not surprising that the football people of those countries where it shone say goodbye with nostalgia and admiration to the 10, but the  tributes in some unthought places  make the figure of Villa Fiorito's pibe even more magnified.

That his face or any allusion to his death has appeared in the newspapers in Spain, Italy, England or Brazil is not strange, at all. They are countries of football tradition, in two of them he played as a player, and before the other two he had memorable performances that until today are remembered... it seems a redundancy to mention the  Hand of God or the second goal with the connotation he had after the war of  Malvinas  , as well as mention that Diego in one leg who gave the pass to Claudio Paul Cannigia so that, in the World Cup in Italy 90, he eliminated the eternal rival so that the Albiceleste continue on the top event of the sport.

However, the death of  Diego Armando Maradona  transcended the borders of those countries we consider to be the football elite. His death made us realize that Diegote is absolutely the best known Argentine in the world. There was no country in which there was not even any impact.

After the death of the star was known, the mural made by Syrian graffiti artist Al-Asmar on the ruins of a building struck by the war in that  country.The Daily Star , Bangladesh, also showed the immensity of Maradona and how his talent made the inhabitants of that country identified nation: “(Maradona) is as popular in Bangladesh as it is in his own country.” However, that's not all, as they considered that “it will not be an exaggeration to say that Bangladesh becomes the de facto house of the Albiceleste when the World Cup is played every four years.” And no... it's not a surprise. That connotation of beating England in '86, in that country they took it as their own. Our “revenge” was theirs and in Bangladesh they also mourned Diego.

“ Diego king of kicks " titled the  Telegraph  in India, where the Argentine has his own statue in the city of Calcutta. The embassies of our country also did their own thing so that everyone can pay tribute to the 10 in his departure. In China, for example, outside the building was put on a T-shirt signed by Maradona and a replica of the world cup. There, different fans passed by to leave their show of affection. 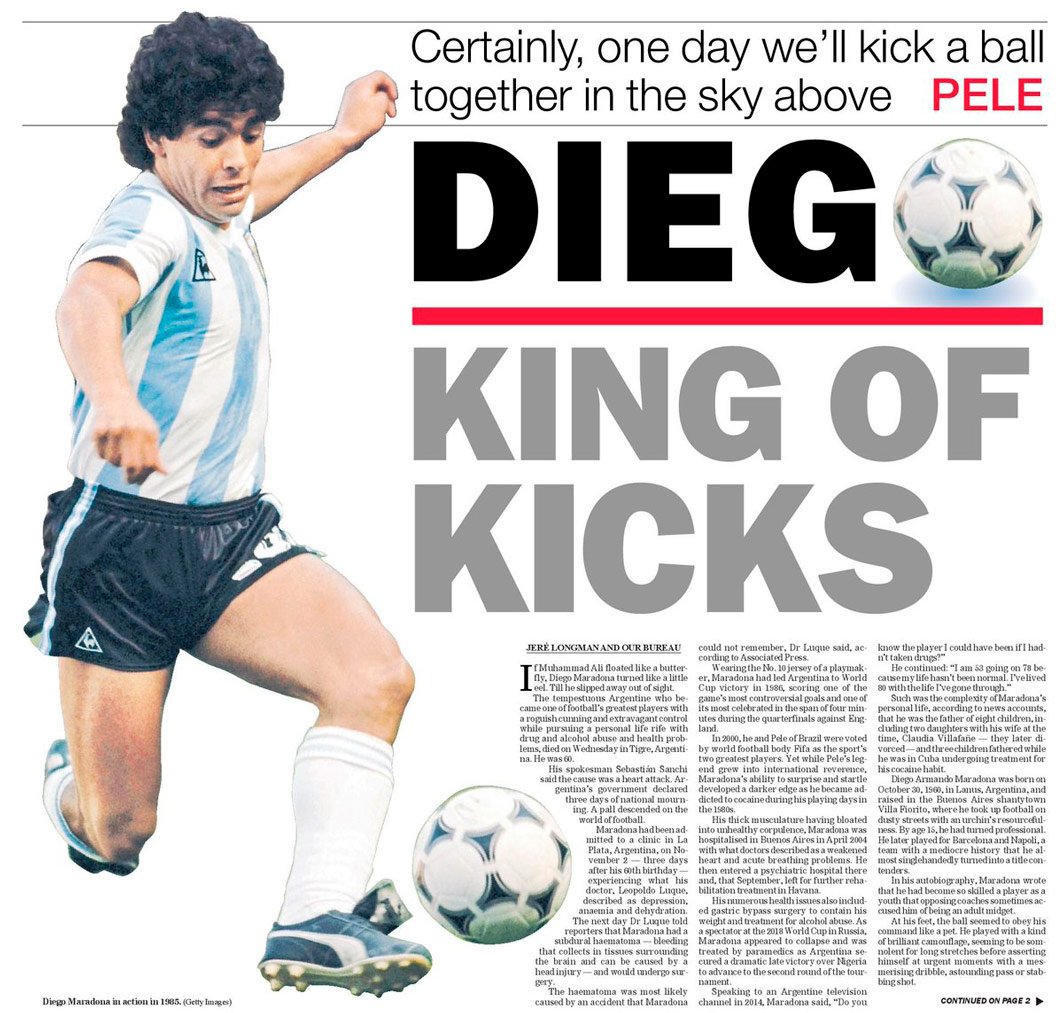 In Mexico, at  Estadio Azteca  they put a crown and an image of Diego on the arch in which he turned the goal of the century. More than thirty years later, Maradona returned to that country to continue the legend, leading the Sinaloa team revolutionizing the second division of Aztec football. 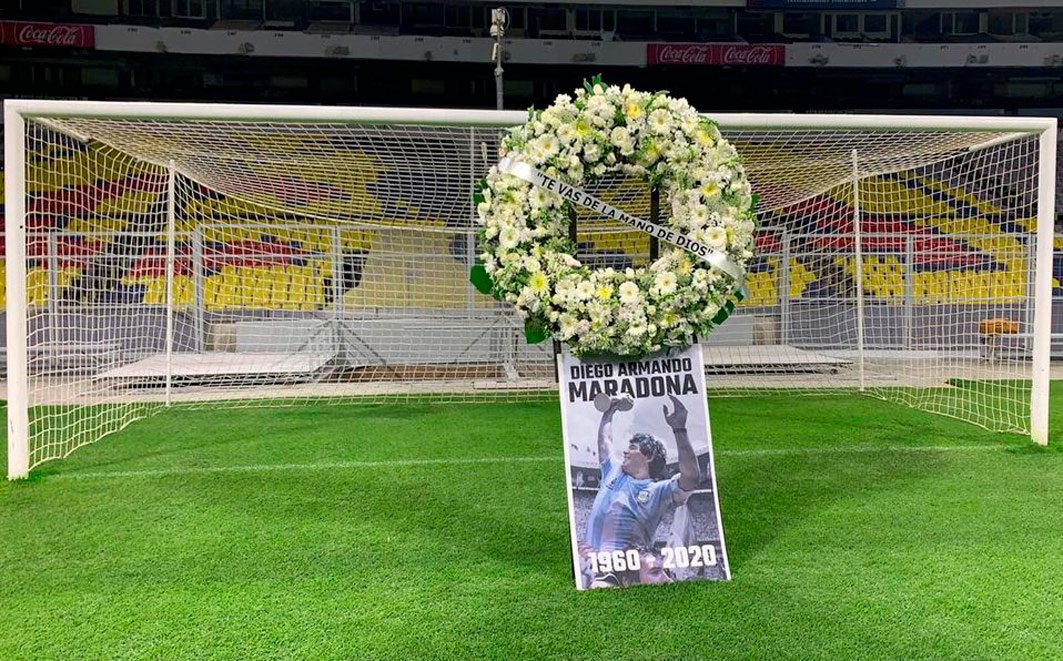 Separate paragraph for what happened Naples. That tribute could have happened in  La Bombonera ,  La Paternal and Villa Fiorito.  The memory of the 10 that brought Napoli to the top is still alive and the emotional farewell led directly to the city's stadium renamed Diego Armando Maradona. People gathered en masse in the city of southern Italy to mourn their idol in a tribute that closed with a historic and emotional caravan of flares.

Minutes of silence in European matches, the memory of world celebrities of the most varied: from the Gallagher brothers of Oasis to Florinda Meza -Doña Florinda, Chavo del 8-, from Bono to Ricky Martin, from Rafaela Carrá to Magic Johnson or Mike Tyson to Emmanuel Macron. Political leaders, artists, the world of sports. Nobody wanted to miss the opportunity to say what caused them on 10.

Maradona's departure shocked the world. The world fired him. With the good and not so much, with its simplicity and its excesses. With his gambeta and his talent.  Diego is world , it's everyone's, and so did the world that fired him. 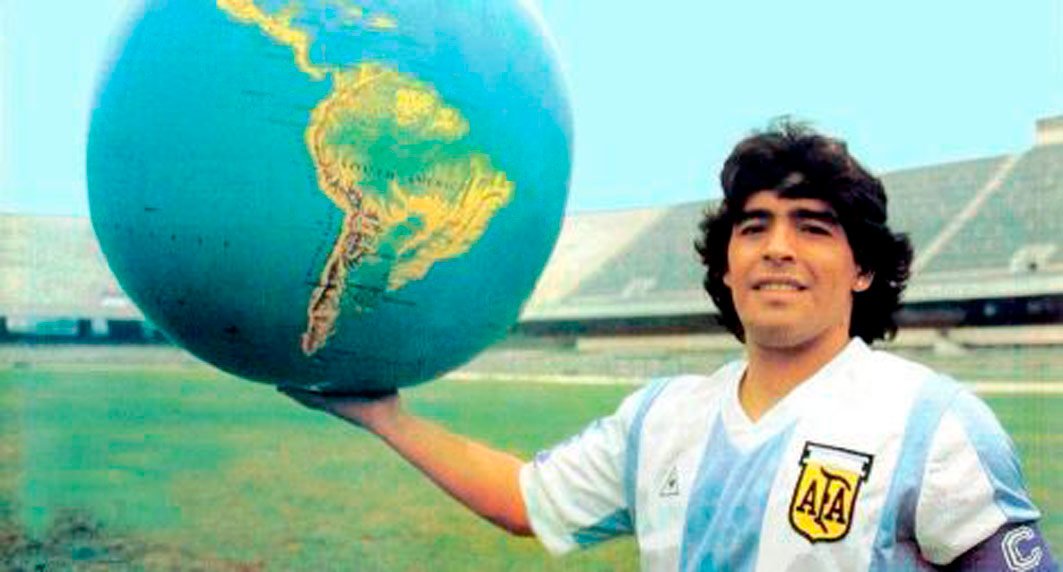