The beginnings of a world football legend who was raised in Villa Fiorito and formed in the crack of cracks, Argentinos Juniors. 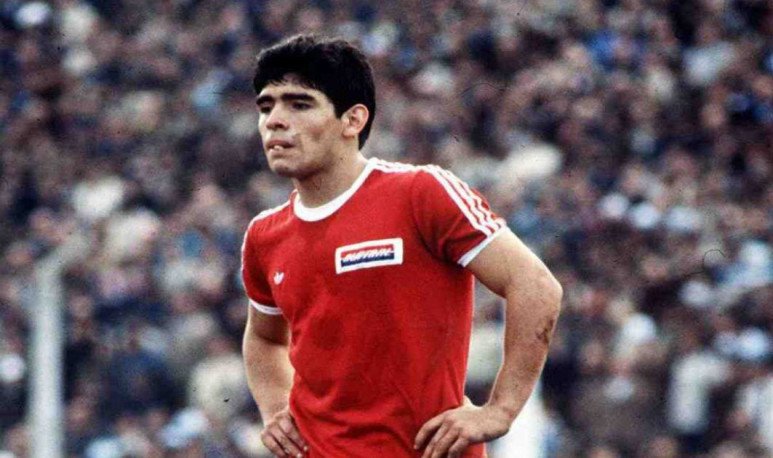 He was born on October 30, 1960 at the Polyclinic of Evita, in  Lanús . At the dawn of his football career he played in the  paddock  of  Villa Fiorito  until 1969, when he was in  Argentinos Juniors  . In the paddock at night and in the day training he forged a gambeta difficult to imagine. Difficult, by the complexity to see the defenders constantly and unsuccessfully cut the advance of a kid with curlers to the wind, flying at maximum speed flush to the floor.  Always carrying the ball well stuck to his left-handed,  as if that leg had promised the ball marriage and she, without being naive, never walked away again. The first defender comes out, gambeta. The second marker comes out, dots it and keeps running. The third who has been observing calculating the kick, knead with the body and gambeta for the other side. So was his entire football career,  a serial accumulator of  rivals  . Since he was showing his quality with the ball, his coach of inferiors, Francisco Cornejo, tells in an  interview  that in the practice at  Parque Sarmiento  he had discovered some retirees and with the passage of the days more than 70 elderly people came to gather to observe a boy with low contexts. One even wanted to give him a bike about how much he was in love with his gambeta.

In the lower ones not being able to be signed yet by  AFA  played with  “los Cebollitas”  the Evita tournaments in 1973 and 1974. In the final, after having suffered a cut in his hand, his Coach decides to leave him out of the team as Diego had a cast to his elbow. At the insistence with a desolating crying and his father's endorsement, the DT resolves to let him play but without many moves. The match ended 7 to 0, of which  Diego made 5 . In 1971 in the newspaper El  Clarín  came out a note that read “there was a kid with size and class of crack”,  Maradona  was only 10 years old. He already impressed friends and strangers, the players and technicians of the rival team asked about him.

In a short time he was debuting in the First of  the bug of La Paternal at  only 15 years of age and months after turning 16. He entered the second half against  Talleres  and could not convert although the following month he put a double before  San Lorenzo  . Begins to perfect the amague, not of opponents that was innate, but of kicks. By that time the referees seemed not to give importance to yellow or red and the kicks began to be constant. With countless footsteps and kicking to the back that only generated him more hungry for glory than usual, he begins to score a lot of goals. He was consecrated scorer of the  1978 Metropolitan and National, Metropolitan and National tournaments of 1979, Metropolitan and Nacional in 1980 , marking a record in Argentine football.  There were 166 matches, made 116 goals and distributed 65 assists with the bug's jersey .

His good performances at the  Japan Youth World Cup  where he became champion with Argentina scoring 6 goals gave him the opportunity to migrate his football a few blocks away,  La Boca  . His crack quality was seen miles away it wasn't even necessary for you to know anything about  football , just seeing his dance among rivals who punished with kicks in the air, let you contemplate what's more.Aacute; s pure of this sport, the gambeta.