Home People Sports Maradona in Naples, the eternal romance between the idol and the bastard city

We tell you how it was that the city was transformed from bastard to rebel, from the arrival of Diego Armando Maradona. 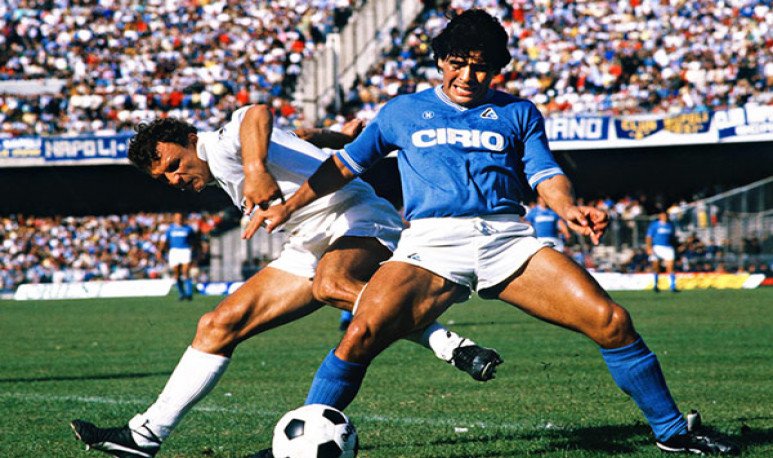 Diego Armando Maradona was one of the most adored people in Argentine history. His charisma, humility and skill, on and off the court, made him the  icon of world football.  Despite also adding detractors, Maradona is known in many corners of the world. It is known that  one of the cities that is desvited by  Diego , is Napoli . From there, Maradona forged fire and gambeta an unprecedented relationship with southern  Italy . In addition, connoisseurs of the round state that, inside the court,  Diego del Napoli was one of the best versions.

Diego's story here began in 1984. After living very difficult moments like injuries and first contact with drugs,   Maradona  left    Barcelona with more pity than glory.   The Spanish leaders offered him twice as much money as he earned and Diego replied: “V oy a city that is waiting for me, because I prefer to go after the ball than behind the money  .” So Diego, that's how an unprecedented romance would begin. 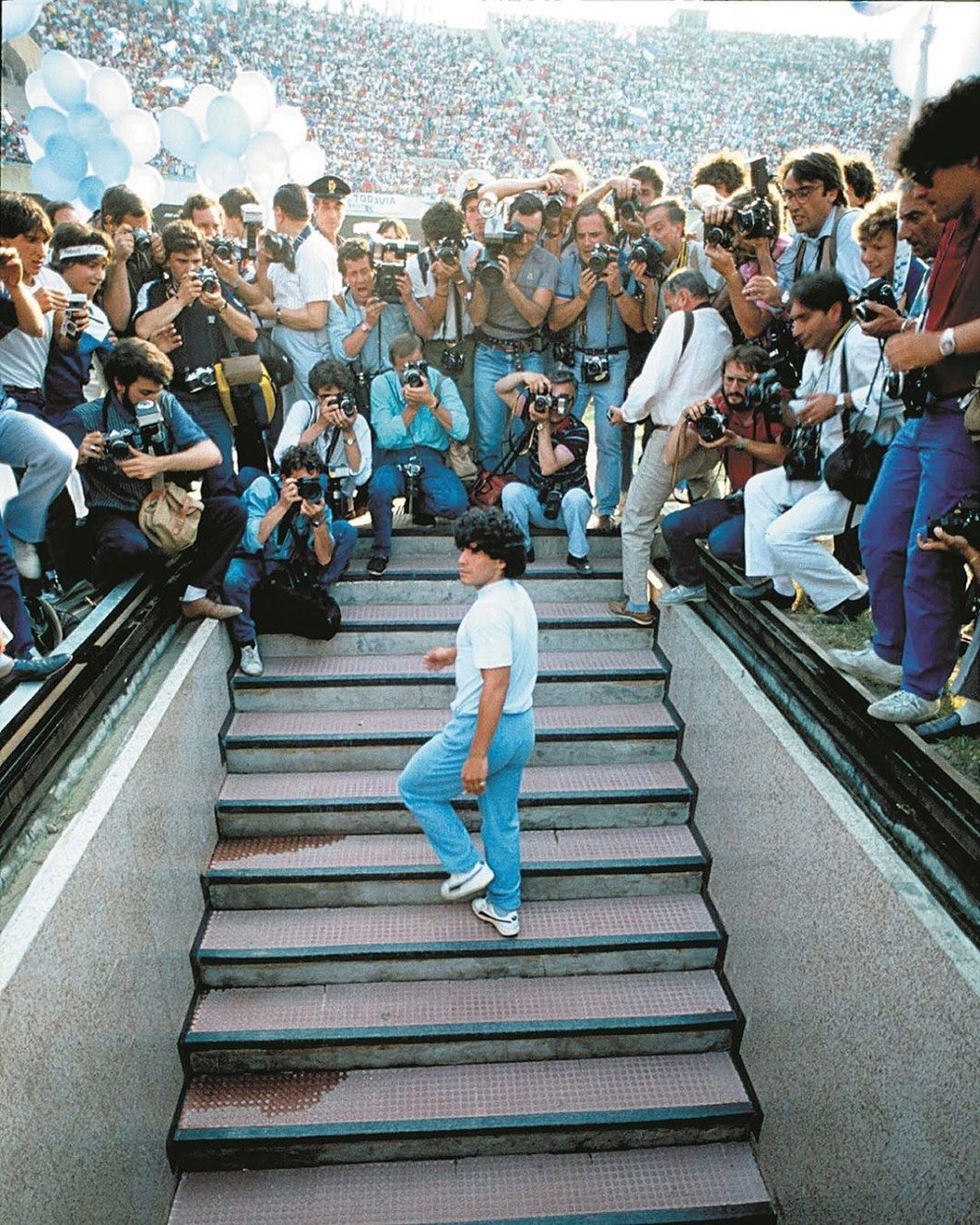 Napoli, before Maradona, was a bastard city, neither Phoenician nor Italian , or at least in literality. While it is the southern capital, its incessant cosmopolitanism and the most powerful mafias installed there make Napoli repudiated by those of the mighty north . This makes it a  rebellious city, which follows its own rules; characteristics that match the genius of world football . In addition, during those years he was living a lot of shaking in the streets, many colors and a kind of musical cultural awakening. More than conducive environment for Maradona to feel comfortable.

The reception at 10 was unique, full stadium, and lasted a long time. Neither Diego nor the fans left. That year,  the team came to save itself from the relegation by one point  and was always overshadowed by the big ones in the north. Diego spent two years without winning anything, but  making incredible plays and highing the colors more and more.  A third place in the pre-World Cup 86 would be the antithesis of what happened next. 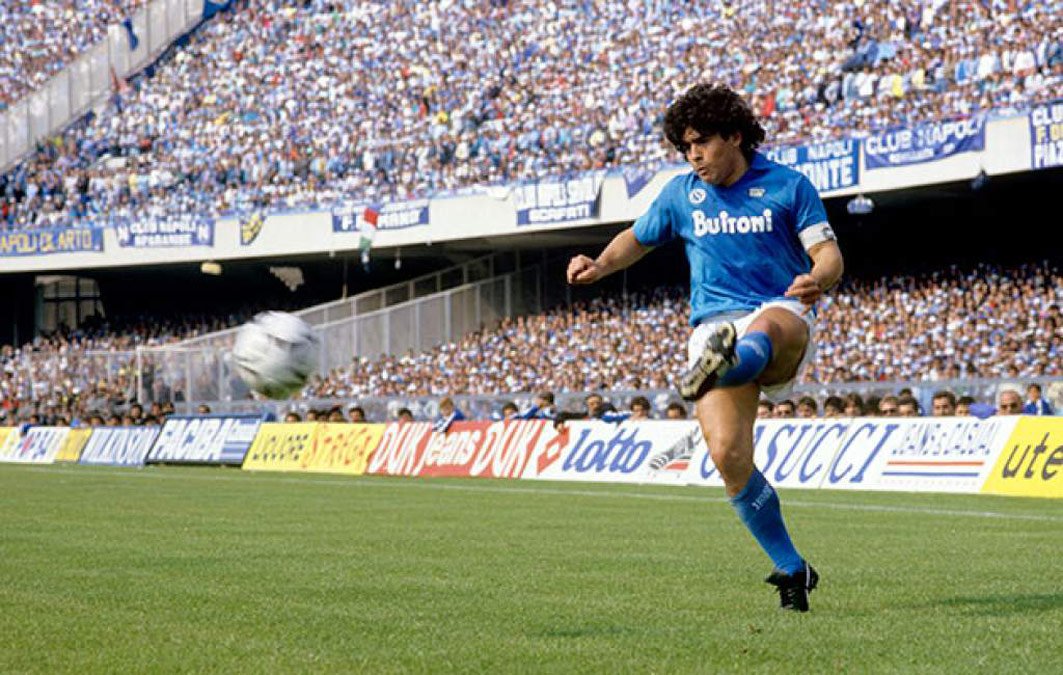 Maradona returned as champion with the National Team and unleashed a whirlwind inside the court . He became unstoppable, invincible, his left-handed was art and his gambeta - orgasmic . The team won their first  scudetto  in 1987, the same year's Cup, the UEFA Cup in 89 and Serie A and Italian Super Cup in 90.  Four trophies were enough for Maradona to become the top foreign reference in southern Italy . He lifted up the people they all looked with disdain, made it huge and eternal,  swiped the mighty the gold they longed for the most, and disguised himself as a superhero so that they would love him forever . Without proposing it,  he made Neapolitans and Argentines to be twinned by the same passion and, now, cry heartfelt by the same sadness.

The adoration and the inexplicable passion unleashed on the 10 in this city are such that  the homage there made for his death was as touching as in Argentina.   In the match preview Naples vs. Rjecka for the first date of the Europa League,  thousands of fans gathered outside the stadium . With their face full of tears and smeared in celestial and white, they made a caravan of flares. To the rhythm of “olé olé olé Diego” and the classic Neapolitan “has  tasted Maradona”, fans of all ages remembered their ultimate idol . 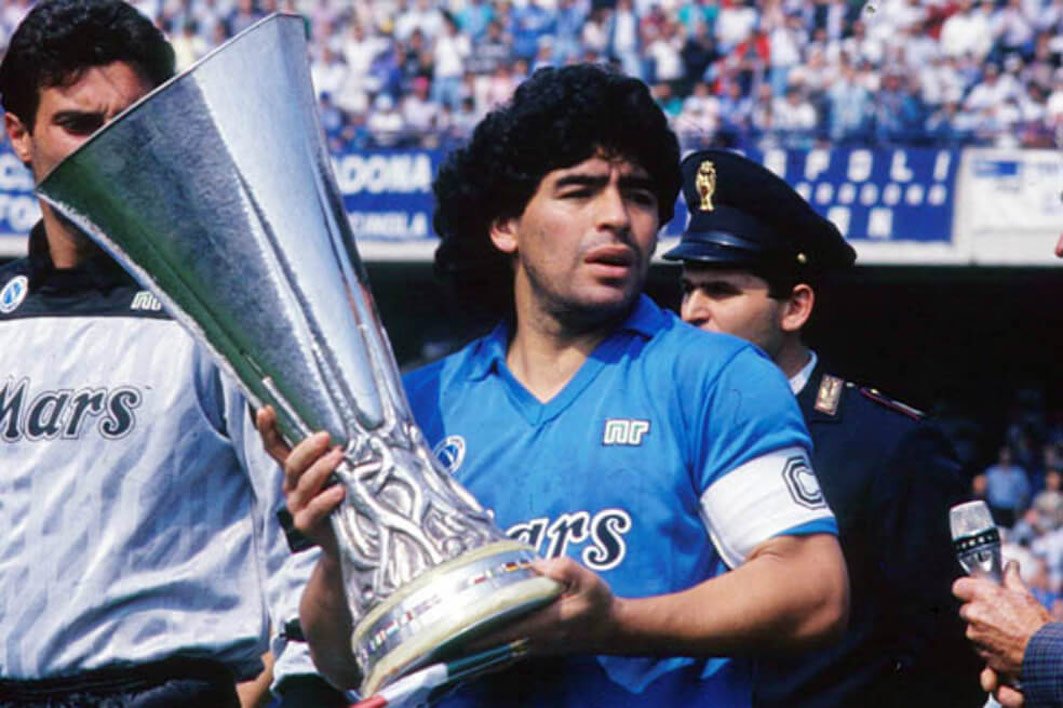 One of the epic moments of the afternoon was when the player Lorenzo Insigne approached the historic utility Tomasso Starace (much loved by Diego).  Subsumed in a remarkable sadness, they added a floral offering in the caravan . On social media, the club posted various references to the Ten in black and white. In addition,  the mayor of the city announced that the name of the mythical San Paolo stadium will become Diego Armando Maradona. 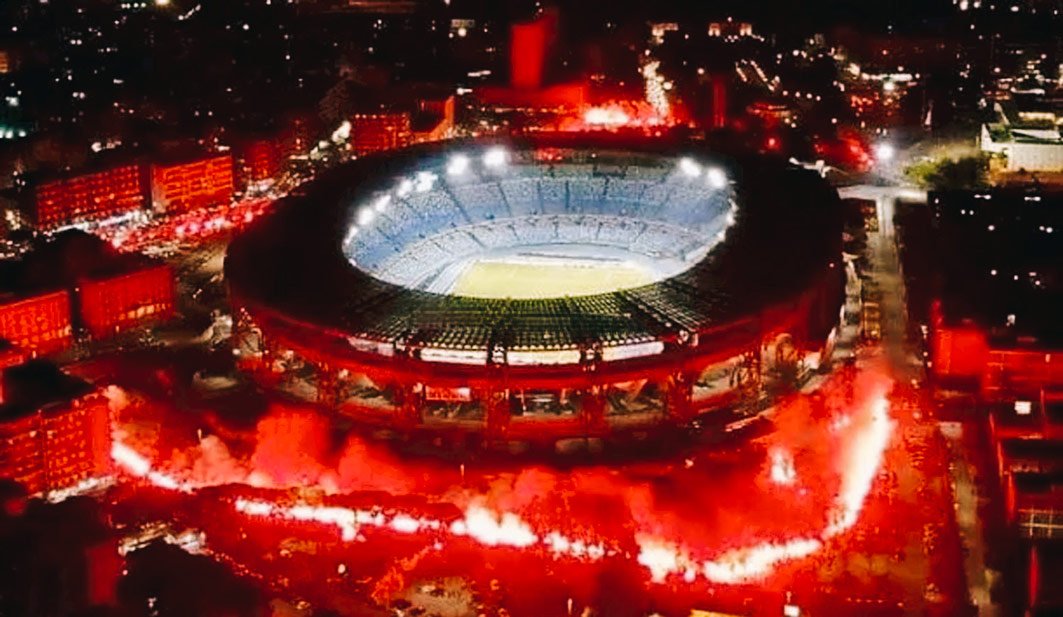 Inside the playing field, players made the heat entry while, on the giant screens, images of Diego were projected doing what he did best. On the court all came out, including the DT Genaro Gatusso, with the shirt number 10  and a MARADONA in capital letters inscribed on the dorsal. This shirt stopped wearing at the club years ago, also in honor of Diego. The match ended 2 to 0 in favor of the local team, but  it is inevitable that Neapolitans feel a bitter taste, just as in our country . 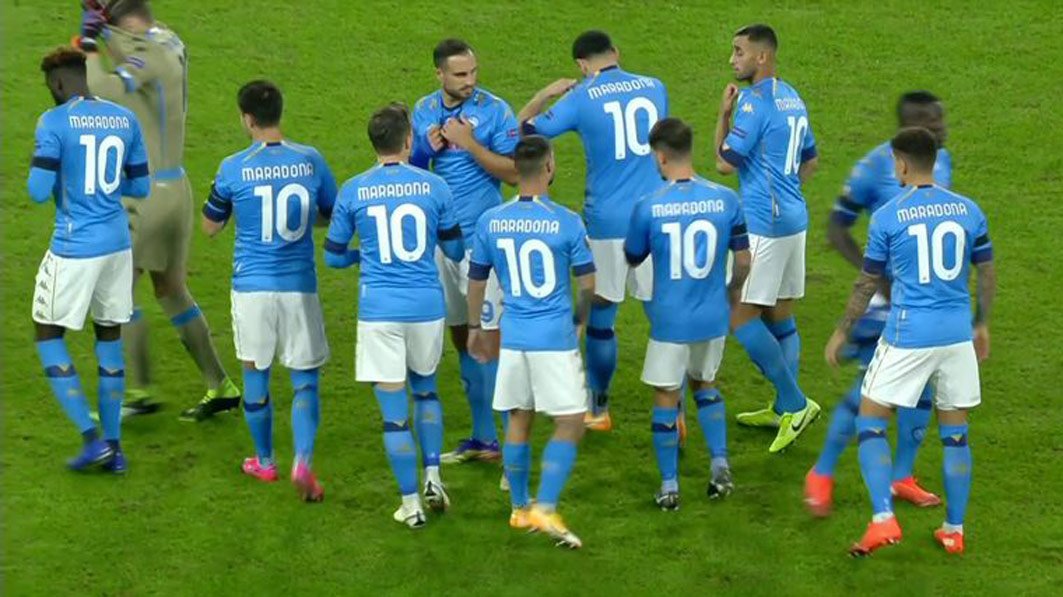 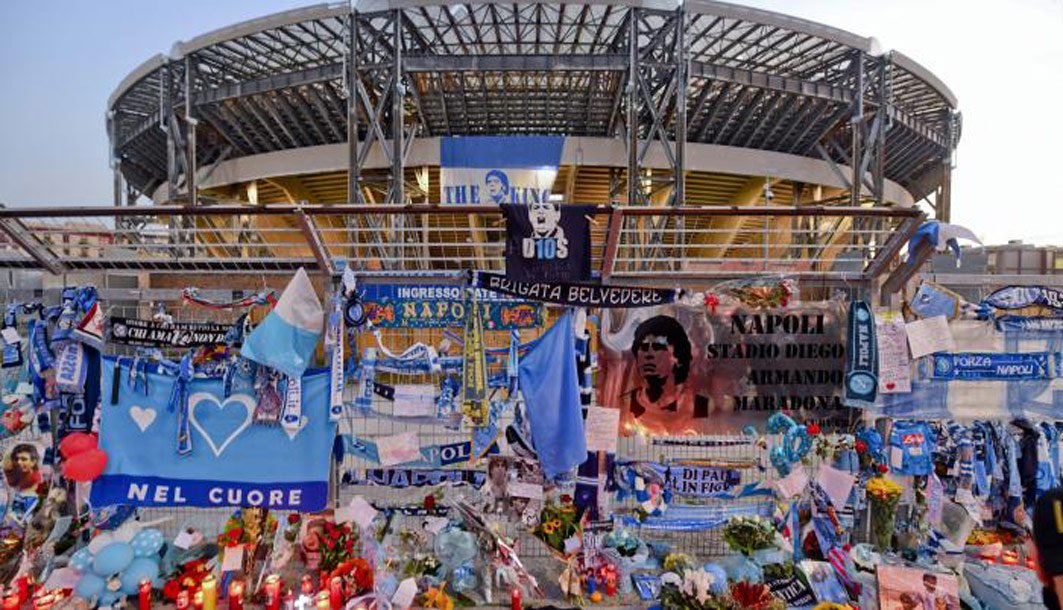 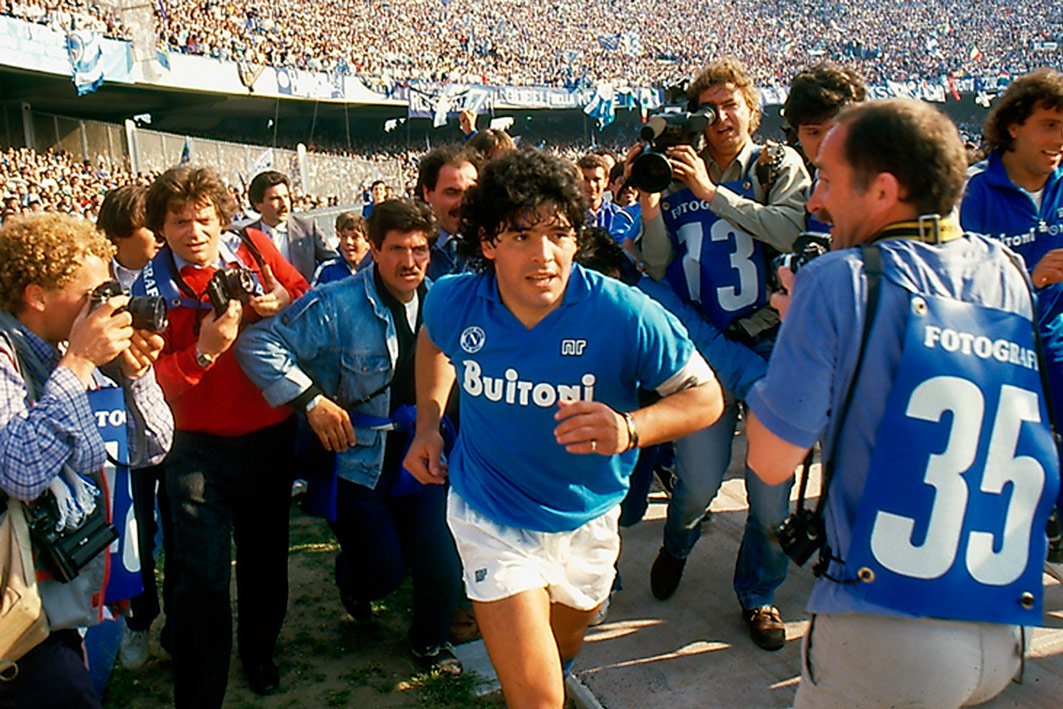