Home People Sports Maradona and her stage in Boca

The first day Maradona wore Boca's shirt and his return to the club of his loves after a penalty in 1995. 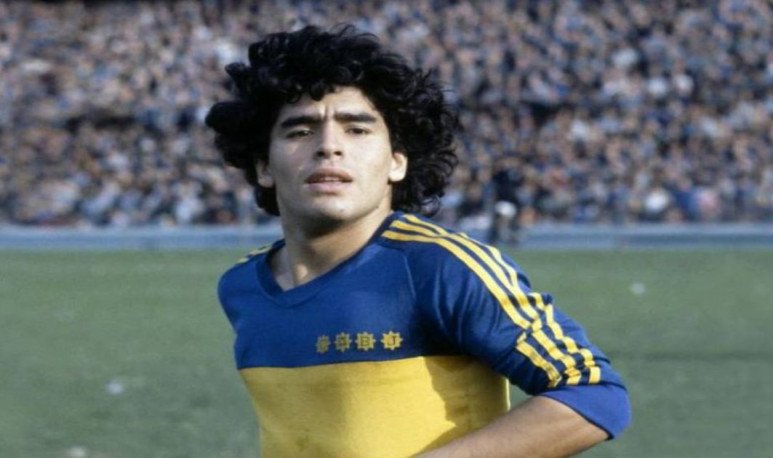 The era of  Diego Maradona  in Boca is divided into two stages, the first and the most prominent was his signing in 1981 when it was sold by  Argentinos Juniors.  After a superlative step in Europe, in 1995 he returned to the club after being suspended 15 months by  FIFA  after the positive doping at the 1994 World Cup in the United States.

First time with the xeneize coat

Diego came to wear the La Paternal bug's  shirt  very successfully and the club knew that a gem that brilliant needed to be sold.  Argentina  's local market looked open to the rough diamond that Argentines had and some international institutions were looking for export such as  América de Cali and Barcelona.   River  tried to sign it by offering him the highest contract of the squad along with that of  Ubaldo Filiol but the national jewel wanted to play on the sidewalk opposite. At that time  Boca  , like the country was going through a very bad economic time, so the cross negotiations did not stop. Offer and against bid until in 1981 the club de la Ribera paid 4 million dollars in total for the fluff to wear the shirt number 10.
Already wrapped in blue and gold on a hot afternoon, the first date of the  1981 Metropolitan Tournament was played, a full  Bombonbonera that hailed its name and premiered a love unconditional with the puffy boquense. The rival was  Talleres  and diego wore himself with some luxuries and decorating the final result by 4 to 1 with two goals of penalty. The team led by  Silvio Marzolini  took the first step of a long walk through the club after spending a long five years in drought areas. Finally Boca led the table of that year with a  plugged Maradona who scored 28 goals and 17 assists  in 40 matches, this was the only  Argentine football  title that won the team.oacute;. At the end of the season Barcelona returned to the charge this time more determined to sign it.

The end of the game

After the famous phrase “ I didn't get high, my legs were cut ”, FIFA punished him 15 months because the positive doping in ephedrine at the 1994 World Cup. Maradona set out to return to Argentine football and put on again the xeneize jersey and captain's tape. The DT was the same as that Metropolitan Tournament won in 1981, Silvio Marzolini, and the debut was against  Columbus  in the Bombonera. He appeared through the tunnel with a blonde strip on his head and the ball in his hand, the swollen was coming down as well as the papelitos that did not stop falling from every possible angle, inside the court were Diego's daughters to give him a surprise. Before the ball rolled, the ten made some games with his left-handed leg and both shoulders showing that the quality with the ball was intact. The match ended in favor of the local who won by the minimum,  Diego played the 90 minutes  without highlighting too much as in the whole Tournament, which ended up being champion Velez.
His second stage was certainly not so satisfying, he was at the end of his career and it became increasingly uphill to maintain the physique. Argentine media burdened him on guard in his fifth or looking for some other problem to sell in the media, even talking about another possible positive doping. Finally, already tired, among some swings Maradona ends his football career on October 25 against River at  Monumental , only played the first time and the match ended it winning Boca by 2 to 1.

“Argentines are living in the world upside down” Diego Maradona