Home People Sports Magnanimous DT, you're happy to meet them!

On a day like today, a sports star was born. Unique in its kind, this Cordovan is one of the key characters for the Golden Generation... 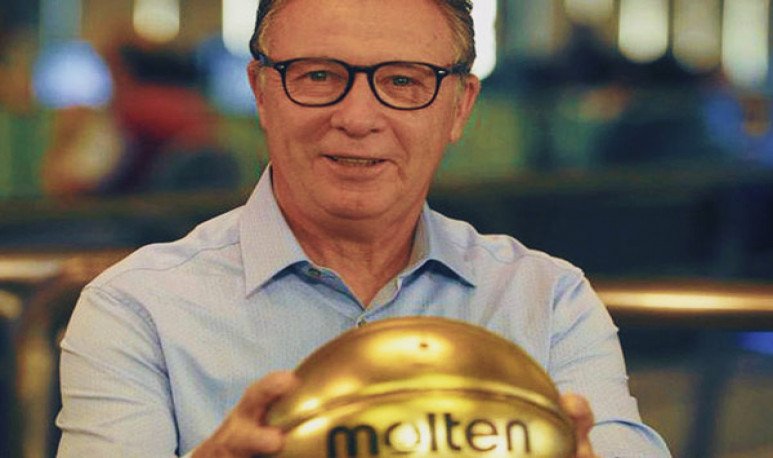 He was born in Villa Maria on October 9, 1954.  He played on the parquet until his body told him enough, but he never walked away from basketball. He is a former player, physical education teacher and technical director of Argentine basketball and led  the Argentine national team during the best stage.   Rubén Pablo Magnano  was a key character for the conquest of the  2001 FIBA Americas Championship.  Also for the South American of the same year and the runner-up in the  2002 Indianapolis World Cup.  But since DT didn't settle for that alone,  he accompanied the golden generation to embrace the title at the 2004 South American and the gold medal at the Olympic Games of Athens in the same year.

He is the magnificent Argentine basketball character  who gave us his life    to give the people those great victories.   “ He is one of the architects of the reality of Argentine basketball. His mere mention generates enormous empathy, attachment and respect for his decisions,”  says Javier Lanza about Magnano. This Cordovan is linked with the orange ball  as with the red thread.  His unconditional love of this discipline made him  a success as a player and technical director.

A myriad of conquered titles make up  his sports résumé.  As well as a host of outstanding qualities and values make him  one of the most beloved characters in the sport.  His name is associated with glory, love of shirt and hunger for victory.

Rubén Magnano is a professor of physical education certified in 1981, by the  Faculty of Physical Education in the province of Córdoba . However,  there is no role that outweighs  what your sporting career proves. There is no title that endorse and honor such talent. In 1982, after being crowned with the title of professor, he decided to take the course  of National Basketball Coach  issued by the Municipality of Córdoba. And he approved it. So he started acting as DT in 1990, and until 2004 he won at least one title per season,  adding 20 titles between 1990 and 2004. An Argentine record, a Cordoba imminence and a world character.

With his match to Cordobesa  in cuestas, he was the coach of Brazil National Team from 2010 to 2016 replacing Moncho Monsalve. And that's not everyone who lives up to that substitution. But Magnano came and did his duty, embracing his passion.

He was also the coach of the Uruguay Basketball Team in the  final stretch of the qualifiers for the 2019 World Cup.   A memorable moment  for the Uruguayan brothers, from which he strengthened ties with the neighbouring country and decided to continue his wanderings in basketball. He currently serves as  Sports Director of the National Teams of the Uruguayan Basketball Federation.

May you birthday them very happy

So today he's 66 years old.  Having sweated a lot of t-shirts  and raised a lot of glasses, but never giving up. In addition, with a philosophy of life that impregnates us with wisdom and  prompts us to continue dreaming .  He tells about his conception of success that  “(...) it's a habit.  In my talks I talk about the success of Monday, that is, about what one, about what I can for good from the moment you enter an office, a shop or a basketball court,  from that day on . At that moment, you're starting to be successful. When you prepare for the determining moment. When you don't get it, if you prepared for that moment before, you have the healthy feeling that you did everything to achieve it. But it's usually all at your fingertips.  ” And he goes on:  “Failure is too aggressive to put it as an antonym to this.  Failure is not to try,  it is to be late for classes, it is regular in training, not to have respect for a partner, that is failure. Now if we are going to use a sporting result as failure, we can argue.”

With his teachings,  Magnano becomes a flag. Sporting icon and admired by the Argentine people.  Today, we wish the magnificent Magnano a happy birthday. Today, the gift of having it is for us, the gift of the glasses,  the sung points and the passion  of  a whole blue and white puffy accompanying it.