Sometimes we don't realize what we have. 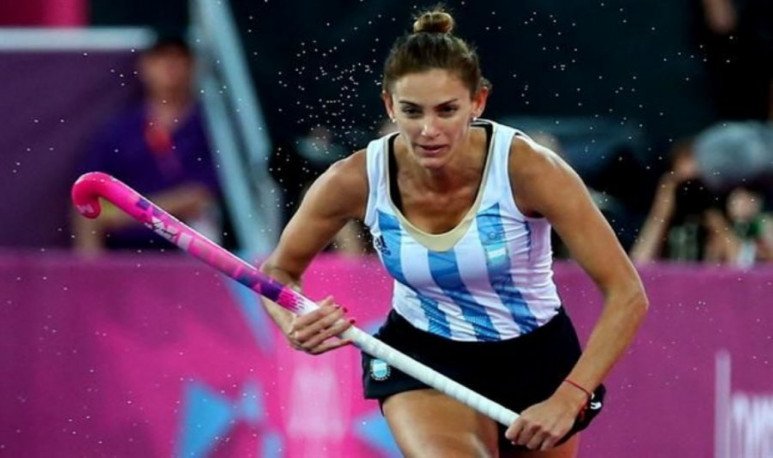 Sometimes we don't realize what we have. As with  Messi , but this time, in women's hockey.

Luciana Aymar won the award for best hockey player in the world 8 times (the first time, in 2001). And to this day the recognition of his talent continues with impressive validity throughout the years. She was two-time world champion (2002 and 2010), twice Olympic silver medal (2000 and 2012) and two bronze medals (2004 and 2008). He won six times the Champions Trophy and three times the gold medal at the Pan American Games.

order not to go any more, in 2008 the International Hockey Federation (the equivalent of FIFA) named her Best  hockey  player in history. Yeah, they read it right, about the story. And the relevance of Las Leonas, to a large extent, is thanks to her. A beast.

He started  playing  at age 7 at Atletico Fisherton de Rosario. After 10 he arrived at Jockey Club. At the age of 23 he decided to make the leap and reach Buenos Aires. It was Quilmes Atlético Club with which he won the runner-up of the Metropolitan Tournament (2006). Then there would be a GEBA club.

While it is recognized and even respected, sometimes I feel like we don't realize what we have. The same thing happens to me with Ginóbili, whom I think we recognize a little more, but I don't know if we're aware that the guy is a legend. People with t-shirts with the surname Ginóbili and Aymar on their back are not so often seen on the streets of Argentina. We don't see them as often in all media advertisements as they do with football players not even as successful. We don't see it on social media showing high-end cars or trips at exclusive resorts. We don't hear boys or girls say in television interviews that they want to be like her when they're big.

There are sports that hit harder than  others , it's true, that's so anywhere in the world. But Aymar is impressive: he played 4 World Championships with Las Leonas, won two and in the other two came third. At what stratospheric level would we have raised a football player who would have achieved that record? Of the 7 Champions Trophy that were played between 2007 and 2014, he won 5 and came out second in the other two. I'm impressed.

To reinforce the idea: she was chosen as the best player in the world on eight occasions (2001, 2004, 2005, 2007, 2008, 2009, 2010 and 2013). The International Hockey Federation (FIH) declared her Legend of Hockey in 2008. In addition, no minor detail, is loved and respected by all the companions and coaching staff who have had the honor and luck to work with her. There is no person in the sports world who says that she believes herself more than the rest or that he has a bad attitude to his neighbor. Keep, and I'm not surprised, the humility of the greats.

I propose, from here, that its name be given to something: a stadium, an association, a tournament, a rostrum, a street, a hockey school, a roundabout, whatever. Let us not happen what usually happens to us, that we do the tributes when the honoree can no longer see it. Let us take advantage that this myth not only does it still live, but we have it here just over the ladito, crossing the mountain range. Let's embrace her and tell her how much we admire her, let's not waste time. Let's not be ungrateful.