Home People Sports “The Pumas represent what Argentines want to be”

The best Argentine player in the history of rugby, Hugo Porta, disgrades reflections and anecdotes with the blue and white tattooed. 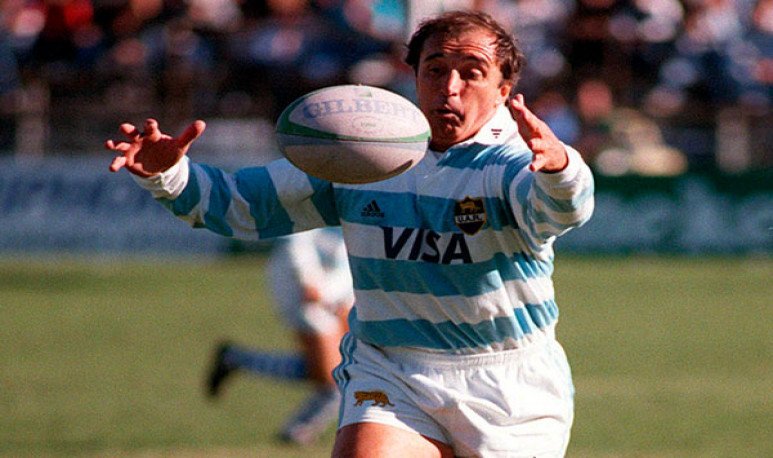 Few Argentine athletes are as respected by peers and strangers as  Hugo Porta  . Owner of one of the best hits of world rugby of all times, historic opening of Banco Nación,  the Diez de Los Pumas forever, Porta  also stood out at the Argentine embassy in South Africa and shared hours with Nelson Mandela. The oval gave Hugo many satisfactions but considers that the most important was “create spaces for the boys to approach the sport” Pictures of a player with a raised eye and full chest, or not that he always asked for the ball.

Journalist: Why do you think Argentines identify so much with the rugby team, Los Pumas ?

Hugo Porta:  I think  the Pumas  represent what Argentines want to be . And you feel that when you put on that shirt, it's a loan that forty million Argentines make us. On the court a Puma perceives that fans are asking us to defend the best Argentine values, and traditions, in 80 minutes.

Rugby is a game where there are no privileges, and everyone knows what their rights and obligations are, something we seek as a society.  It's a sport in addition to a lot of dedication. Another thing that makes the Pumas appreciated I think is delivery. One can play more or less well, more or less badly, but what is guaranteed is that we will  leave everything on the court for the celestial and white.

Q: What did you learn from your years with Nelson Mandela?

HP: I was just talking about rugby not giving privileges but I admit that I was touched by the wand from what I did on the African courts in 1982. I was fortunate enough to be the Argentine ambassador to South Africa, in the resumption of diplomatic relations in the 1990s, and that allowed me to meet Mandela. A black leader who was a giant of contemporary history.  Mandela thought about the good of his peers, wanted the same rights for all South Africans beyond his color or religion, protected in his famous phrase “no one is born hating”  As taught to hate can also be taught to love: invited to the ceremony of his assumptionto the guardian who was watching him in prison during his fight against  Apartheid . He was a one-term president, despite the immense popular support, because he understood that his time was that of long-awaited unity, and that he should let others continue the road to the future.

Q. We were talking about Argentine traditions, and one of them is the rugby amateurism that was interrupted recently with the professionalization of athletes, what do you think of this radical change?

HP:  If I learned something in my years as a player and leader, it is that rugby is fun and freedom. And I don't want to lose them. Owning myself allowed me to make the decisions within this nice sport. It was also where I made the best friends. But it was never a means of life but a way of living. Other people take it as a job. And when it becomes a job things change, you have a pattern, you have no freedom of action in the game, and you must abide by the orders of a club owner. I want professional rugbis to be successful and make a lot of money.

My rugby world is in volunteering, creating spaces for kids to approach sport, wanting people to expect nothing in return, and collaborate in an act of love.  I'm not against professional rugby, but it's something else, different from the national tradition.

Q: Tell me about the not-so-known facet of Porta through the Laureus Argentina Foundation.

HP:  There have been many lives we have been able to play through sport in these fifteen years. We believe that in sport the boys are self-summoned when they learn playing. We teach a sport that fights discrimination, so that young people know their rights, and we proclaim that triumphs do not fall from the sky but the result of effort and dedication. Sport gave me a second chance with the foundation. It is an international organization, with ex-sportsmen, and that had Mandela as president.

Q: He was about to be a footballer, wasn't he?

HP:  It's those things that are coincidences. My father did not want me to play rugby because of fear of injuries and blows, he took me to try on  River Plate, I almost decided on the round. He even called me Carmelo Faraone from Boca Juniors, a club of which I'm a fan.  But there was a couple of days without football workouts because of rain and I kept the oval. Let's say he decided the one from Arriba (laughs)

Q: Moments in the sports career of Hugo Porta

HP:  In rugby I was lucky enough to have a long race (1971-1990) You usually remember the sweet moments but there were matches that did not break it (laughter) I had important stages in my club Banco Nación, which is the family, and also in the selected one, where I played for honor.  Because I played in the honorary team and to represent the pride of my club. I had moments of great joy when we came out champions with my club, Banco Nación -1986 and 1989, elected the best national rugby team of the last century -, or we beat England with that team. With the one selected when we defeated France on Ferro court in 1985, or won in the first test match outside the country in Australia. Also the draw with New Zealand was very important in our history of Los Pumas.

Q: What were your feelings when you entered the World Rugby Hall of Fame in 2008?

HP:  It happens that when you do things for fun, and you have the recognition of people, it's wonderful. But one has to be with your feet on the ground. There is a tango that says fame is pure story.The truth that remains of so many years of rugby are friends and shared moments more than compliments.

Q: In your professional life as an architect, does the rugby player appear?

HP:  Sure. In rugby one learns to overcome adversity, learn to listen to the other, to be supportive. Try to learn from the other the best when it's up to lead. Those are the teachings I try to apply in my work. Know that one is a part of a whole, part of a team, whether in a company or a public institution.

Q: What does it mean to be an Argentine for you?

HP:  Pride. Living in a country that has traditions. That's where my immigrant family from Cuba and Spain took root. It's been a country of opportunity for us.  I think you belong to the place you were born and I belong to my country a hundred percent.

Q: How to continue with national traditions?

HP:   The first thing we need to be is authentic and honest  . The Greeks said that man should always try to do his best. It would be very sad to go through life without being our best version. And authenticity, transparency, solidarity, are essential because if not others are distrustful of our accomplishments. 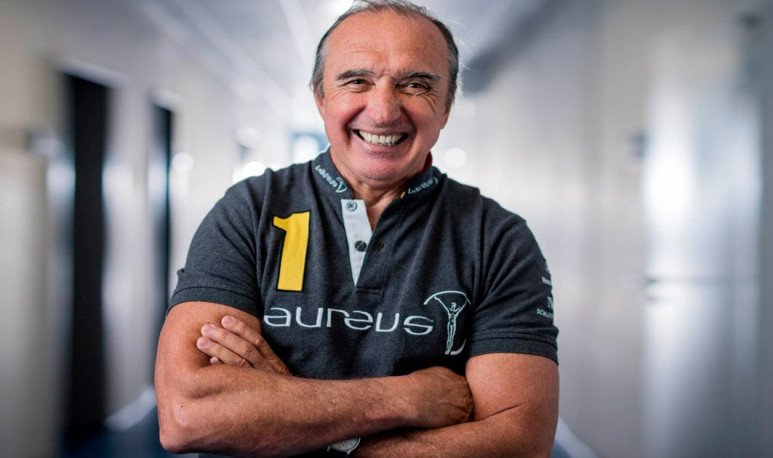