We tell you the story of Gabriel Rodolfo Raies one of the living legends of Argentine motorsport. 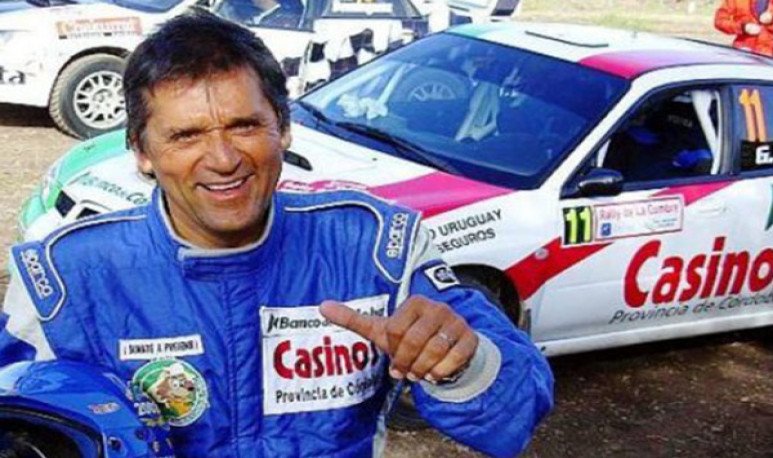 Gabriel Rodolfo Raies is an Argentine ex-racing and rally driver, who transformed the lives of many with his wanderings on the tracks. His sports performance led him to be the idol of thousands of Argentines and, despite his retirement a long time ago, he keeps in touch with the media, telling his experiences and experiences. Because he never stopped being a star. Raies was born on May 11, 1958, in the city of Córdoba.  It debuted on May 14, 1976  and, from that time, it became popular in the motor discipline environment in Argentina and the world. Earning 18 titles in different national and international categories, most of them in the rally discipline, led him to become an icon of motorsport.  Raies is a car imminence that no one will ever reach.

He competed in the categories  Turismo Nacional, TC 2000, Turismo Carretera, Top Race  and was one of the main drivers of the creation  of the Argentine Rally Championship  (later called Argentino Rally), which was also  his top winner with 16 titles, as well as one of its top and usual animators.  This Cordovan is considered one of the top champions of Argentine motorsport, shares the title of honor with Juan María Traverso, multiple champion of racing track.

Motorsport runs through the veins of this Cordovan fierrero.  Within his family, his father Alcides Raies (1932-2017) was also a motorsport driver and promoter in Argentina. His brothers Marcelo and Juan Pablo also knew how to venture into motorsport, obtaining titles in the discipline of rall. However, with a competitor of Gabriel's caliber, they failed to exploit their trajectory. In the case of Marcelo, he became Argentine champion of Class A de Rally in 1981,  and after retiring from the competition he was dedicated to leading his own rally team. Juan Pablo, meanwhile, was  South American champion of the A8 class of Rally, in 2005.

Yet their idols are moving away from their lineage. He once told the media:  “I always had two idols:  El Flaco and Luis Di Palma.   Inside the car El Flaco is an idol, and outside the car is my friend, with virtues and defects. And you don't judge friends. If one day I have to tell you something I will do it personally” , referring to Juan Maria Traverso.

Gabriel Raies announced his retirement on December 5, 2002, but he  never moved away from the fierros.  He was dedicated to accompanying the sports career of his  adopted son Juan Cruz Acosta Broda, who competed in the  Formula Renault Plus and TC 2000 categories. And, in addition, he sponsored the creation of the  Toyota Young  team that competed in  TC 2000 in the 2017 season.

The memory of Maradona

Today, at 62, he reappeared in the media to remind Diego Armando Maradona , with whom he had the opportunity to share a ride at pure speed, in the province of Córdoba. In this evocation to the memory of God, he says Coppola invited him to eat a barbecue at Posada del Qenti, where the star of football was staying in  his recovery process.   Raies hesitated to go, but finally agreed. The day, unexpectedly, ended at full speed,  the two got into the car and put fifth thoroughly . In these memories, Gabriel states that  “Diego was not afraid of anything” and, humbly, clarifies that they were not friends, simply acquaintances who could share a unique moment together . Where they exchanged knowledge as fans who were, each with their discipline, each with their talent. Diego with his gift of ball and Raies with his gift of speed.

When Maradona was a savalero

The vampire of the chicken coop

Maradona: the ten numbers of the Ten