There is no doubt that Messi is the best of today. If Diego wasn't there, maybe the story. But it looks like one more. A Perez. 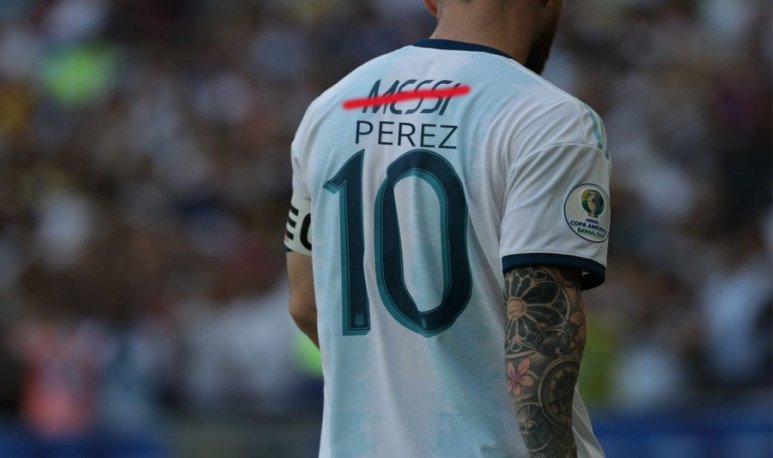 If his name was Perez, would Messi be a starter in this selection?

I think definitely not. In this Copa America he was almost not on the  court . And that the day before the match with Venezuela, he wrote a  drunk ! Yeah, we talked about it. The man asked her for the mother's run over dog, that Lio discose her.

Well. The request didn't work.  Messi  was Perez. He walked the court. He didn't do a good. A free kick into the hands of the archer (they were a butter). Three short passes to those in white and light blue.

Nor fall to Messi

It is true that he is not surrounded by the best way in the National Team. But he also has an attitude that doesn't seem to infect others some desire. Perez's attitude. Looks like he's not interested. I'm not saying he's not interested. I'm saying it looks like. I imagine it must be quite the opposite. Nobody but  Messi  must want  Messi  to break it all in the Selection. But the truth is, it doesn't happen. I don't know if it matters why.

The issue is complicated. No one can question what is the best. But if he does not play as the best, what is the reason to put together a team around him? We've been waiting for years to be uncovered. I'm saying it because one reason would be that in a move you uncover and beat you a match. But it doesn't happen. It would be a pity if it happens without pain or glory in national team competitions.

If Messi  wasn't Messi; if he were Perez, he would have been out a long time ago. At the Selection level is a dilemma that few technicians could solve. Guardiola? Is there any more? What a tremendous riddle.