Lionel Messi is undoubtedly the record man. After beating Pelé as the top scorer in a single club with 644 goals in Barcelona, he already has 80 certified records. 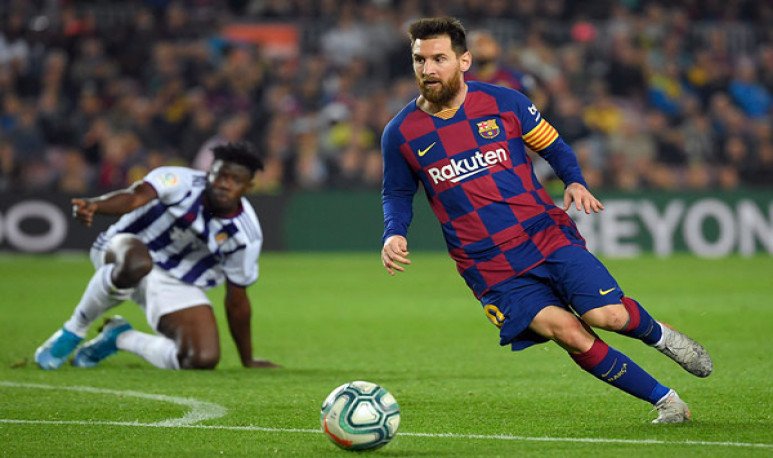 The greatness of  Messi  has no roof, it seems that breaking this number of records is something we are accustomed to, we take it a little for granted. He created the habit of overcoming even records that he has already surpassed and that sometimes makes us a machine to demand more and more, not only out of habit, but also plays an important role the flag.But the demand is undoubtedly placed by the player and Messi always looks for a way to overcome, to score 644 goals with his club and a total of 715 counting the albiceleste jersey, to attend 290 times to a player and the incredible figure of the 2012 season where he scored 91 goals in 69 matches. Numbers with light blue and white tint that allowed him to get infinite records and many open mouths of world  football  .

The name Lionel Messi in many parts of the world, but mainly in Barcelona, is sacred. In the Spanish League he has done what he wanted throughout his sports career; he has the following brands: he is the   top scorer  in the Spanish classic,  in perhaps one of the most Leading from the world Lionel has been able to score 26 goals in 41 games played, scoring in his debut 3 goals with only 18 years. To put this record in context; the second-most scorer, Cristiano Ronaldo, is below with 8 goals less. It also has  the greatest presence of matches for a foreigner  with 466 matches played. No other player from another country other than Spain has played more matches than him, so he shows a clear dominance of the Argentine, who also counts on being the  player who most times proclaimed himself scorer of the league , after performing it 7 times. The last time an Argentinean had won it was Juan Antonio Pizzi in 1995. In 2019 he proclaimed himself as  the only player in history to score more than 40 goals in 10 seasons in a row,  Messi's constancy season after season is giant, unmeasured for almost any other player. Every year the same player scoring infinities of goals and assists as if we lived inside a loop that does not stop repeating itself.He makes so many goals, he is the man who  scored the most consecutive matches for  Liga   with 33 screams in 21 matches.

Any European competition has goals from the Argentine and also broken records as in the Champions League, the most important and difficult tournament at the club level. We started moving to that wonderful year Lio had in 2012, where he scored the  most goals scored in a Champions League match  with 5 goals against Bayer Leverkusen, the final result was 7 to 1 in favor of  Barcelona . Lio has goals to deal and  has managed to score 34 different teams in the Champions League,  a real machine not only converting but also generating chances of goal, being the  only player   to score at least one goal in six official competitions of clubs in a calendar year  (twice): 2011 and 2015.

Impossible to forget that he holds  the most awards Balón de Oro,  an award given to the best player of the season, with 6 under his arm, is pursued closely by Portuguese Ronaldo with 5.It is also worth to rescue who is the  player with the best average goal in Europe  (Champions League) with an average of 0.8 goals per game, 118 goals in 147 matches played. In the  Club World Cup  competition he is the  only player who has scored in three Club World Cups,  in 2009, 2011 and 2015. 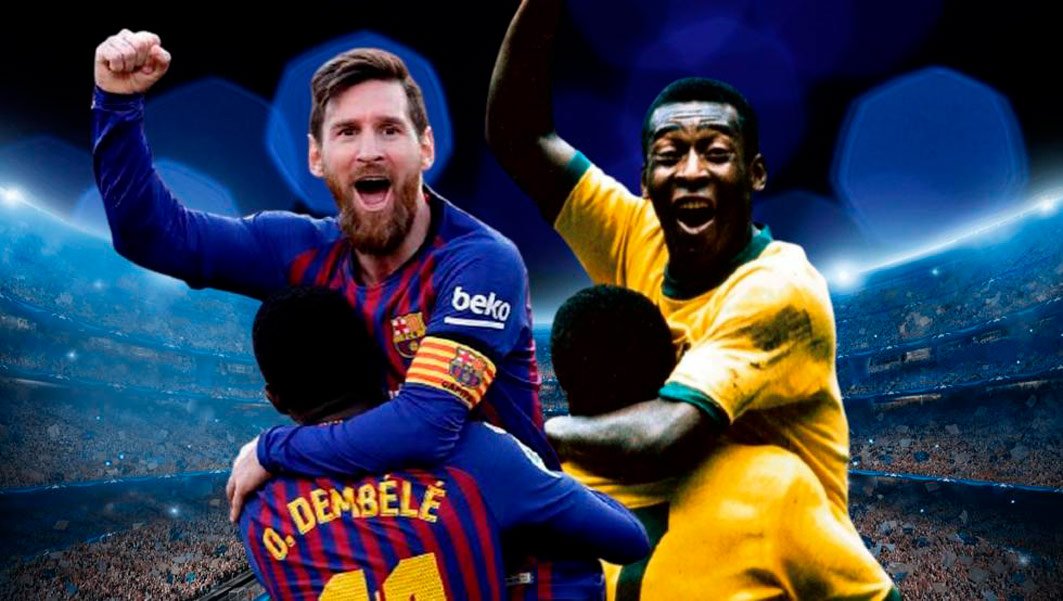 The years continue to pass and so also the goals of the Argentinean, whose only destiny is to overcome these records as he and his left-handed leg know how to do it. Messi's left and the net have a relationship from years ago, of those that will never be broken, unshakable wherever you look at it. Because he still has years of career and with them many more goals, but still not achieving goals has already left a mark for life, so that the generations who come remember well the man who breaks records and wrote pages of books in the history of this sport. He definitely made history, even without finishing his career he is proclaimed as one of the best players of the whole life of football. We can already say that on that big table there are two diners with the same flag, two Argentines who have probably asked for roast,  Diego Armando Maradona  and Lionel Andrés Messi.