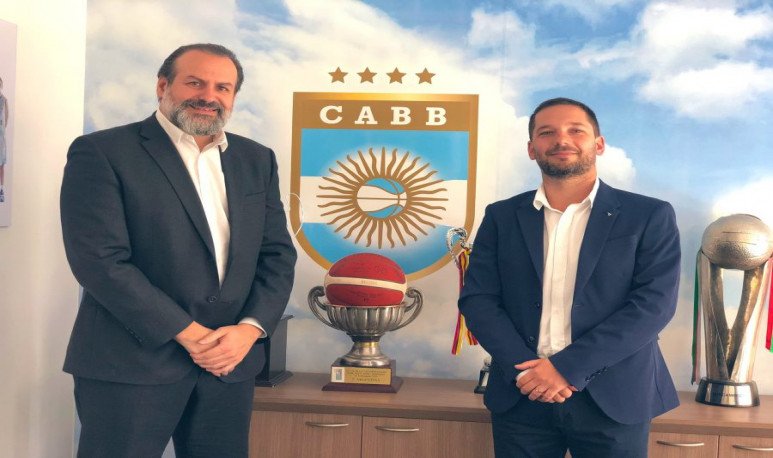 Las Gigantes  already have a replacement for Cristian Santander: it is Leonardo Costa  , who was already performing roles in the women's training and was leading Ciclista de Junín in the Argentine League until a few weeks ago. The bond will be for two years.

Costa led the  U18 National Team  in  Mexico's recent FIBA Americas  (third place) and was also assistant to the  senior team  at AmeriCup 2017 (second place).

“The truth I was surprised by the call. He was in the  U19,  which as everyone knows has World Cup in the middle of the year. He was focused fully on the elaboration of the preparation and the whole process. Because it's a big challenge ahead. But well, I'm not going to deny that it was a tremendous surprise when the proposal was confirmed, a very pleasant surprise. It is a pride and a responsibility for me, I hope to be up to it,” said Costa, who for a matter of time and coalition of calendars will not hold his position as a U19 technician during the Bangkok  World Cup  , Thailand (20 to 28 July).

The first commitments that Buenos Aires will have to Las Gigantes will be the  Pan American Games in Lima  (August 6-10) and then  AmeriCup  (September 22-29, in Puerto Rico).

“I am happy with Leo's arrival. He's been working with us for several years and we know him very well. He knows about our goals and is a proven DT, with great capacity, that comes with experience in the TFB and Liga Argentina. It seems to us that he is the right person to continue the  Santander process. It is a very important year for Las Gigantes, with the Pan American, AmeriCup and the possibility of fighting to enter  Tokyo 2020 . We have no doubt that the team is in good hands. We trust him and his team. The entire CABB structure, with  Karina Rodríguez  at the head, will be behind him trying to bring him the best conditions,” said President  Federico Susbielles  .

For her part, Karina Rodríguez, Director of Development of  women's basketball , was equally satisfied with the designation, valuing the virtues of Costa: “It is a new cycle that begins. Leo has all the conditions to continue and increase the rising curve of women's basketball in Argentina. He is a modern coach, thoughtful and already knows most of the players in the Major Team, which will undoubtedly collaborate at the beginning of the process.”

“My expectations are total. Personally, I will give myself to the fullest to contribute my grain of sand to what was being done. We will look to present competitive teams and work together to go with a common game philosophy. One of the main objectives that I am considering is just that: to be able to work together minor categories and Major Selection,” Costa said. And he concluded: “I see material to continue growing. This team, without going any further, comes from getting the South American last year. We will try to prolong the good management of Cristian (Santander) by providing our bit. There are a lot of things that were being done right and are not going to be changed. I had the opportunity to work with Cristian's coaching staff and I can confirm it. We have good level players to whom we will try to enhance. I'll have to learn and discover things over time. I really want to start.”