Home People Sports Leandro Palladino: the Uruguayan who was part of the Golden Generation 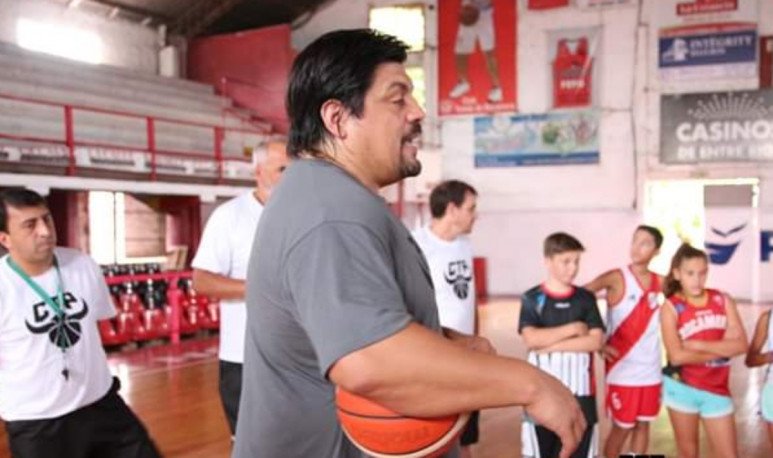 He was born on  January 13, 1976  in the   city  of Concepción del Uruguay  .  Leandro Palladino  grabbed the  ball  at the age of 4 at Club Tomás de Rocamora, where he played until his 17. Then he went to play Atenas de Cordoba and remained in his ranks for six years (1994-2000). There, he won two National League titles and was Pan American Club Champion in 1996. He was also Champion of the South American League in the following two years. Later, he continued his career in European lands such as Reggio Calabria, Naples and Novara in Italy. While, in Spain, he wore the T-shirt of Tau Cerámica and, in Bulgaria, the one of Tenerifey CSKA.

There were many achievements made throughout his professional career . On his return to the country, he played in Ben Hur, Central Entrerriano and Boca Juniors. However, in 2009 he retired with the jersey from the place where everything started: Rocamora. But before he won the Volcadas Tournament in 1996, he joined the South American Quintet 2001 and the Ideal Quintet in 2005 in Chile. He also participated in the Hall of Fame Celebration Party in 1996 and was South American champion in Valdivia 2001. In addition, he was the Olympic Qualifying Champion in 2001 in  Neuquén  and Silver Medal at the Puerto Rico Olympic Qualifying in 2003.

Leandro Palladino  was part  of the  origins  of the  Golden Generation  . A  litter of basketball players that many define as  one of the best teams in the history of Argentine sport . It was a squad of players whose surnames are constantly replicated in countless t-shirt fans throughout the world.  It is that the imprint they planted resulted in an unforgettable legacy and the example to follow of dreamy kids with throwing the hoop . In this way, they won  a lot of gold, silver and bronze medals for the Argentina Basketball Team . It all happened in a span of more than 15 years that was enough to earn a place in the collective memory.

Although he did not play in the Olympic Games, the entrerriano was in South Americans. He also played the 2001 Pre-World Cup and, consequently, the 2002 World Cup . Regarding his participation, Palladino said that the opportunity opened when he began to score points in Athens. That led him to wear the  albiceleste shirt ,  as much as one can aspire to , according to him. In this regard, he stated that very important things were achieved inside and that being within that group  was a privilege . In his testimony, he has described it as a unique space where many want to be and only a handful does it.

In  2002 , the Uruguayan joined the Argentina National Team that  beat the United States at the Indianapolis World Cup . That date was imposed by 87 to 80 in the Group Stage. Finally, the team finished second in the World Cup event, but could not overshadowing the relevance of what happened.  It's just that they came out victorious against Dream Team, a fearful giant . For Palladino, it was a  historic moment  because they were the first to defeat a team with NBA players. He even recalled that during the instance  all delegations came out to applaud them  and it was a milestone that he was always reminded. Today, Leandro's name continues to resonate as a necessary partaker of all that  glory , and for all that he continued afterwards.