A day like today was born a star of the Argentine Rugby 7 Team. A Cordovan who was encouraged to roar loudly for the world to hear it. 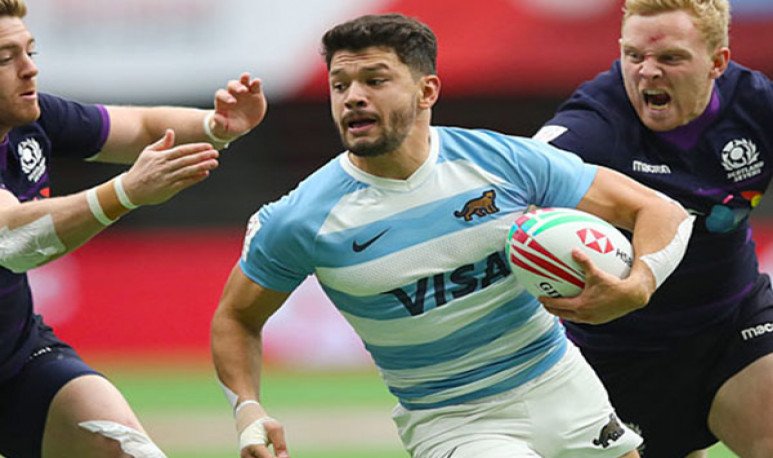 Lautaro Bazán Vélez is a Cordovan who was born on a day like today: February 24, 1996 . With 25 years of age, he is established as one of the most outstanding rugby players in the province. He is a member of the Rugby 7 national team and serves as a  brand-new scrum and fullback medium.   He currently plays at Córdoba Athletic Club,  where his passion originated  and his heart was dyed.

Bazán Vélez began his sports career at the age of 5 at Cordoba Athletic Club,  of the Cordoba Rugby Union. His father started him and his brother into the world of this discipline that is currently in everyone's eyes.  From its beginnings until now , it was experiencing changes and  boosting its performance.  Until you get to play  with selected and provincial level.

Rugby 7 is a rugby variant with seven players  per team, instead of 15 from Rugby Union. This version of rugby is very popular with  notable competitions such as the Olympic Games,  Rugby World Cup 7 and Rugby World Series 7. Rugby 7 is also played in events such as the Commonwealth Games, although it was created as a traditional rugby event. This discipline is played almost under the same rules and on a field with  the same dimensions as  rugby 15. While a fifteen-player rugby match lasts 80 minutes,  a rugby 7 match lasts 14 minutes of real time , in two halves with an interval between them of  no more than two minutes.   This allows tournaments to be held in a single day or on a weekend.  With much more dynamism  on the tables, these tournaments are a delight. And many times,  you can appreciate the presence of players  and strategies more clearly.

Argentina's 7 men's rugby team also called Pumas VII  is the national team of the 7 men's rugby mode. It is regulated by the  Argentine Rugby Union  competing for World Rugby tournaments such as the World Series, where he won two editions of the US Seven, and the World Cup, where he won the runner-up in 2009.  On a continental level it is undeniably the strongest team in South America Rugby,  winning almost every edition of the South American Seven  unbeaten . He also participates in numerous sevens tournaments in the region, sometimes with his second selected UAR7 or Pampas VII. Lauti Bazán was part of this team and left  everything on the court  with the blue and white.

This high performance athlete is played for the national jersey  and much more. Lautaro Bazán Vélez participated in  the 2014 Youth Olympic Games , forming part of the Pumas 7s. He also played in the  Youth Team and Argentina XV.  In 2018, he participated in the Seven World Cup in San Francisco, California. The team won fifth place and Lautaro  scored 97 caps  and was an indispensable part of the team that participated in the  2019 Pan American Games.

Lauti Bazán Velez was consecrated in many ways . He won the title of Imperial player of the weekend in 2018. He also received a silver medal at the 2014 Youth Olympics and won the gold medal at the 2019 Pan American Games.

After giving us his unique performance in the Pumas VII and having sweat  the shirt with his passion , he decided  to return to the club of his loves and origins:  Có rdoba Athletic Club,  cradle of champions.

From Ser Argentino we wish you a happy birthday!