Home People Sports Laprovittola: 40 points to stay in the history of ABC

Laprovittola: 40 points to stay in the history of ABC

The base matched a mark that only Scola had 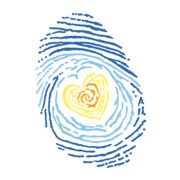 The base of the National Team achieved the maximum of his career in the triumph of Joventut against Gran Canaria, and equaled something that only Scola had done.

Of course it was the maximum of his career, and you have to go back in time to find such a precedent for ours. In 2002, Luis Scola, playing for Baskonia, scored 40 goals and 12 rebounds in a 97-67 victory against Breogán.

Thus, Laprovittola ratified a fantastic season, which has him as the leader of assists of the competition (6.7 per match) and where he leads the great gait of Joventut, 7° with 11-7 and qualified for the Copa del Rey. The team also had Marcos Delía, who contributed 4 goals (1-2 doubles, 2-2 free), a recovery and a goal pass in 15 minutes.

The rest of the date N° 18 also brought good news. Real Madrid achieved a worked 89-79 against Fuenlabrada, which keeps him in 2nd place (14-4). Facundo Campazzo finished with 8 units (2-9 court, 3-4 free), 4 boards and 2 assists in 29 minutes; whileGabriel Deck collaborated with 2 points (2-2 free) in 8 minutes. El Fuenla didn't have Néstor Garcia in the bank, due to a health problem.

Baskonia remains in 3rd place (13-5) after defeating Obradoiro by 72-63. Luca Vildoza closed with 2 goals (2-2 free) and 2 recovers in 21 minutes. Patricio Garino, meanwhile, recovers from a muscle injury and was not from the game.

Meanwhile, Tenerife (11-7) missed a good chance in Madrid and ended up losing in supplemental against Estudiantes (98-96). Nicolas Brussino totaled 6 units (2-5 triples), 7 rebounds, 2 robberies and a blockade in 15 minutes; while Nicolás Richotti was not part of the island.