On June 23, 1968, the most important tragedy in the history of Argentine football occurred: La puerta 12. 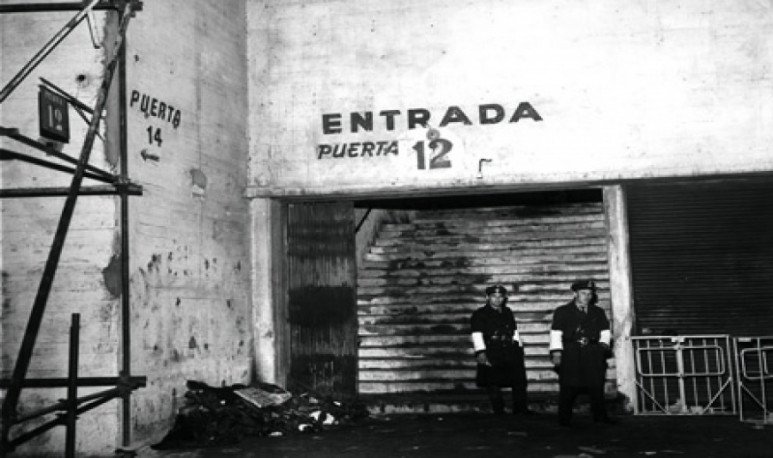 On June 23, 1968, the most important tragedy in the history of Argentine football occurred  and one of the largest in Argentine history as a seca. On the  River court the second half of  the classic was played against Boca. It was never completely elucidated what exactly happened, but in particular we can say that the exit was closed and people were pushing from the inside, the situation reached the point of the untenable and 71 people lost their lives. Most of them were minors.

There are two things that always caught my attention to the incident. On the one hand, let us not know  what happened . One version says that the windlasses that were used were placed so that when entering the rostrum the fans of Boca did not sneak in. Those windlasses, once the spectators entered, are taken out, just to facilitate deconcentration. I mean, he abandon. Irresponsibility. Inability to organize an event of such importance.

The other version is even worse (if hierarchies can be established in tragedies of this magnitude). This second explanation puts responsibility on the police. Remember that it was 1968 and that  Ongania  had usurped power. There are testimonies that say they saw the horses of the montada running over people and practically getting into the door. There is no lag here anymore: it is a simple and plain multiple murder. I don't know from how many victims are considered “mass murder,” I think 71 is quite a lot.

The other thing that always caught my attention is that there was no punishment for anyone. The  AFA  gave just over a thousand dollars to the family of the dead to give up the court claim. But prisoner, no one. Responsible for summary operations: none. The bad thing about this kind of situation that doesn't have a retaliation is that nothing makes us think it won't happen again. Today ex-door 12 is called Access L. If you ever pass through that entrance, pay my respects to the 71 victims.