Nadia Podoroska reached the semifinal of Roland Garros. It's been 16 years since an Argentinean woman had not achieved what La Peque did. 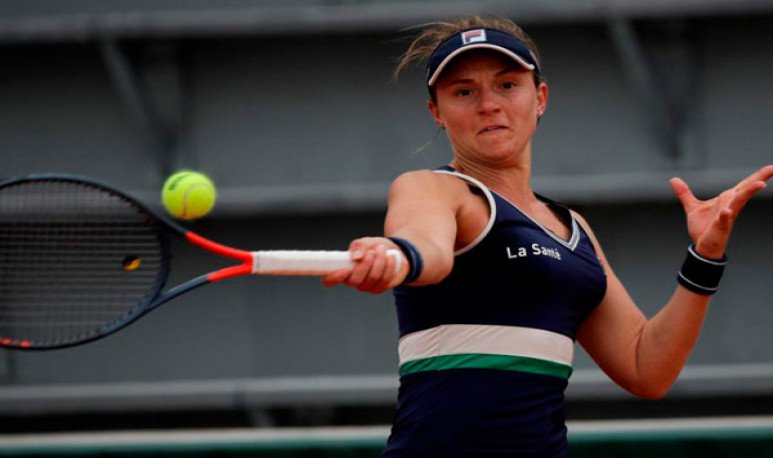 Recently, in Ser Argentino we took advantage  of an important achievement by Nadia Podoroska  to tell you who is  this phenomenon  born in Rosario. But, now, the Peque really went very far. He made us all thrill with every match he won in the traditional Roland Garros Open. It couldn't be the unthought dream of getting to the top. But the Peque reached the semifinals. And  it was a long time since an Argentine tennis player had achieved such a thing.

Nadia spun eight consecutive wins at Roland Garros. He did it coming from the qualy. He finally fell to Polish Iga Swiatek in two sets, 6-2 and 6-1, and said goodbye to the French Grand Slam, after  making history for Argentine women's tennis.

It was 16 years since a tennis player from Argentina had not reached that instance, when the last top ten in the country, Paola Suarez, achieved it. In addition,  52 years had to pass for a tennis player leaving the standings to reach the semifinal.  He won the right to participate by winning three matches prior to the French tournament.

Needless to say, this was the best performance of his career. From next Monday he will be ranked 47th in the world ranking and, in addition, he won a win of 425,250  euros  in prizes for his access to the semifinals.

It will hurt to have been so close to the definition for Podoroska, but the rosarine will see the glass more than full as the hours advance. She came to Paris almost as a stranger (said by her own rivals), surpassed all the quality and, after two weeks dreamed, was among the top four of the tournament.  He had started the year in 255th place in the ranking and today he is among the best 50 on the circuit . This is just starting, Nadia!

How much will this tournament change your life?

Just 25 days ago, Nadia Podoroska won her third title of the year in a lower ranking tournament in Saint-Malo, France. The competition distributed 60,000 euros among all the participants. All  that bag that divided between its players in the ITF tournament is the one that Roland Garros gave to each player eliminated in the first round  of the Grand Slam on brick dust.  Rosarina celebrated in equal measure for sporting merit as for economic merit. This is not a minor fact: an athlete who manages to accommodate her financial situation can only play without worrying about accompanying situations that can range from travel or lodging to hiring the work team.

Argentina had the best week of her life in France . He eliminated, among others, number 5 in the world Elina Svitolina and joined the select group of albicelestes representatives who played a Grand Slam semifinal along with Gabriela Sabatini or Paola Suarez, to name a few.

The best performance of an Argentine singlist in Roland Garros prior to that of La Peque had already occurred several years ago. Paula Ormaechea, who is also from the province of Santa Fe, had reached the main draw in  2014. That is, since that year we didn't even have competitors in the main stage of the event.

Argentine tennis lived two weeks of dream, hand in hand with its two Peques: the shocking Diego  Schwartzman  and the huge surprise of Podoroska.

La Peque is only 23 years old and a career that only today is followed by all tennis lovers. At Ser Argentino we pride ourselves on her,  and we do not doubt that great things are to come , from her racket.