The sixth consecutive of the most important event in the world 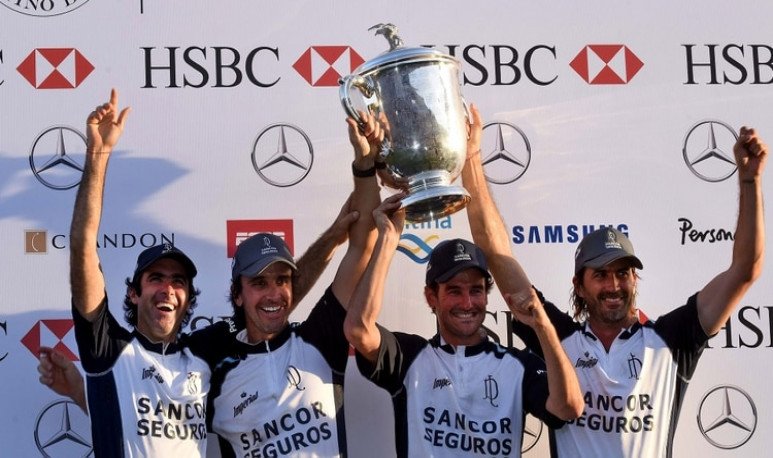 By: Roberto Morcillo
La Dolfina defeated Las Monjitas 17 to 12 this afternoon and was crowned champion of the 125th Argentine Open Polo Championship, the sixth consecutive of the most important event in the world. The match was played on court 1 of the Campo Argentino de Polo de Palermo, where the 12 goals of Adolfo Cambiaso in La Dolfina and the 10 of Guillermo Caset (h) in Las Monjitas stood out. The losers went ahead 6 to 3 in the second chukker with all conquests of Caset (h), but La Dolfina equaled in the third in six and the next could reverse 9-6 (with eight goals of Cambiaso). The difference was maintained in the fifth chukker and stretched one more goal in the next, to keep that distance from there to the end. La Dolfina played their 18th final of this tournament, which now has among its four players 40 titles in Palermo (15 by Adolfo Cambiaso, 9 by Pablo Mac Donough and Juan Martin Nero and 7 by David Stirling). For its part, La Dolfina Brava became champion of the II Argentine Women's Open, defeating El Overo Z7 UAE by 9 to 8 on court 2 in Palermo and retaining the title won last year. Meanwhile, La Mancha defeated Pilará 21 to 6, also in court 2, to become champion of the open tournament Copa Cámara de Diputados and obtain the passport to the playoff against La Ensenada for a place in the Hurlingham and Palermo 2019 openings. Translated with www.DeepL.com/Translator