Kitesurfing became the fashionable water sport in Santa Fe. The beautiful landscape of sails to the wind that captivated the Santafesinos. 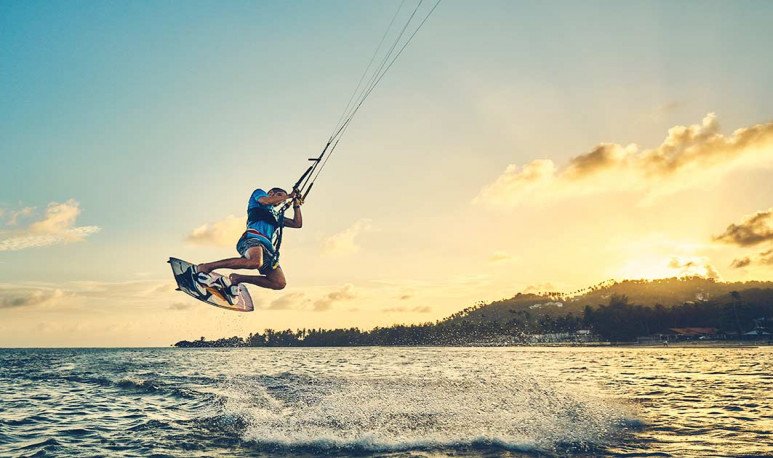 A little more than five years ago, the traditional landscape of the Santafesina Costanera began to be invaded by peculiar comets that come and go. It is the fashion of kitesurfing, the water sport that came to stay.

If there is an emblematic place of the City of Santa Fe, it is its  waterfront . On its west coast, to the north of Faro, the beaches stretch, where people often spend afternoons in full swing. Young people always hang out with some ball. Football will always be the most popular game. Also, as on any beach, you see people playing volleyball. And in Laguna Setúbal, of course, boats, yachts and sailboats pass. But, for some years now, very special little candles began to reproduce in the sky of Santa Fe. They are the kite, the main tool of  kitesurfers . They are the fashionable aquatic sportsmen in Santa Fe.

The practice of this sport consists mainly of standing on a board or waterskiing, while the body is subject to a traction kite (in English,  kite ), with a harness system and lines. Although there are several modalities, the most common in the waters of Santa Fe is to perform jumps and maneuvers.

Although the spread of kitesurfing as a popular activity or sport is quite recent, historians say that, as early as the 12th century, kite systems were used in China and Indonesia to propel small boats. Already in 1903, it was known the feat of the American inventor Samuel Cody, who crossed the channel of the spot sailing with kites

Do you want to try a new and adrenaline-filled sport? Just prepare the wallet. A basic course to learn how to kite does not fall from 400 USD.