Home People Sports Museum of the Kempes: the stories kept by each T-shirt

The Kempes Museum is a great choice for football fans. We tell you the story behind the t-shirts on display at this place. 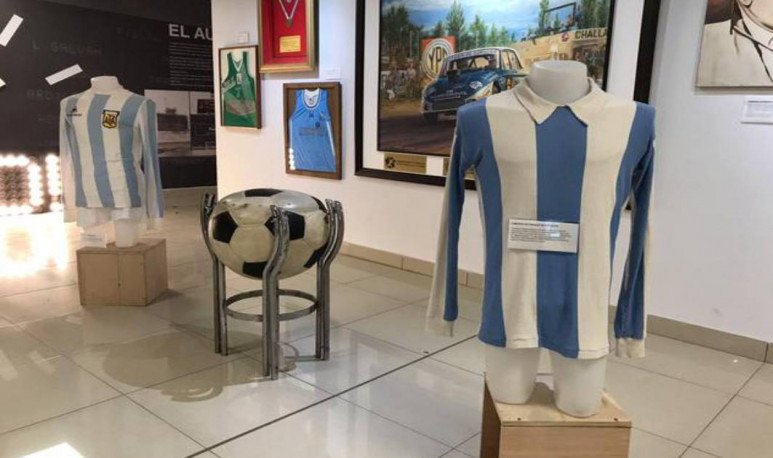 “Is that the original?, and how did he get here?”. Questions like these sound repeated in the Kempes Museum or  Provincial Sports Museum that works at  Mario Alberto Kempes Stadium .  The Nápoli shirt number 16 worn by Diego Maradona for the only time in a match against Fiorentina in 1989 is one of the great jewels. This tourist corner is on display that  keeps alive the memory of the province  that they once called “Cradle of Champions”. But she's not the only one.

Among the safety pins is the traditional  Maradona  10 of the Italian team.  The one that Dutchman Wim Jansen wore on the day of the final of the 78 World Cup (ceded by Miguel Angel “Cata” Oviedo). The one Paulo Dybala wore in Russia 2018. Also that of Pep Guardiola in his time as a player in Barcelona. And even the one José Omar Reinaldi dressed with the Cordobesa League, at the inauguration of the former Chateau Carreras.

Each of them has a  particular history , very specific to the moment they were obtained. We all find reasons to get excited in this museum. Logically, also  fans “Celestes”  have a reason to visit the Museum. There you can see the shirt worn  by the “Pirate” in the national championship of '75.

Supporters of the Institute will be able to see the first t-shirt with advertising of the “Gloria” (1985).   Racing  and Juniors fans also have their corner in this  “time tunnel”  which is the Kempes museum.

In addition, there are spaces reserved for nationally outstanding teams.   Boca   features Nicolás Burdisso's shirt on the day the club won the Copa Libertadores 2000. After the defeat to Palmeiras of Brazil.  River  does not fall behind and brings to the Museum the coat that Enzo Francescoli wore in the Copa Libertadores that  the “millionaire” team  achieved in 1996. Other very valuable pieces are that Carlos Bianchi used in Velez (1971) along with unforgettable racing and San Lorenzo garments.

In the meantime,  unique pieces are distinguished, those that are really amazing. The ones that illuminate the visitors' eyes when reading the story or the name of the person who dressed them.

One of the most special is the one belonging  to the Cosmos of New York . Where figures like Pelé, Johan Cruyff or Franz Beckenbauer played. The German visited the stadium in a friendly match against Belgrano in 1978. The  funny fact  is that in the previous meeting Gloria Gaynor sang. And as expected the figure that gives the name to the stadium,  Mario Alberto Kempes  also left a shirt worn by him at Valencia in 1979.

The  national teams  have another space. Among them we can find the Italian t-shirt worn by Roberto Donadoni. There are also  the originals  that Holland and France wore during the 1978 World Cup.

From Argentina you can find different models. The newest one is the one worn by  Paulo Dybala during the 2018 World Cup in Russia.  But there are  all times.

All this and much more is present among the more than  200 original articles . The space does not exhibit replicas of any kind. The material exhibited is transferred directly by  the protagonists themselves . Every visit to Cordoba to make a must-stop on the major stage of the sport of the Docta. The Kempes Museum is accessed with a  contribution voucher of 50 pesos for adults and 30 pesos for children  aged 6 to 12. This visit allows the taking of photographs and recreates the journey of the players until the moment of going to the court.

Andrada: from harvester to goalkeeper of Boca

Don't mess with the alfajor.