Players from all over the country are enjoying an experience that is repeated year after year. 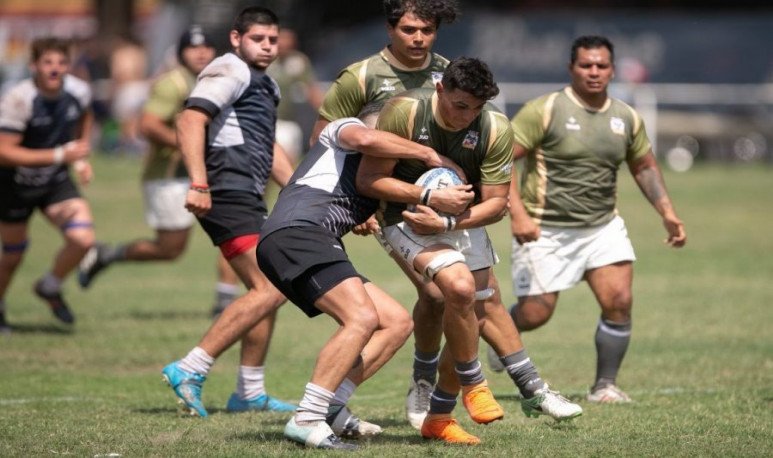 By: Redacción
Players from all over the country are enjoying an experience that is repeated year after year, when the developing selected ones meet for their annual tournament dispute. Formerly known as Super 9, this year the competition was extended to 12 participants by category, as well as incorporating some countries in the region. Here's what their protagonists feel, think and transmit: Stanislaus Bronzovich , eighth of the Unión de Tierra del Fuego youth team spoke about the experience of competing for Select 12 in Cordoba and said: “Playing this kind of competition is a very nice thing, this is my second chance and the truth is that I have it amazing again since we arrived until we leave.”  “I really like that the Argentine Rugby Union continues to bet on these tournaments because we are so low (Ushuaia) we don't share rugby with the provinces of the rest of the country, it is something we really enjoy”  “On the first day we had to play against Uruguay and the Andean region. The fact that national selections have joined in our category as the Uruguayans, Chile and Paraguay is a great experience.”  Matías Agustín Benitez Escribano  of the Union Formoseña was also very happy about the possibility of traveling with his team to Córdoba to play this tournament. On the competition system he added:  “We are happy to be able to come to Córdoba to play this type of tournaments because it is always difficult for us to play with others selected from other unions. It is very good to be able to measure yourself with a higher level to know where we are standing.”  “Formosa has a good level in the youth categories, but we still need to adjust some aspects of the game. I highlight a lot the human aspect, since it is a very nice experience and even more so with the entry of national teams such as Chile, Paraguay and Uruguay because they add a lot in the level and give the tournament category.”  “We would like to thank the Argentine Rugby Union for the effort to organize this tournament because it serves all Argentine rugby.”  Ramiro Garvendi , the player of the member of the team from Misiones, also spoke about the first day of competition at the Palermo Bajo club: “For all of us living this experience is something very nice because we face selected from other important provinces and it helps us to really know where we are standing as well as three days in Córdoba to have a good time, enjoy the group of friends and join more and more.”  “This is the first time I have to represent my province in an important national team tournament. I think being here goes beyond what game means because one allows you to make new friends and the truth are days to enjoy them to the fullest.”  “We didn't start well in sports, I think the nerves played against us, but always with the aim of ascending and everything until the last match.” Source and Image: UAR