So passionate about speed was Oscar Cabalén, who died on a race track. 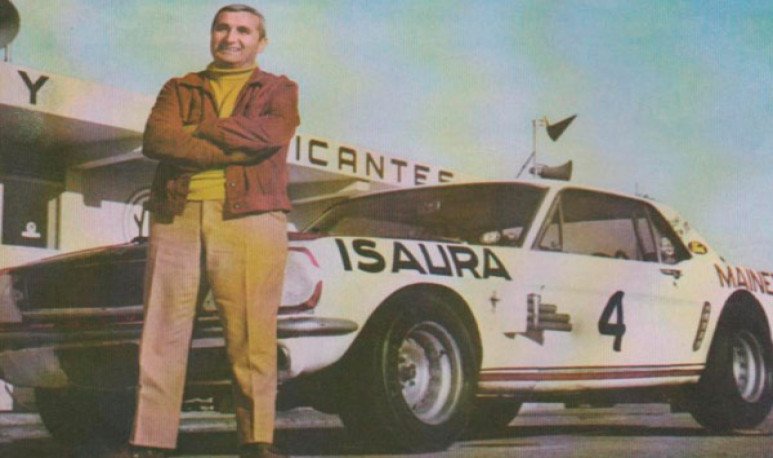 In the quiet town of Chabas, in the 1930s a restless child walked the dirt streets. He played airplane pilot, athlete or superhero. His name was Oscar Cabalén and, as a young man and moved to Cordoba, he entered once and for all the world of speed.  World of vertigo, adrenaline and danger that accompanied him until his last sigh , on an autodrome.

In those adventurous years, very soon, cars occupied his mind. The  Tourism Road  with its magic and power of attraction, won it among its followers. It was not uncommon, then, that in a Vuelta de Córdoba  in 1950, he made his debut in the category.

At that time, the work absorbed him a long time, but he always found a lofty for his passion. He went to run to Europe, where he knew how to demonstrate his ability and conductive exquisiteness aboard the best “thoroughbred” of the time. He alternated the TC's with tourism cars also descolling.
It was he who brought the Ford Mustang to the country,  running in both categories with similar success. At the TC, when the time of the revolution came, he did not stand and faced the construction of a Falcon for the earth and a Mustang for asphalt.
With method, organization and conductive talent, he managed to beat several times the fearsome official IKA team, which he dominated at that time.
That was well seen by the president of Ford Motors Argentina, and when the prototype built by Competición S.A., he offered it for his driving. A slap of fate, he wanted this genius to leave us in an accident, testing the car.And  even though he didn't win championships, not too many races, a lot of people cried because he  was a flesh and blood idol.

Life on the track

It was a cold August 25, 1967 when Cabalen killed himself in San Nicolas,  with him also left his companion “Pachacho” Arnaiz .They were testing the bluish factory Ford prototype. In one of the exits, the prototype went out of the road, at more than 205 km/h, spinning and dumping. It caught fire .The easily combustion fibreglass body vehicle caught fire very quickly with high-octane gasoline, trapping drivers in the passenger compartment. The people of that town of Buenos Aires remember that tragic moment that put a big black crepe for the glorious stage  of Road Tourism in San Nicolas.  They say that that Friday the news was running like gunpowder around the city.  Those who could go out in cars or whatever to the accident site . There was the car burcined and both crew members inside it. Some of them were taking parts of the car as a souvenir that were left in their tragic path.

They say that the Caliph, as they also nicknamed him, was talkative, very expressive, with a wide smile.  A macanudo guy. Of those simple, modest, humble, big people seriously .Dexterity of piloting; courage versus danger. The greed for business that would allow him to run, always run.Kabalen did everything for that.

Cabalén is buried in the Cemetery of San Jerónimo, Province of Córdoba.The racetrack on the way to Alta Gracia , one of the most important in the history of motor sport in our country, pays a permanent tribute bearing his name, highlifting his footprints, remembering who it was, what he did and why it is  part of the Argentine cultual legacy , beyond sports.