Did a procer die? No. Is there any historical battle commemorated? Neither. Did something fundamental happen to the country? Yes. Get on the note and find out. 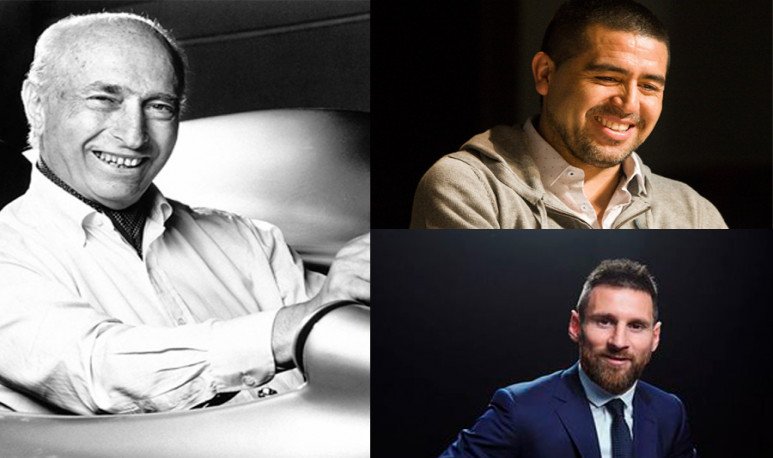 June 24 should be a national holiday. Did a procer die? No. Is there any historical battle commemorated? Neither. Did something fundamental happen to the country? Yes. Have you guessed what? In doubt, we clarify it : Juan Manuel Fangio, Juan Román Riquelme and Lionel Messi were born .

Some will say it's an exaggeration, but sport is a great thermometer for a country's culture. It is essential in every sense, because it is through sport that many aspects are sublimated that are understood as the cultural identity of a nation. In addition, these are not any kind of sportsmen. In some cases, it is necessary to separate the athlete from the human being, from the citizen. Not because they have more responsibility than the rest of mortals, but because being good at what one does does not necessarily mean being an example. But that's not the case. These three we mentioned  are examples “on and off” of the court .

June 24: a glorious day for our country.

Juan Manuel “el Chueco” Fangio was born on June 24, 1911.  Fivefold world champion  (when he was even more remarkable than today), it took more than 50 years for Schumacher to break his record. Recognized as an exemplary sportsman, not only his colleagues but also his competitors always highlighted his  chivalry, manhood of good, professionalism and generosity . Undoubtedly on the podium of the most important athletes in the history of our country.

In chronological order, the next birth is that of  Juan Román Riquelme : June 24, 1978. Born in the inferior of  Argentinos Juniors , he debuted in Boca in 1996, where he won  11 titles (including three Libertadores and one Intercontinental).  He also played in Barcelona and Villarreal in Spain. Some fans of  Boca  consider it  the ultimate idol in the history of the institution.

Finally, on June 24, 1987, the  best player in the history of football was born in Rosario.  It's so big that we don't even need to mention it: you already understand who we are talking about. He played as a young boy in the bottom of Newell's Old Boys, and at the age of eleven he was already in Barcelona (what a debt for Argentine football that has never played a first division match in our country, right?). With the team reached  a world final and two Copa America finals . For his humility, his tranquility and coherence when it comes to declaring and his peaceful private life, he is undoubtedly one of the greatest athletes in our country.