Home People Sports The Jr. NBA is again among us, the 2019 edition is coming

Jr. NBA will have four venues and it is estimated that it will bring more than three thousand boys and girls to the practice of basketball. 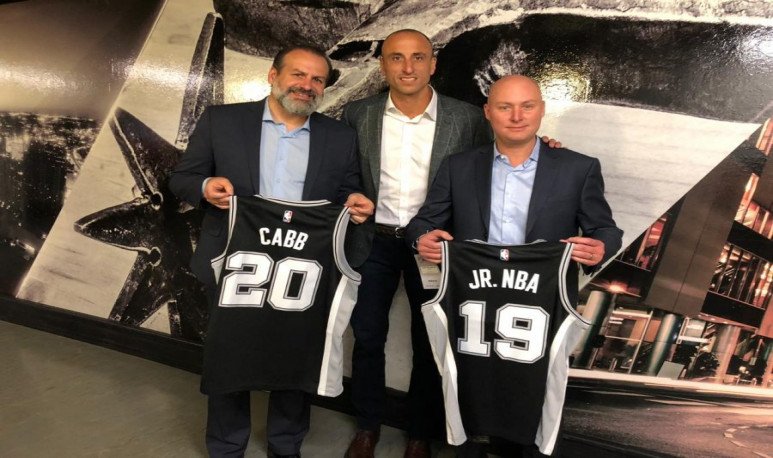 The NBA-sponsored intercollegiate league returns to the ring. It will have four venues and it is estimated that it will bring more than three thousand boys and girls to the practice of basketball.

With pride and great enthusiasm,  CABB  announces the start of a new edition of  Jr. NBA Argentina.  The youth event reaches its third year in hand with the agreement signed between the Confederation and the  NBA  , through which boys and girls aged 11 and 12 can enjoy and discover basketball and its values, representing their respective schools.

The venues that will take part in the 2019 edition of the Jr. NBA are:  La Plata, Bahía Blanca, Rosario and Rio Gallegos . Each will have 30 teams of boys and 30 girls, promoting gender equality.

At the draft ceremony each school will be assigned an  NBA  team and will receive the clothing free of charge. The competition starts with a regular phase of eight matches where the teams will be grouped into divisions. Each school will play twice against each opponent and then give rise to the playoffs. The competition will end with the dispute of the finals and the delivery of the corresponding prizes.

The programme also includes basketball training for the teaching staff, so that they can also optimize their training and work with students. The initiative will bring about 3000 schoolchildren closer to the practice of sport this year.

The  Jr. NBA Argentina  had its first edition in 2016, with four venues and great success in our country. The following year, the bet doubled and the program had eight venues, breaking all records and bringing thousands of boys and girls closer to the activity.

ABOUT JR. NBA
El Jr. NBA, sponsored by Under Armour, is the youth basketball program for boys and girls that teaches the skills and fundamental values of the game: teamwork, respect, determination and communion. The Jr. NBA is focused on helping grow and improve the youth basketball experience at the initial levels for players, coaches and families. It also offers free access to a curriculum for all levels of the game that includes 48 practice plans and over 250 instructional videos with NBA and WNBA players.

The second Jr. Global Championship NBA, an international tournament for the best teams of boys and girls aged 13-14 around the world, will be held from August 6-11 at the ESPN Wide Wolrd of Sports Complex at Walt Disney World, near Orlando, Florida. For more information and to register for Jr. NBA, visit www.jrnba.com or download the Jr. NBA app.