A day like today, Jorge Valdano was born, a boy who knew how to walk every football boulevard, starting as a footballer until he became a columnist and entrepreneur. 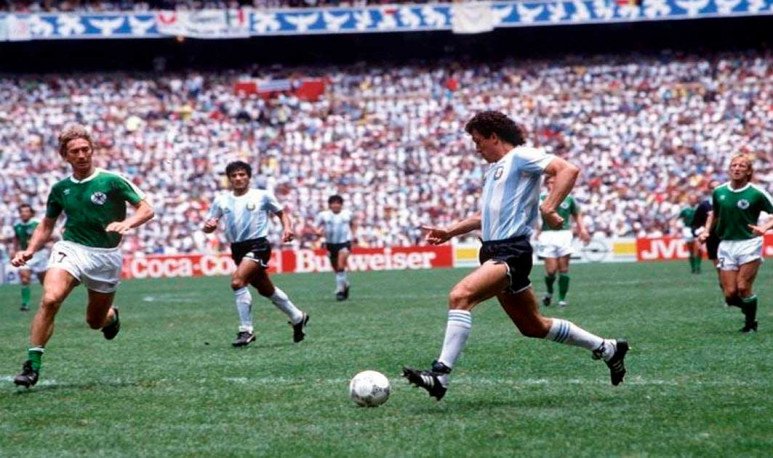 He is not an ordinary former footballer, he toured every corner of football leaving his mark on all his jobs. We are talking about a  former world champion  who with his vision of  football  has enriched literature. He was called Valdano and came to the world a day like today but from 1955 from the province of  Santa Fe, Las Parejas . Argentinian born and nationalized Spanish, began his time for  Newell's  and came to play at Real Madrid , club which was also Coach, Director Sports and General Manager. It differs from many footballers because it is a great find in literature writing a considerable number of books and columns in different newspapers.

He embarked on his football trip in Newell's at age 16 doing inferior until he hit the first jump. There, in 1974, he managed to be part of the first leper team champions of the First Division. His gambeta and speed, aroused an interest in Europe from the multi-champion with Real Madrid,  José María Zárraga , who at that time was manager at  Deportivo Alvaés .

In 1975 he arrived at the Alavés club at only 19 years old, which occupied a place in the Second Division, stayed four seasons adapting to Spanish football until he was signed by  Real Zaragoza . In that beautiful city, he spent five seasons playing 143 matches and scoring 46 goals, perfected his style of play to be a more complete player and get the reward of being hired by the mighty Real Madrid in 1984.

The longing of an athlete

With great conquests under the arm like  two leagues, a League Cup and two UEFA Cups , together with representing one of the most important teams in history, were enough to be part of the  1986 World Cup in Mexico .

The great opportunity to be remembered by his homeland came true with outstanding performances and scoring 4  goals , one of them in the final against  Germany , as Valdano himself tells you: “ Play a World Cup and a final of the world was a recurring dream since a child. In the 11th minute of the second half, black Enrique touched me passing the half court, surpassing the German mark, and all the way to the bow I was praying a prayer to the ball, which in short said: Come in!!After the goal, I thought, will it be true?Will it be a lie?Is it the real world or is it again the dream of a lifetime? I was afraid my mother would wake me up...”

A year later of palpating the sky, he was detected a Hepatitis B that withdrew him before football time. Although he continued always linked, first being a commentator on some programs until the end of the coach course and try your luck with the DT suit.  Deportivo Tenerife  took his services to save him from relegation to eight dates of ending La Liga. The result was satisfactory and prompted his beloved club, Real Madrid, to agree on his contract to sit him next season in the demanding merengue armchair. After two seasons in the club he was removed from office winning a League. His short career stopping the initial 11 ends in 1997 after a brief step through Valencia where the results were not as desired.

And it was for more

To have football in the palm of his hand Valdano needed to be a leader. To surround him completely, he was Sports Director from 1999 to 2003 and as Managing Director in 2009 to 2011 both in his old and well-known house, Real Madrid.

The planet of the ball is full of characters, many of them former footballers, who stand in front of a camera simply for being known as opposed to having a long experience in the field. It is not the case of Valdano, who with extensive experience as a  player , DT and even in the business sphere, made a place in the media thanks to his beautiful look at football that plasma in his books and journalistic notes.  It's definitely something else . With his experienced pen he conquers the reader and takes him through different emotional places. Not to forget that in his already old and worn pen he carries a world championship.

Contagiate with solidarity: the history of the Rojas family that moves the country