“The Jaguars” were crowned Super Rugby Runners-up when they fell against Crusaders by a little margin, and in a very closed match. 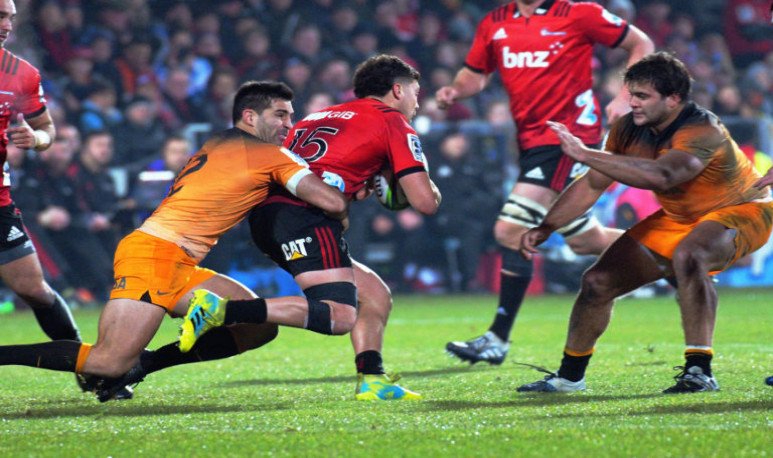 The good level that the Argentine team “Jaguares” had hit Crusaders. The best of the competition during the regular  season  that had been champion in the last two years. So, we're runners-up.

While the two teams that scored the most points throughout the season faced, during the eighty minutes the game was closed. And there was hardly a try, which supported the hooker Codie Taylor. For Jaguares it was the first match of the year in which he failed to score a try. The difference was in the penalties obtained and Richie Mo'unga's 100% effectiveness. One of the best players of Staff Super Rugby, who contributed 14 points.

“It was a final on all terms. In the finals, in general, opportunities are few. Fixed formations are key. And the defenses are stronger than the ability of the attacks to find spaces,” said Gonzalo Quesada, Head Coach of Jaguares.

“In turn, I think another reason for pride was that these New Zealand teams have several moments that break you. And we always managed to cope with it and that, without a doubt, is the merit of the players.”

The two clearest occasions were in the hands of Matías Moroni. In a play of the first half that Pablo Matera made. He was a few inches away before he was tackled and lost the ball. While in the complement did not reach a risky kick from Domingo Miotti. While those actions could change the development of the match, Crusaders won without problems. And he became champion for the joy of the stadium filled in Christchurch.

“I think players have to be proud to have gotten this far, sometimes it gets lost and sometimes won. The kids have to be happy to have reached the end of this important competition,” said Quesada.

“Jaguares” closed a memorable season in its fourth year of competition. And it was just a step away from the title. The evolution from year to year is considerable and the constant appearance of different players allows Argentine rugby to be excited about the future. This time, the title was left for Crusaders.And “The Jaguars” were Runners-up.