Home People Sports Is it good to lose playing well?

Following the double elimination of Boca and River by the Copa Libertadores and in the hands of Brazilian teams, we wonder if it is worth losing leaving a good image or if simply what is worth is the result. 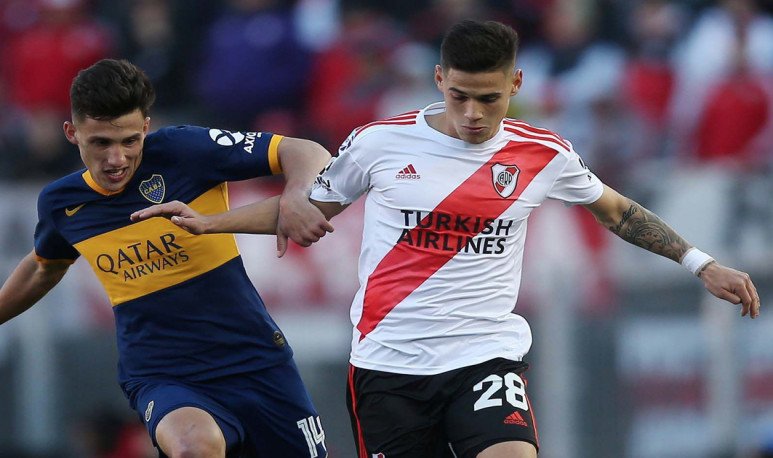 After the elimination of  Boca with Santos  for a total of 3 to 0 and the same consequence of  River against Palmeiras  for a global of 3 to 2, and after the very different image that the two teams have shown, the question arises us whether we should stay with the elimination or the attitude that has left us every team. Does it really matter how to get eliminated? Does something change the fan?

It is mainly necessary to understand that in the first leg of the  River  Semifinal against Palmeiras the team led by  Marcelo Gallardo  had suffered the thrashing by 3 to 0 as a local on the Independiente court. In a really weird match where millionaires made mistakes that the Brazilian team capitalized very well. First was the miscalculation of goalkeeper  Franco Armani  who gave Palmeiras the lead in the scoreboard, then the poor score of Paraguayan Central Rojas who earned him the second goal and, finally, a foolish expulsion of Jorge Carrascal. These errors in defense left a very difficult return match, but knowing the DT de River we knew he was going to face, that the team was going to respond. And so it was. From the beginning of the match it was an overwhelming dominance on the part of Nuñez, who did not stop attacking and closing spaces so as not to leave the match to their rival. It was such the superiority that was found in the halftime winning 2 to 0 and a shot to tie the series. But there were some controversial failures of the Var: one of them prevented him from the third goal by a dubious offside and, in addition, cooled the match at decisive moments where River was a hurricane that swept away any green jersey that prevailed in its passage. Leaving aside those controversial moves, River left on court its essence, its DNA that characterizes it since the arrival of the doll.

Very different was the  Boca  Semifinal against Santos, in the first leg in the  Bombonera  they tied at zero, showing both mutual respect. The two teams were constantly measured, but that tactic ended up being very favorable to the away team that did not receive any goals. The team of Miguel Ángel Russo was getting good results, leaving aside a little bit the game that was not the best but reached to get so far in  La Copa Libertadores  and so also in the local championship. In Wednesday's return match on Brazilian field he left much to be desired and not only in the tactics of play but worse, in attitude. From the beginning he continued with the same position of that first leg, but the rival changed his face. He began to disturb Boca with collective plays and high pressure that allowed to recover and attack quickly. The first goal came and there were no answers, there was no spark, no jumbling, no player who stands out and a DT surprised. In the second half we thought Boca would take the initiative since he had to convert a goal to pass to the Final, although it was quite the opposite, Santos's second goal reaches 4 minutes of the second half. A slap against a team that didn't react or was going to do it throughout the match. He finally sentenced the Lucas Braga match.

Boca playing very badly could not pass to the Final and River playing well either.   The result is the same, but the process is completely different. Water and oil. I think the river fan has no things to claim in the return match, the players went out to look from the start for the heroic, demonstrating a high-flying football and a seldom seen attitude in South American football. I was determined to go upstairs to Palmeiras, for pride, shirt or glory, but with a very high forehead. Surely despite the sadness for not achieving the goal, this leaves fans and their DT very calm.

The passivity with which Boca played, one of the teams with the most international history, was desolating. You never really saw a minimal reaction from the players or the coach with their changes. Boca was completely sedated. numb from head to toe, eyes wide open but not really able to see where they were standing. They seemed dizzy to the point of not knowing they represented such an important T-shirt.

In conclusion and with my humble opinion the fan of Boca, as well as the institution, will surely be devastated for the future it holds. You will need to reflect deeply and generate a change in your workforce. A change of mindset, no doubt. Because it is quite possible to lose a match in the Semifinals of the Copa Libertadores and that you have not played well, what can not be negotiated is the size and the presence.

A generous country, a mensa metaphor

The strength of the networks and the empathy of the Argentines: a drawing helped to change the fate of a tucumano