Lionel Scaloni, new technician of the national team in dialogue with the Official Website of the Argentine Football Association left interesting concepts. 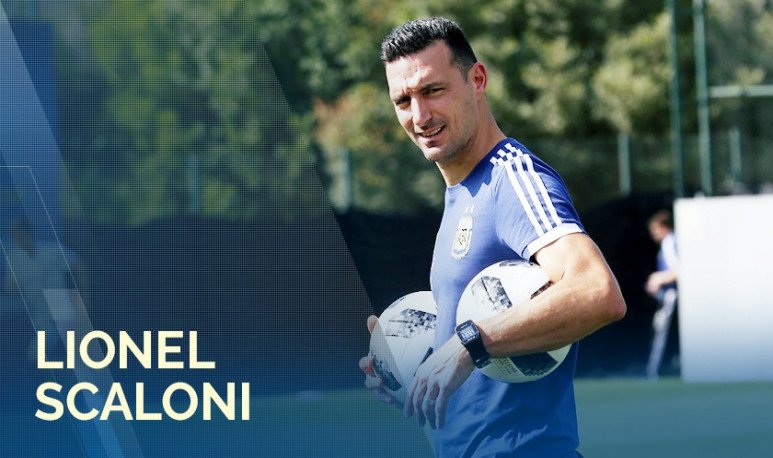 Happy because the goals we set were achieved, which were to contribute as many players as possible to this new team. And glad to have the possibility to continue that is a little confirmation of these six months. Try in the next six months to get something more of the same. Something more important if you can. To consolidate a team already if possible. And above all, compete in an official tournament that has an added difficulty.

I think it's a little bit of continuity not just for me but for the entire technical staff. The way you work, the way you feel what it's like to play with this shirt. How players interpreted it that I think that's the most important thing. Otherwise we wouldn't be here.

We are grateful to them. But I think it's a little to continue with everything that the coaching staff has provided, not just me, who am in the lead. Thanks to them, to the coaching staff, we have done in six months something that can be very nice for the future.

Does Lionel Scaloni bother that they say he has no experience?

No, it doesn't bother me because it's reality. Any coach in the world who logically starts has no experience. He's grabbing her over time. Some start in one category, others start in another. I had the opportunity to be in an important coaching staff.

In Seville first, in the Argentine National Team later. And well, the experience is what I have. Logically there are people with a lot more experience than me and that's obvious. I can't be angry that you say that because it's the truth.

I'm not saying I talk to Messi very often, but we do have a relationship. And now at this time we will talk to him to try to make it join in 2019. It's a talk I have to do. Logically for us, it's something important. I always said that any coach would like to direct it, me in particular a lot more. We have a talk with him pending that we hope he will end in the best way. We are all optimistic in this regard and I think it will be positive.

Continue consolidating players, now with the added consolidation if you can a team. Not a fixed eleven but a team in a fairly certain way of playing. And above all, thinking that we have a competition with the idea of competing to the maximum. But with the aim of continuing to add players. Especially people who contribute different things to this Selection. We are confident that young players will continue to come, to try to make it an already quite homogeneous group for the Copa America.

Trying to get to the World Cup. This team has to reach the World Cup in the best way. Within that road there is a Copa America, then there will be another one and will be the Qualifiers. Logically, always the first goal is the most important. I don't know if it's a mistake to think we can win it. I think the important thing is to go compete for it. Give the maximum. Play with these guys who have shown that they have the possibility to play equally with everyone. If you win later, perfect. But if you don't win, surely the attempt has been to the fullest and that's what we have to take.

I'd like to go to South American. He meets a bit with the Copa America draw, but yes, let's wait. We're all confident with this Sub 20 Selection. With the new coach, with very capable people. We hope they reach the final stage and there go to support them because it is a very interesting litter of players for the future.

It wouldn't be crazy to see any of them at the Cup. Logically we have quite limited quotas. There are many players in the Major Team who have done it very well. But why not think that one of the boys in the U20 can play the Cup. And why not the World Cup Qualifiers? There are very capable people. We believe that in this category Sub 20 there are very valid people who can give and contribute things to us. We know them, we have them in view, and we let the boys know that.

Nobody has the doors locked

The reality is that the doors are not closed for anyone, they were never closed for any player. Yes, it is true that we have a lot of trust in those who have come. We think the following list is not going to differ much from the last ones. With some nuances, but logically these guys have priority. Repeat, there is no closed door for anyone. The Selection is an invitation to anyone who wants to come. I always had the utmost predisposition for all players to come. And I don't have anything to say about that.