The first championship of Independiente was in 1938, and came from the hand of an unforgettable team, full of exquisite standing figures. 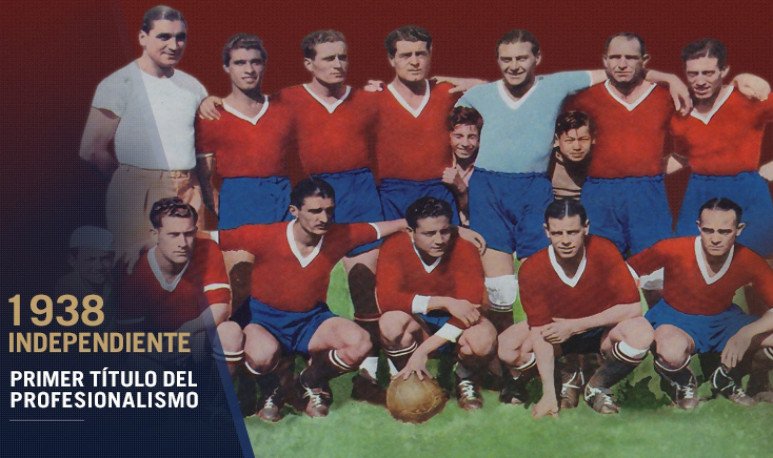 The passage of time was in charge of putting this group of champions players as one of the most outstanding in the rich history of a club like Independiente. With Arsenio Erico as top scorer of the contest and Vicente de la Mata and Antonio Sastre as the other great figures. He turned out to be an undisputed winner. That amazed his fans with a high quality football that displayed date after date. After 32 days, he finished with 53 units (25 wins, three draws and only four losses). In addition, he recorded 115 goals in favor, evidenced his great offensive power.

On the last date, he beat Lanús and became champion in Avellaneda. With the victory, he finished two units ahead of River, his immediate pursuer. This was the first title of Independiente during professionalism, and the first of a bicampeonato, since the following year he also took the Olympic round after another excellent season.

Full squad of Independiente champion of 1938