Home People Sports If Saint Martin resurrects us all

Theme of the week: the Superfinal. 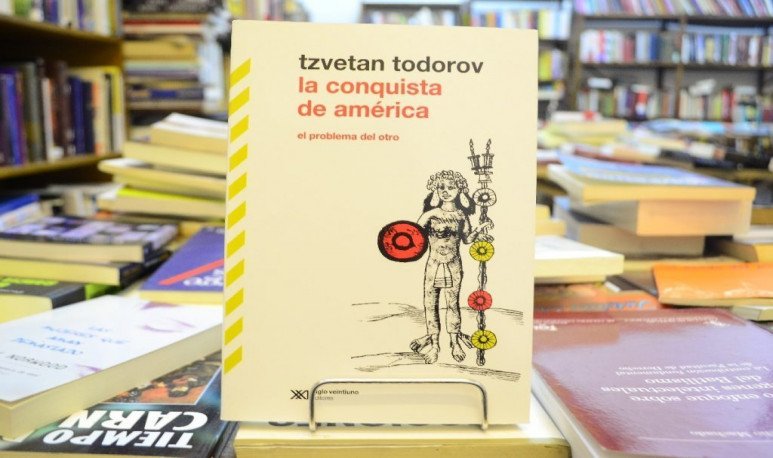 When you read like a madman, like the world is over tomorrow and we can't read anything else, two things happen. First of all, the most unfortunate thing, you start to take the texts as a cocaine addict: it is almost not important what we are reading at that time, the important thing is to finish it in order to move on to another. The faculty wreak havoc on my reading. But there is also another consequence, a much more pleasant one by the way, which is the following: even if it is by mere statistics (and if we have the radar more or less sharp, the probability is higher), the ratio of good texts that we are incorporating (the word “incorporate” is not arbitrary, it is the mode in which I consider that what I read is in effect). In short, this almost cathartic perorata has only one goal: read  The conquest of America, the question of Todorov's other  . It's one of the books that changed my life. Summarizing it to a line (sorry Todorov!), the book exposes, from a point of view that we could almost call anthropological, the symbolic principles of the conquest of America, principles which, unfortunately, in many cases continue to operate today. Now, what does this have to do with the superfinal? When they read it (and I'm sure that the readers of Ser Argentinean are very curious and cultured, so many will certainly have already read it) they will understand me. But I give you a clue: the “Libertadores de América” cup is defined in Spain. Yes, in Spain. Not in the United States, the Middle East, Italy or, up to (and look how far I extend), England. No. Spain. Liberators of America. In Spain. Symbolic violence is one of the greatest I saw, probably the largest that have happened from 1816 until today. Then we can discuss whether it is okay for us to play outside the borders of our country (in fact, we will discuss it in tomorrow's note), but that it is done in Spain (especially in the Bernabeu, home of REAL Madrid), seems almost irrational to me. Not only is it a UEFA stadium, but not happy with this, it belongs to the team that will play the final of the club world championship with the winner of River−Boca, which in his name includes the peninsular monarchy. Don't you think, low, a colonizing air is being refloated? Can you imagine the Champions final at Monumental? (If someone's plot is “these things don't happen there,” I invite you to google the video of Liverpool's reception to Manchester City, I think it flies to a Molotov.) But maybe he's about reasoning. Don't give me a ball. It's the risks of reading too much.