The Mendoza hockey player Pablo Saez decided to emigrate to Europe in the midst of the pandemic and with his whole family. He is surprised by the human warmth of the Swiss. 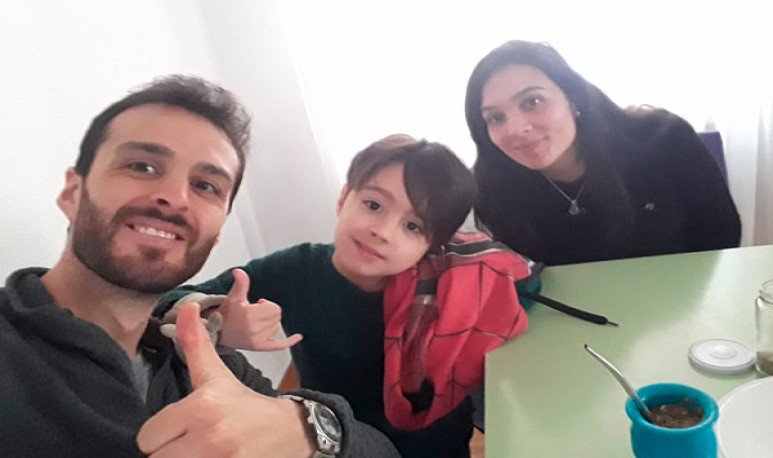 Pablo Sáez is a prominent mendocino roller hockey player who, averaging 35 years of age, decided to take a difficult step with his family.  Leave everything in Argentina, in the middle of the pandemic, to venture into  Switzerland . Pablo confesses that, at first, he thought to meet people very different from Argentines, but “the truth is that he has exceeded expectations as to the human warmth that Swiss has.  They're pretty similar to us in terms of closeness. The concept one has of European people, who are very cold or dry in terms of their way of being, is not so . Honestly, in what is this area, the Italian part of Switzerland, they are more like us. We felt really good. We are gradually inserting ourselves into society, in its  culture , and it does not cease to surprise us every day. Everything is very nice.”

As for his arrival in Switzerland, Paul stressed that quarantine in between, he quickly started to train and work.  “ Immediately, we arrived on October 1. We had to do 10 days of quarantine,  and by day 11 we were already playing and starting with the work with the bottom and as a coach and player with the first category as well.  They have fulfilled everything and we have met people very similar to Murialdo,” says the skilled hockist who, takes advantage and highlights the Mendoza team that served as a stained glass window to find this future in Switzerland . “They call us, they ask us if we need anything. There is a lot of containment.”

Historically, Spain and Portugal have stood out as the most powerful teams in the sport of stick, skates and boccha. However, with a lot of effort, other countries such as Switzerland have set a similar goal, and are trying to achieve it. “ At this time, Switzerland is bringing Argentine players, such as Mendoza, Sanjuaninos or Buenos Aires. The level of hockey here has to start growing . Make me remember what French hockey was before. With a slightly lower level than Italy, Spain or Portugal and the truth is that today France is almost up to them. I think Switzerland has a great opportunity to be able to do something similar and, tomorrow, to be able to insert itself at a higher level than it has today. And he's working for that. It is also the target for which I came here to Biasca.”

However, he knows that, still, the Portuguese say: “  Portugal 's hockey has taken a lot of attention here. He currently has the best league in the  world ,  with the best players. The level that this league has today is what Spain or, before, Italy had a few years ago.”

Pablo is a man of experience in hockey. Not only because of his age, but also for everything he lived in Argentina and, also, for his previous passage through Europe.  From so many anecdotes, he learned that “everything has to be accompanied by people who want to work, planning and organizing what you want as a project.  After that, the changes are seen. When you plan for the long term, the results end up coming.”

The second wave of contagion

The growth of cases has led to important measures: “ At this time the competition has stopped until November 30. Workouts have continued, but with   protocols . I had to present a project of how we were going to work as a club and it was approved. But the Swiss championship is not being played. After November 30 we will see if we continue or if it will still be stopped.”