Santafesino Sconochini fueled the captain of that legendary team that won the Olympics. However, not many remember it. 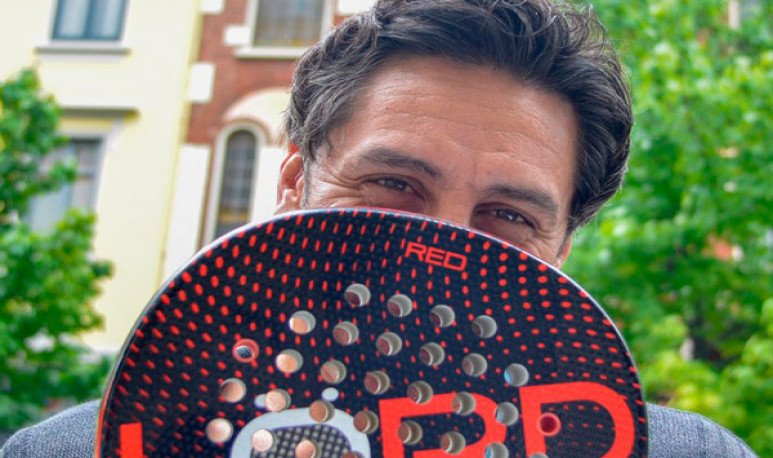 Every time we think of the best Argentine basketball players, the Golden Generation automatically comes to mind. That group was made up of several phenomena. However, one tends to remember Manu Ginobili, Luifa Scola or Chapu Nocioni, the usual ones. But  other players from that same litter were also real cracks and have been half oblivion by the fans , as is the case of the great Hugo Sconochini.

Hugo was born on April 10 in Cañada de Gomez, Santa Fe. At the club level he had a more than respectable career. Product of a discovery by the great Leon Najnudel, he made his young debut at Sport Club in Cañada de Gómez, his hometown. It was the late 90s. Sonochini won the eye of all fans and  in 1990 Italy's Reggio Calabria took him for Serie A,  which at the time was the most prestigious European league.

In Europe he continued to play in major teams such as Olimpia Milano, Virtus Roma and Panathinaikos from Greece, until he arrived at Kinder Bologna in 1997. In that club he spent the best years of his career, having won two Euroleague titles: the first in 1998, and the second in 2001 (with Manu as a partner) being removed from the squad by an unfair positive doping.

In 2001 he arrived at the powerful Spanish Tau Cerámica , with which he became champion of the ACB League, and finally returned to Italy to go through Milano and Virtus Roma, where he completed his professional stage in 2006. He currently continues to reside in Italy thanks to the fact that sport is still part of his life: now as a player and padel instructor.

On the side of the selection, he also had a very important path. His good performance in Italy made it one of the biggest promises in our country, but his bad relationship with controversial coach Guillermo Vecchio has prolonged his arrival at the national team. He recently managed to make his debut, already under the direction of Julio Lamas, in the 1997 South American in Maracaibo .

Its level grew and grew, and in this way  he won his place for the 1998 World Cup in Greece,  which meant a generational change in the team, as there other players from the future Golden Generation debuted, despite the eighth place achieved.

It was already an indispensable piece for the team, always signing good numbers. And as it could not be otherwise, DT Rubén Magnano counted on him for the Indianapolis World Cup 2002, in which he had great matches, but he will always be left with the thorn of foul against him that did not charge us in the final against Yugoslavia.

Interestingly, after that runner-up he decided to depart from the albiceleste to give the youngest a chance. But finally Magnano ended up convincing him to be at the 2004 Athens Olympic Games  , and not only that, but also as the captain of the team. Well, what happened in Athens we already know by heart, we don't even need to remember. And beyond that championship already felt their 33 years and did not have the same offensive weight as in previous years, no one can take away what was danced to the great Hugo, the golden will always have it.

What we don't usually know about stars

Every way to sports stardom speaks of a lot of sacrifice.  There is no talent that allows you to be exempt from suffering by enormous efforts.

True, the possibility of going to Italy from Sconochini was given purely for its quality (the Italian scouts came to Cañada de Gomez and saw him play only for pleasure on a little pitchita. He was totally out of physical form). But from then on, it was a lot that had to happen, being very young, to be able to succeed in Italy. Sconochini  remembers that he was happy in his village, doing what he liked.   He played in a big basketball club in the Argentine interior.

On leaving, even when he was a minor, Hugo remembers that his mother gave him permission but wanted the ticket to be dated back.  It was the first time he left the country that first Christmas came back with the return ticket Mom asked for. But it was the only Christmas that happened in Argentina to this day.

Sconochini suffered a lot for those first three months, because he missed a lot. With the other Argentinean who left with him, many nights were crying hugged. Several years later, he filled his teammates from Argentina National Team with hugs, in the highest achievement of national basketball.

Thank you so, great captain.