Home People Sports How did you get to Boca's shirt?

We all know the history of Boca's shirt and the Swedish boat. But if you go into the note, you're gonna find out something you most probably didn't know. 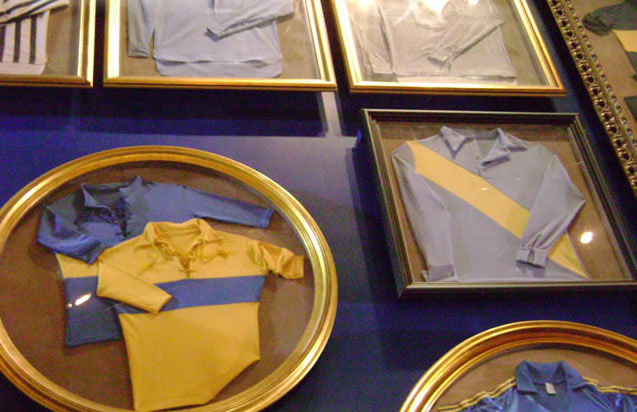 Since its foundation, Club Atlético Boca Juniors has worn different colors on its shirt. Although there are almost no records, scholars agree that the first was pink. As expected, his rivals mocked the election. Tired of this situation, they switched to a black and white vertical stripes, then a whole sky blue (similar to the current Club Atletico Temperley ), later a whole blue and finally a white and blue vertical lines. And here comes the juicy part of the anecdote. Club Almagro had a very similar shirt. There was no room for both of us. What did you do to settle the matter? The most logical thing: they were challenged to a match. You can imagine well: lost Boca.

After accepting the defeat, the question was: and now what colors do we use? This anecdote is a bit best known: downcast and angry at having to change identity, decided to leave it to luck: the president of the club was Juan Rafael Brichetto, who also worked as port operator. That's why he decided that they would use the colors of the of the first ship passing the next day between levees one and two. He boat, as we already know, was a Swedish fishing boat. The importance of a T-shirt

In the first reason, one might think that something as important as the chromatic identity of one of the most important clubs in the world have emerged from a random fact is something, at least, striking. But if we we put to think, isn't it a metaphor for many of the important things in the life? Is it not, the intrusion of chance, more frequent and more defining of What do we think? For example, let's try to remember how we met our couples. Or how we choose the profession we choose. Or how we found the house in which we live. The leaders of Boca were teaching us a lesson that neither they realized they were giving: let's relax a little and have a drink. decisions without so much neurosis. It really important is how we play the game. The color of the T-shirt is I almost miss it.

Benjamin and an unforgettable try at Jujuy

Another country, other eyes