Godoy Cruz closed a three-time historic champion with a goal over AMUF. The tombinas are the first to add three titles in a row at the LMF. 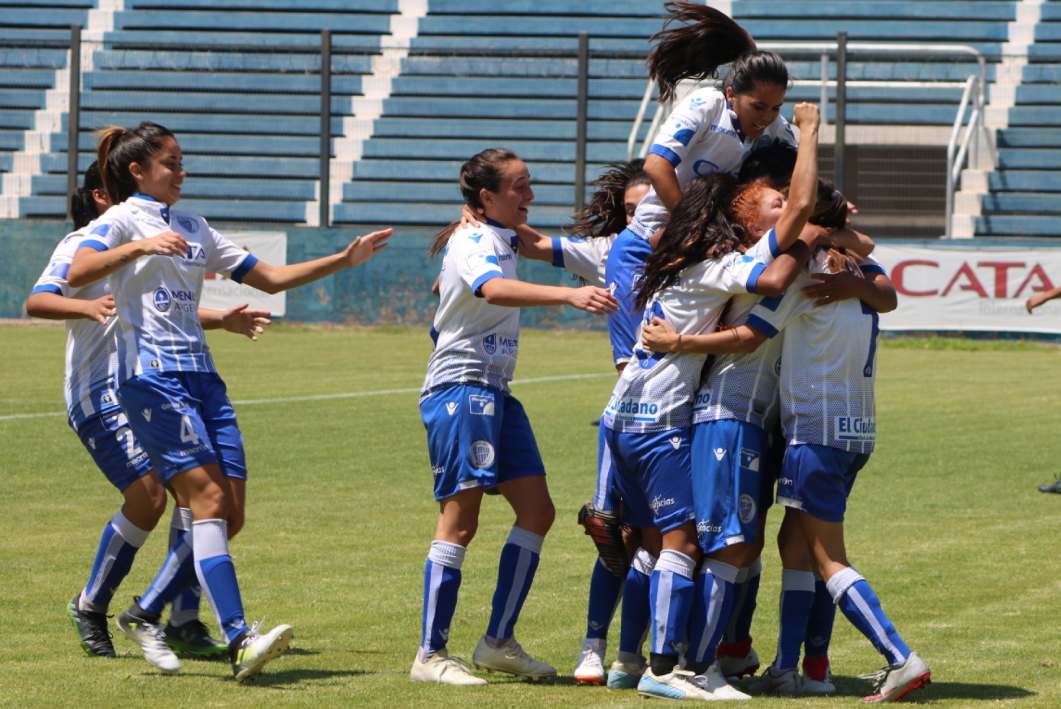 Godoy Cruz scored 4-0 in the closing of the tournament Clausura 2019. In this way, Tomba directed by Alexander Oldrá made history in the Mendocina League, as he became the first to achieve a three-time champion. And from start to finish. Not only did he win, but he ended undefeated, and with Verónica Cabrera and Karen Giménez as the top scorers of the championship, just as he had done at the Apertura. Thus, it was a dream 2019 for the tombinas girls, who grew up over the years and are now shown as invincible.

Last weekend was played the last date and the Bodeguero beat AMUF4-0, with goals from Malena González, Vero Cabrera and Karen Giménez, from prison.

Undoubtedly, his score with no goals against, unbeaten and maximum points, crowned them to be definitely worthy of a new title and consecutively.

In the Closing 2018, the tombinas defined the final with The Pumas and for penalties. This tournament is being played in two zones. In the B, Godoy Cruz ended with 21 points, 7 matches played, 7 won, 32 goals favor and 1 against. At Apertura 2019, under the dispute over the Olympic system, that is, from all against all, was widely winner, adding the largest number of points: were 40 units, in 14 matches, product of played, 13 won and 1 draw, with 49 goals for and 8 against. And now, in the Closing this year, and with the same dispute system, the Tomba rose with the third cup after scoring 33 points, 11 games won in 11 played, 51 goals for and none against. A hell of a campaign!

The words of the coach

“ The girls who came joined in every way, from the first tournament to the last. And the new players who joined were were adapting to the ones that have been crowned. The balance sheet is very positive, it's not common to be winning for a year and a half, and undefeated. And that's it. very important for them because they go out on the court with a different mentality. He's got it. deserve, is the result of training and killing each other in each practice to achieve the goal”,entrusted the coach, Alexander Oldrá.

80 percent of this three-time Tomba is formed by players who play infutsal. But the football of the once, equally requires other game concepts, strategies and a structure different. For starters, there are more players and spaces, more wide.

In this regard, the coach, analyzed:“In the case of Mailén started on a big court. 'Mica' and 'Caldo' (Florence Ogara) had played very little on eleven, and Paula Leiva comes from Gymnastics. Then you have to 'Colo' Giménez, who is one of the best players of the tournament and plays only in eleven. Brisa Berardi and Malena Gonzalez do not play in the room. The others do come from futsal, but it's not the same. I usually go watch them play tournament, but for me they play much better on big court.”

Could you highlight the qualities of this equipment?

“ The archers made a great tournament. In this Clausura was better than in the Apertura because in this we did not receive goals. AND The defense was brilliant, that's why the archers were fine, too. guarded. Then I have a central like Ogara that's different. And the flyers, the best Godoy Cruz has. Zabaleta, Leiva, Aye', Malena and Priscila,who are footballers who play outside, have arrival and a lot of technique, which makes it easier to reach the goal. AndColo (15) and Vero (17),are bravas. They have 32 goals between the two. They competed with each other in the scoreboard, but always prioritized the equipment. They were enabled and understood very well throughout the tournament. They left aside the individual protagonism to make this a whole”, ce

Improvements in the mountain village of Las Cuevas