The Magician Coria is the best tennis player in the history of Santa Fe. We remember the most outgoing of his career. 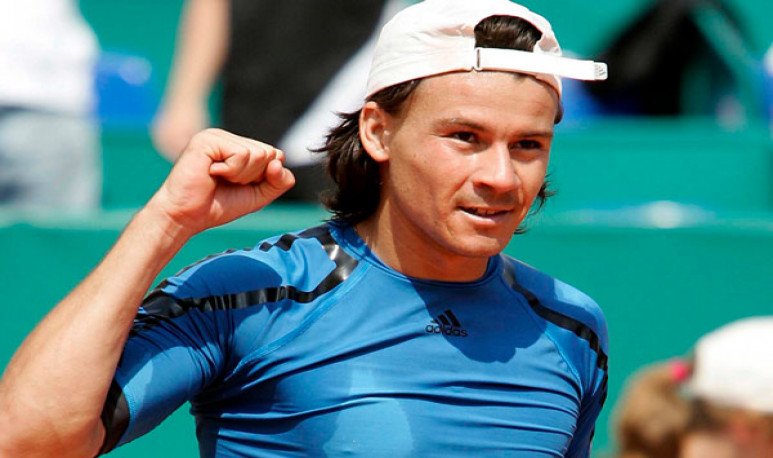 Guillermo Coria,  better known as “El Mago”,  is one of the great references of the Argentine Legion of Tennis. He has won 9 professional titles, 7 of them ATP tour and 2 Master Series. Grand Slam didn't win any. We all know that, that we remember the historic final in Paris against Gaston Gaudio . Coria didn't win Roland Garros, but was one of the best players of the moment on clay. He did not win Roland Garros, but he was nicknamed the “Magician” by his compatriots. And yes, he was a real magician. He did magic with his hands, but he didn't have a simple career.

Coria was born on January 13, 1982 in  Rufino, Santa Fe  and his father taught him to play tennis shortly after he learned to walk. Since that moment, he did not stop playing, entering the Professional Tour in 2000 after beating his compatriot David Nalbandian in Roland Garros Juvenil. Oh, one fact: tennis fans, they named their son Guillermo. There's no need to explain why.

In 2000 after his jump to the professional leagues he won his first tournament in Iquique, Chile.2001 would be a very difficult year for Coria, since, at the beginning of this, already with fame and renown, a thumb was injured.That left him outside the courts for three full months. Once recovered he was suspended for 10 months in the tournaments for obtaining a positive result in an anti-doping. Very hard.

In 2002, he was forced to play challenge tournaments, as long as he was inactive he threw him to the 200th place in the ATP. But Coria came back with all her passion in 2003.He made an impressive leap in the rankings by finishing fifth in the TOP 10.

A lot happened in a couple of years

In 2003 he saw him win a Master Series and accumulate renowned victories among the press. He was named the player with best performance on slow courts, with 38 wins and only 5 losses.In addition, he won three tournaments in just three weeks without losing even a set. On the personal side, he married his teenage girlfriend and moved together to where he currently resides:  Venado Tuerto .

2004 came and it seemed that it was the year of the definitive consecration. Things went well the first half of the year, obtaining the title of Monte Carlo and reaching the final of the Roland Garros against his compatriot Gastón Gaudio.This remembered fall was very strong for the Santafesino, who was everyone's candidate. After that, a shoulder injury took another four months off the courts. Despite having reached number three in the ranking, it was not known how El Mago would replenish from such a end of the year.

In 2005 he received him timidly with only one title, but managed to hold his place in the top ten, reaching the round of 16 of all the Grand Slam. He reached the finals of the Monte-Carlo and Beijing Masters, but on both occasions Rafael Nadal would keep the victories.It was never said that directly, but I think that was another factor of Coria's decline.Nadal's figure began to emerge as the best player on brick dust. And that was the place the Magician dreamed to occupy for a long time.

In 2006 Coria suffered a terrible decline in her career, leaving the ATP TOP 100. His serve ended up being baptized as the “king of double faults” and then retired to rest to regain his confidence .

Being able to be happy outside the courts

When the Magician Coria appears, currently, in the media, he often sincerely says that today he is  “surnistically happy.”  It is not little to have achieved that, after a bitter closing of his professional career. He once said, with great clarity, that in the final of Roland Garros he did not lose it in 2004, but the previous year when he fell in the semifinals to the unknown Martin Verkerk. If he had dealt with that commitment in another character, he could have reached that of 2004 without the weight of facing his first Grand Slam final. Today, everything is history.  Coria has a spectacular tennis academy  and her sporting happiness passes by. See the children's passion for starting to play. In addition, he is one of the captains of the Argentine National Team, sharing the role nothing less than with Gaudio.

Coria was a magician with the racket. Maybe both he and those who saw him dreamed of seeing him get much higher in his professional career. But being the best in the world in brick powder, title that Vilas held until Nadal's arrival, is not little, although Guillermo Santafesino has achieved it only for a year.