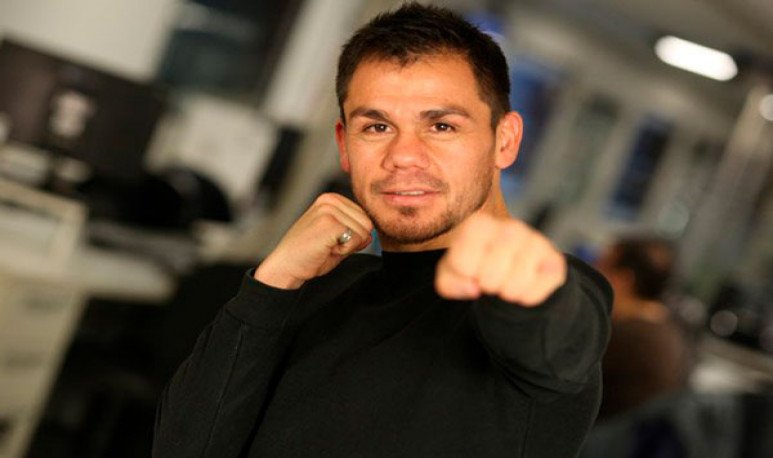 Mendoza has been the land of boxers, historically. In fact, the first Argentine world champion was a Mendoza, the Olympic medalist Pascual Perez. But to Pascualito are added  Nicolino Locche , Hugo Corro and Pablo Chacón, among others. Thus, Mendoza boxing fans have witnessed historic fights and belts of the different entities that nucleus sport worldwide. One of them was  in 2007, at the Vicente Polimeni stadium, in Las Heras, where Juan Carlos “Cotón” Reveco was crowned champion of the minimosque category, of the World Boxing Association.

Reveco was born on August 25, 1983, in the city of  Malargüe , 350 kilometers from Mendoza Capital. From very early, his boxistic conditions dazzled, and that is why  he was summoned very young to the Argentine amateur team,  for whom he participated in many international competitions being part of a litter that brought enormous values to the national boxing.

His professional premiere occurred on April 23, 2004 when Ernesto Maldonado knocked out in three assaults. And with a brilliant undefeated campaign and just 11 fights as challenged, the “Cotón”, as it is popularly known, had a huge international opportunity  to participate in the evening “KO a las Drugs”  held in  Cordoba .  There he beat the world ranked Freddy Beleño by points to win the Fedelatin AMB mini belt in what has been his entry into the close-ups.

Four more victories, including a defense of the Fedelatin title, led him to the World Cup chance, for the WBA crown.  He faced Thai Nethra Sasiprapa for the vacant scepter and knocked him out in seven rounds on his night of glory . It was on June 22, 2007 at Polimeni, Las Heras.

A defense at   Luna Park  (KO 5 against Mexican Humberto Pool) and a trip to Paris to face local Brahim Asloum (with whom he lost closely by points) were the closing of his first stage as a champion.

The reconquest of the title Fedelatin and subsequent defense gave him another World Cup passport on the side of the AMB and for the Interim Miniosque title. Thus,  he traveled to Mexico to face the local Humberto Rosas in Cancun, who received a boxing lesson and made it possible for the “Cotón” to become a champion again.

In his second stage as owner of the diadem minimosca AMB (which was later granted on a regular basis), Reveco made two defenses, both in Mendoza, knocking out Colombian Ronald Barrera and Mexican Armando Torres.

It should be remembered that his last fight was in February 2018, in the United States, where he tried to recover the fly crown of the International Federation, losing to Filipino Donnie Nietes. Thus, the numbers of Cotón score 35 wins, with 19 by knockout and 2 losses.

Looking forward to coming back

Reveco is training, since early 2019, thinking about a next and final fight. Although he has not ruled out the possibility of getting a fight for the world title again.

In 2014 he thought about his retirement. He was standing for four months. However, an elite sportsman, who has lived to train, does not give up the activity so easily.  And that is why he remains in practice, firm under the orders of his coach, Hugo Corro, waiting for confirmation of a new climb to the ring.